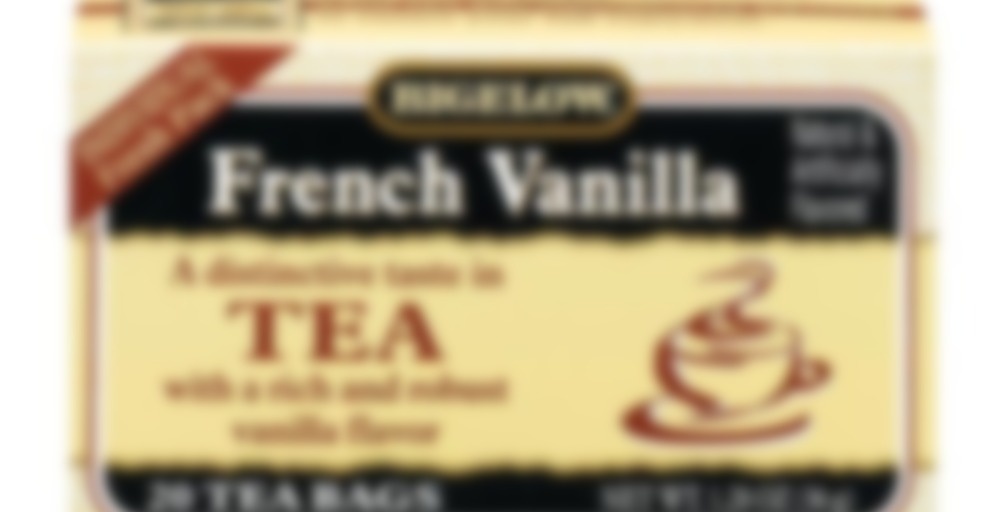 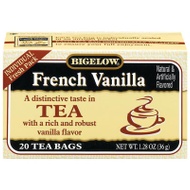 The creamy flavor of vanilla brought together with a robust black tea forms a classic combination. It’s exquisite, it’s indulgent, it’s delectable, and with a little bit of milk and sweetener it’s perfection in a cup.

A review of French Vanilla Tea by Bigelow

Note: I had finished the last of some pu-erh tea earlier today and I wanted something like desert maybe so I reached this French vanilla tea which I have had on a few occasion. I fixed it very hot and steep for several minutes so that aroma of the vanilla been to be found in the tea is very pronounce and sweetens the cup even more so since it is hot.

I think since I had pu-erh tea earlier today this vanilla tea might have been another component in the flavoring of this pu-erh if needing to add more to it. Pu-erh are good dessert teas and vanilla is an extract used in many dessert recipes, I think this is what I am getting at in explaining my craving for vanilla tea perhaps.

Sorry if not making sense. Do I ever?

After the 52teas’ Milk & Cookies black tea yesterday morning, I felt like I needed one more cup of black tea for the caffeine to get going. I wanted something quick and easy and that I wasn’t going to feel obliged to resteep. So I perused these boxes and selected this one. It had the same vanilla taste as the decaff version, however I could taste the black tea in the background too. Strong faux dessert like vanilla was still the dominate taste but overall it was a decent cup.

I’m rating this one a 52 (low nice bagged tea range). It’s easily drinkable but not amazing. Has the potential to bump up a few points with repeated drinking.

Vanilla tea day! Who am I kidding, every day is vanilla tea day in my life.
This is a sipdown of French Vanilla, a box of which I got before I discovered the delights of Steepster.
If Je T’aime is a serious vanilla tea, then this is an exceedingy silly one. This is pure bottled vanilla, without much in the way of layered flavors. However thats not a condemnation of this cup. I still sort of enjoy French Vanilla. Its uncomplicated, but it doesnt take itself too seriously. I wont be adding it back into my cupboard, now that its all gone, but I enjoyed it while I had it. On to more and better teas!

hahahahaha…. yesterday was vanilla day for me!

This is by far my favorite flavor of tea to drink. I like tea much better than coffee, coffee makes me a little sick. I took this to class today instead and had a much better time. I do however like Delight’s Iced Coffee, its good, but I shouldn’t buy it often, its probably loaded with sugar. I’m going to wash my kitchen floor and then relax and read. I did a lot of cleaning tonight. Today was good.

Wow, that was really good! Being a frilly coffee lover too, this very well may be my sugar free-ish alternative! two thumb up

It’s really interesting to read people’s thoughts on this tea. Some say the vanilla flavor’s really strong, others say they can’t taste it. I kind of wonder if maybe the recipe for the blend has changed over time or if different batches have more vanilla than others?

In any case, I purchased this tea last night and have enjoyed two mugs of it so far. When I opened the pouch with the tea bag, the vanilla smell was very apparent and quite yummy smelling. Even more so when it went into the hot water! After steeping the tea, it smelled quite a bit like vanilla- yum! Unfortunately, the straight tea had little to no vanilla taste to me. I actually want to do a side by side taste test of it with a plain black tea and compare them.

However, I followed the suggestion on the package, which said that sugar and milk would bring out the vanilla flavor some more. Usually I drink my tea without anything added, but I did as I was told! The box wasn’t lying. The tea really does taste more like vanilla when it’s sweetened and has milk added. I have no idea why this would be and am almost wondering if it’s all in my head. The vanilla taste is not really strong, but I do think it’s there, and I’ve really enjoyed both mugs of tea. After this box runs out, I’d like to try another brand’s vanilla tea (ideally one with more natural ingredients), but would definitely purchase this one again because I really like it with milk and sugar. It’s a nice little treat.

This tea is a love it or hate it kind of tea. That’s because it is what it is a French vanilla dominate taste. The smell hits first and lets you know it’s all about vanilla. You can really work with this tea. It can be yummy with cream and sugar. During the holidays this is a super dessert tea. I put sugar and a dab of whipped cream in it. If you want to go over the top do the sugar, whipped cream and sprinkle with chocolate bakery sprinkles. It’s yumm.

I poured this straight down the drain. This is up there with some of the nastiest teas I’ve ever had. VERY bitter with that classic artificial tasting vanilla overpowering everything. I tried adding some sweetener but that just made the situation worse

Without reading the packaging I mistook this tea as the much better Bigelow Vanilla Caramel and didn’t realize it until I took my first sip and almost freaked out thinking my tea had been poisoned or something. It’s drinkable, but barely. It’s essentially more artificial vanilla flavoring than it is tea. Do not recommend.