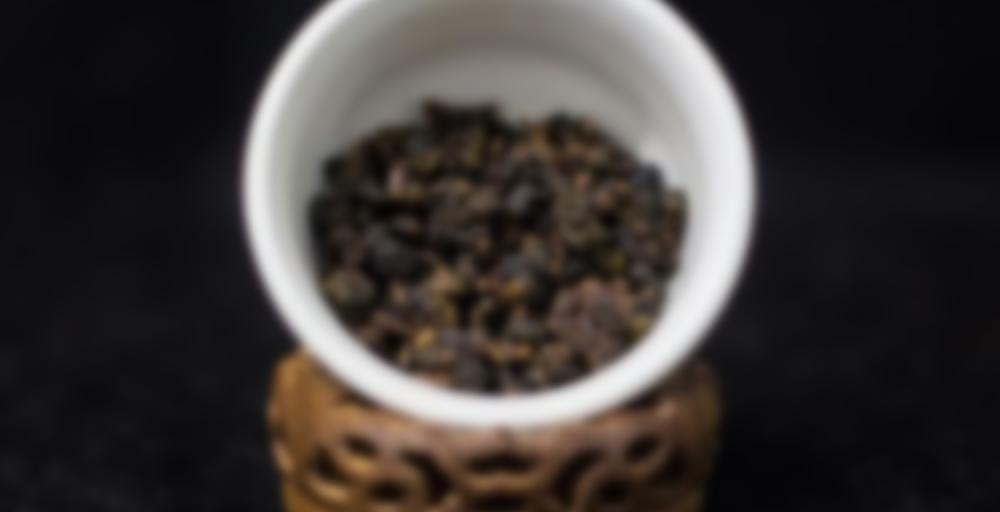 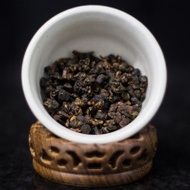 by Beautiful Taiwan Tea Company
84
You

Tieguanyin is a rolled oolong made with the Tieguanyin cultivar originally from Fujian, China. Of course, most Taiwanese are Fujian immigrants so it didn’t take long for them to bring some plants over and start growing their own Tieguanyin.

There are many “fakes” made with other oolong cultivars but this one is real procured by our friends in Taipei who commandeered the whole crop from a Muzha farmer. There’s not that much of it to go around and this tea is hard to come by even in Taiwan. I kept hearing the same thing from all of the farmers in our network when asking them to help me source an authentic Tieguanyin, “Good luck with that”, they said. Although we still haven’t been successful “Face to Farmer” with this particular tea, we offer this authentic Tieguanyin for your enjoyment.

Unknown harvest, first ever Taiwanese tieguanyin. This was a very complex tea and I found it difficult to form an entire picture of its characteristics so in this note, I’m focusing on aromas and tastes.

Dry leaf smelled surprisingly fruity and cool given this was roasted. There were also hints of roasted peanut and dark green vegetal. Warmed leaf produced very strong aromas of roasted peanut, dark chocolate, orchid? and marine. Rinsing the leaf really opened up the profile. It was strongly pungent, something like tomato sauce, sweetened collards and roast strangely turning into plum, purple raisin, dark chocolate and a hint of pineapple. Again it changed, ending with dark-roast coffee, collards, brown sugar and more pronounced pineapple.

Because of the unfolding nature of the rinsed leaf scent, I continued to sniff the leaves every steep and found them to be consistently strong in aroma with evolutions of charcoal, wood, brown sugar, dark chocolate, pomegranate, stewed greens, roasted grains, roasted peanut, wet wheat and mango. The liquor also was very fragrant, mostly with notes of light fruitiness, chocolate, marshmallow, roasted peanut and brown sugar. It reminded me a lot of the Charcoal-Roasted Yushan aroma. The bottom of the cup smelled like brown sugar throughout. With all that said, obviously the fragrance of this tea is very engaging and a highlight for me.

Moving onto the liquor. It remained fairly consistent and strong in flavor in the first three steeps, starting with kind of an oyster-seawater-seaweed and banana leaf on the sip, turning into pine, vanilla, salt, brown sugar and peanut. The second steep saw the addition of an unripe mango aftertaste. The mouthfeel was interesting. I’ve read in numerous reviews about teas with a powdery mouthfeel and this was the first time I experienced such a texture. That and a moderate astringency lasted the entire session.

Banana leaf came in heavier on the third steep and turned into green banana, persisting until the end. I also noted a strong cooling sensation, especially felt in my ears. By the fourth steep, the marine notes faded and there were additions of molasses, coffee and minerals. As the session progressed, the prominent tastes moved around a bit, with butter and rice, unripe mango, roasted chestnut, grapefruit, bubblegum and a metallic tone. In the end, the liquor became very astringent and ended with a pronounced butter. Aftertastes ranged from strong banana leaf/green banana to fermented fruit and buttered green vegetables.

As I said before, this was a very complex tea. Even though it seems there was a weird assemblage of robust aromas and tastes, they all flowed together really well. It was strangely cool and warm, marine, fruity, starchy, vegetal, savory, and salty. All of this together made for a session that really captured my attention and focus. I’m glad this was my introduction to Taiwanese tieguanyin and I’m really looking forward to dipping into the few others I have in my collection.

I recall going through a one ounce pouch of this tea during the first half of June, but I cannot pinpoint a time frame for my review notes beyond that. The label on the pouch listed this tea as Authentic Muzha Tieguanyin, so I am making the assumption that the listing I am posting this review/tasting note under is for the same tea. Overall, I found this to be a very, very good Muzha Tieguanyin. It faded a bit quickly on me, so I had to knock a few points off the initial numerical score I meant to assign it, but otherwise, I had no real complaints with this tea.

Prior to the rinse, the dry tea leaves emitted aromas of cinnamon, char, banana, and pine. After the rinse, I noted new aromas of raisin, roasted grain, and brown sugar. The first infusion then brought out scents of vanilla and roasted peanut. In the mouth, the tea liquor offered notes of char, cinnamon, pine, roasted grain (barley?) brown sugar, golden raisin, vanilla, and roasted peanut that were underscored by hints of grass and butter on the swallow. I caught a rather indistinct sweetness too. Subsequent infusions saw the nose turn buttery as well as slightly fruitier and grainier. Notes of toasted coconut, toasted rice, cream, cooked lettuce, cattail shoots, banana leaf, mango, coffee, plum, and minerals appeared in the mouth along with belatedly emerging notes of caramelized banana and grilled pineapple. The final infusions emphasized lingering impressions of toasted rice, minerals, roasted barley, char, and cream balanced by soft notes of vanilla and golden raisin.

I know that Beautiful Taiwan Tea Company has seen a bit of drama over the course of the past year, but I cannot help being consistently wowed by or at the very least appreciative of the products they offer. This was a gorgeous tea, perhaps a touch underpowered in the later infusions, but gorgeous nonetheless. I would recommend it highly to established fans of roasted Taiwanese oolongs as well as those looking for a quality introduction to such teas.

Drama or no drama, I’ve never been dissapointed with tea I have bought from them (puerh included).

Received as a generous sample from the proprietor. I believe this is the 2015 harvest, but no idea on the season.

Brewed in my porcelain Jingdezhen gaiwan with Los Angeles municipal tap water, boiled and allowed to cool to ~185ºF before steeping. One quick rinse.

8 steeps starting from 35 seconds and eventually working up to 2 minutes.

Pale amber-tinged liquor (difficult to assess color in my stoneware cup); moderate roast is central to the aroma in the cup, while slightly sour oxidization notes dominate the leaves. Wet stones, forest floor, black walnut, and faint raisin flavors emerge on the palate. Smooth, gentle mouth-feel, no tannins, and lacking any char or bite (the bake accentuates rather than overwhelms the underlying qualities of the cultivar). Decent longevity to the flavor, tapering off slowly and evenly over subsequent infusions.

Excellent quality leaves without a doubt, though I find my curiosity about their potential for aging/re-roasting almost surpasses my enjoyment of them in their current form – Tea Trekker and Floating Leaves appear to have very similar offerings at wide ranging price points, so I would shop around a bit before ordering larger quantities of this.

Found a sealed sample of this sitting in my tea trunk. Purchase records indicate I bought it about 9 months ago.

The roast fades away increasingly with each steep as the aftertaste becomes stronger. There’s a light dryness to the aftertaste that’s quickly followed by some sweetness on the sides of the tongue. I was worried that the floral would become more apparent (I’m not a huge fan of florals) but it’s just been lurking quietly in the background providing some support to the roast (that’s starting to taste a little mineral) and nuttiness.

While not my favourite Muzha (the aftertaste is a little weaker than the ones I’ve had previously, though I’ve admittedly only tried a few), this is the only one that’s still available for purchase (the others I loved have long been sold out).

I over-leafed last time. Only six leaves this time at about three ounces, 190, Western at 3 minutes, and this got a balance I’m digging more. Sweeter than last time with nice roasted nuts followed by a nice vegetal woody spectrum. The marine notes are more in the later steeps. Instead, I got a very strong roasted cedar taste, maybe even a pine. I like it so much more, and I am glad that I have 10 grams of it. Not too much, not too little.

Tasting #1 – Steep Time 2 Minutes
Light roasted aroma is juxtaposed by a deep roasted flavor. More like the steam from a hot stone exposed to water. But this flavor is smooth and delicious, delicate but deep.

Tasting #2 – Steep Time 4 Minutes
The roasted aroma has deepened, but it isn’t like roasted nuts. Now its vegetative, grassy.

Tasting #3 – Steep Time 6 Minutes
There is now a sweetness to the roasted aroma, which I can feel most on the sides of my tongue as it smooths all over.

Tasting #4 – Steep Time 8 Minutes
The sweetness is stronger now, not overpowering but more distinct. The sweetness is no longer noticeable in the flavor but that roasted flavor seems to be fully realized. There is excellent mouthfeel, not astringency, and overall deliciousness.

Yesterday I received a care package from Stephanie with many samples. This sample was one of them. I wanted to try it for some time.

Im oolong explorer. So far i think i love dark roasted oxidized oolongs. I prefer dried fruits and nuts notes and florals… lets just say we are not friends and not enemies lol

Muzha Tieguanyin is a beautiful tea. I tried one recently from Teaave and really liked it. but im not going to compare these two teas. they have very different profile .

This particular tea is delicious. very aromatic. The roast done right. its not stated on website roast level or oxidation or any other useful info for novice like me. Hopefully they will add this info. I think its medium roasted TGY but please correct me if im wrong.

6.5g into 100ml pot, 200F. flash rinse and steeps of 10/15/20sec etc
The brew is dark yellow color. Smells really nice of roasted nuts and fruits. tastewise its not that fruity. it was more on floral spectrum for me. It has very thick mouthfeel. Later steeps ( i dont remember how many i had , 12 maybe) produced strong mineral note which remind me Wuyi oolong. Once i had a long steep close to 1min. it was too bitter and strong for my taste.

I think this tea is very interesting. i highly recommend to try it. Since its only 2 Muzha TGY i’ve tried i cannot declare that this is the best. A lot of samplings are ahead to figure out my likes and dislikes.

Thank you so much Stephanie for sharing your tea with me

steepster is acting up. i inserted 3 links to IG. its not showing here ;(

Turned out the heart symbol i inserted prevented from seeing the pics. I guess Steepster doesnt like hearts ;(

It doesn’t like angle brackets – I think it assumes that they’re meant for code.