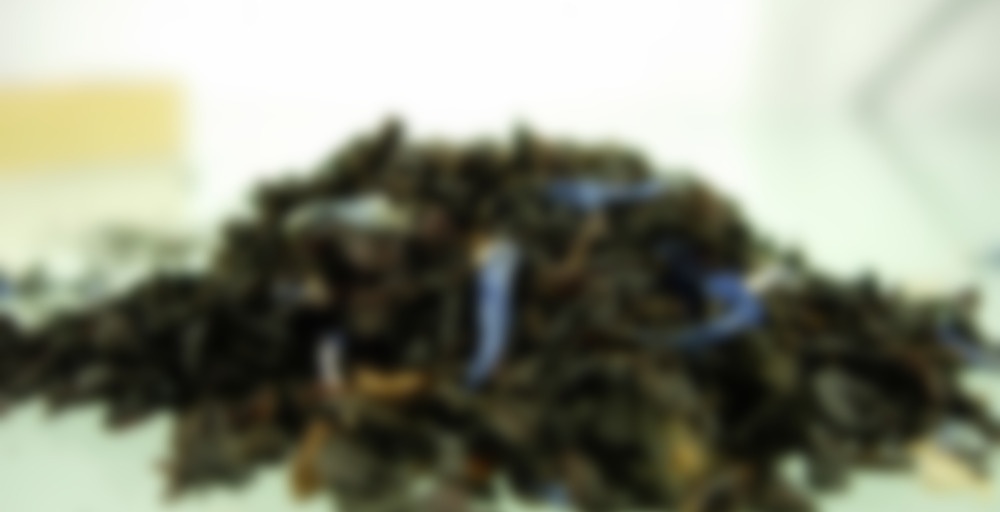 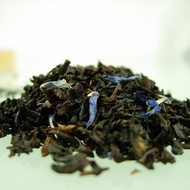 Organic high grown estate black tea hand blended with fragrant oil of bergamot and a touch of French vanilla. A remarkable blend with fresh citrus notes followed by a rich and robust finish.

Backlogging from the weekend

I too hate putting sugars in my tea and don’t drink juice at all and can very much live without pop. I just need tea, water, and coffee (mostly tea). Ratio 90% Tea and 10% Coffee.

RachanaC, I can only drink juice if I either A.) add matcha to it or B.) have it in a mixed drink.

when I see “coffee” I cringe. I simply can’t drink the stuff anymore. There is a part of me that actually misses it, but an even bigger part of me is kind of repulsed by it because of the after effects (ill after effects) that I experience from it.

LiberTEAS have you tried any coffee flavored teas?

No, but I have tried some of the mocha flavored ones. In fact, I made a mocha flavored yerba mate which is one that I came up with a few years ago to get me over my cravings for coffee… it was a nice transition.

It is so weird that I can drink coffee but have a reaction every time I drink mate. My heart beats rapidly every time. I actually feel like it will pop out of my chest. I have decided not to drink it anymore or if I do maybe a shot glass for a serving. I know mate is not supposed to do that but it does. I must be the rare exception.

Rachel: that is weird… Mate has become my “substitute” for coffee when I need that sort of WAKE UP… rather than tea’s wake up. It really gets me going, and in fact I noticed that I talk a little faster and I’m a little “high” I guess when I drink Mate, but not uncomfortably so. Just me… on fast forward… know what I mean? I am sorry it affects you so badly! Coffee doesn’t really affect me that way, it just makes me terribly sick to my stomach after about 2 or 3 hours of consuming it. Like I’m going to hurl kind of sick. Not pleasant.

LiberTEAS, it could be the acidity in the coffee. I cold brew mine, it takes 67% of both the caffeine and acidity out.

LiberTEAS you are right it is weird and it does effect me the same as you but much faster and harder and uncomfortably so like a bad anxiety attack with rapid everything then nausea and dizziness. Super weird. I joke with the hubby and tell him I will have some mate today and he just laughs and says I’ll have 911 on speed dial.

Another Earl from the stash. I reread my earlier note on this—there I said that the crème was the dominant flavor I tasted and that is still true. The bergamot is not strong at all, but it is clearly there because this doesn’t taste like a single flavor vanilla tea. I like Earl Grey crèmes in general because of the mildness the vanilla flavor adds, and this is a very enjoyable wake-up tea. Sort of like a gentle shake rather than a klaxon blaring in my ear.

Finishing off the last of the sampling that Jaime sent to me (thank you!)

Today, it doesn’t taste so much like licorice. Not that I didn’t like the licorice note because I did, and in fact, it got my mind racing… an Licorice Earl Grey… hmmm… Yummy? Could be.

Anyways… I like this Earl Grey Creme. I like the amount of vanilla in it. It is very rich and creamy. YUMMY!

Licorice Earl Grey? That does sound good. Glad you liked this one. Have you had their Green Earl Grey? It’s pretty darn good, too.

UPDATE: here is the link to the recipe I used for what is mentioned below: http://theteacupoflife.blogspot.ca/2012/11/french-vanilla-cupcakes-infused-with.html Let me know if you create it yourself :)

I can’t remember the last time I had a great Earl Grey blend. I’m pretty picky when it comes to this type of tea. Might sound weird, but there has been too many times I’ve tried an earl grey blend from others and it gave me a horrible after taste. There was this one blend (can’t remember the brand) that actually tasted like fruit loops…great cereal, but not for a tea! Anyways…

I absolutely loved this one though. I think it has the perfect amount of vanilla, all the while staying true to it’s real, strong flavour. I know some notes for this tea already state they didn’t like that the vanilla wasn’t too noticeable, but on my package it stated “hint of vanilla” so I wasn’t expecting much and what I did get, I was extremely happy with and so were my taste buds.

While drinking it, I could immediately think of endless recipes to infused this blend in. I am currently making french vanilla cupcakes with it. I hope they turn out great. I’ll be sure to share the recipe on my blog afterwards (www.theteacupoflife.blogspot.ca) I plan to also try Teaspoon and Petal’s earl grey hot chocolate with this one as well.

Ohhhhh the endless creative moments coming to my mind right now just from one cuppa!

Having a medium-sized pot this morning to finish off the last little bit that I had of this. Not sure if I’ll keep this in stock here at home; I’m wanting to try more/different Earl Grey blends before I commit again.

It’d probably be expected here to write something about how this tea is keeping me warm in the great big snowstorm we’re currently having here in New York. But let me be honest: I’m working from home and the heat works just fine. So let’s talk about the tea instead.

The best way I can think of to describe the tea is to say that it tastes like Earl Grey tea, only more so. They obviously put more than the normal amount of bergamot. (Also, has anyone ever seen an actual bergamot fruit? Do they have any uses other than flavoring tea? Why does the Firefox spellchecker insist that bergamot is not even a word?)

The vanilla, while present, is definitely secondary to the bergamot and the tea itself. It serves more to enhance these other flavors than to stand on its own.

Other posters here have suggested that this tea is especially nice with milk. I don’t usually like milk in my tea, but I suppose if I have some milk in the house then it might be worth trying.

Overall a nice, easy-to-drink black tea. I’ll certainly be drinking this a bunch in mornings when I need help waking up.

Boiling 4 min, 0 sec
Yours I Like This
3 likes
5 comments
Edit

http://billgreenwell.files.wordpress.com/2009/03/bergamot.jpg This is a bergamot orange.
Also, according to wikipedia, used for preserves, aromatherapy, perfume and a herbal remedy for malaria.

As for the spellchecker, no idea.

…but I heard anti-malarial drugs give you great hallucinations. Feh to remedies without side effects.

…then feh on it AND its mother.

On a slightly more serious note, I have heard that anti-malarial drug hallucinations can be quite terrifying and not at all fun.

indeed, for the side effects of anti-malarial drugs, see Act Three of http://thislife.org/Radio_Episode.aspx?episode=399 which was what popped into my mind as I was writing the above comment.

GEEZ that is a strong bergamot flavor in this tea!!! Like take my breath away strong! The creamy/vanilla is noticible as a lingering flavor. But there is so much bergamot that I feel like I have a film on my tongue after I swallow. It’s kinda weird and perfumey and I can’t get past that weird oily feel that stays on my tongue! It’s as if they spilled a whole bottle of bergamot oil into a smalll pouch of tea and just left it as is to be sold. I like Earl Grey and I like a strong bergamot flavor, but this was just crazy… perhaps I had a bad batch?! I would like to believe that because I am still pretty freaked by having an “oil” feel on my tongue :-|

I already finished my 3 cup sample I got and don’t want to forget I tried this. Going off of my memory from a week ago, I would get this if I needed an Earl Grey Creme and was already purchasing something else. More vanilla than bergamot and mellow. I enjoyed every cup I had .

Just finished off the last of what I won in one of Art of Tea’s Facebook contests. It’s good. Not amazing or crazy-memorable, but a solid vanilla earl grey that has been my staple morning cup for the last few weeks. Sad it’s gone, but probably won’t buy it any time soon.

This Earl Grey is the BEST tea to make a latte/milk tea out of. It has plenty of body and flavor to stand up against the milk and sugar, yet still soothes the tongue with bergamont in a pleasant non-citrusy way. (That makes the tea sound heroic, don’t you thinkk?)

D-E-L-I-C-I-O-U-S. I love the fact that you don’t need a lot of leaves to make tea with it because it’s such a strong-flavored tea, it makes me feel like I’m really getting my dollar’s worth.

This is basically the gateway tea for me in Art of Tea’s other loose leaf. I CANNOT WAIT until I get my dessert tea sampler set.