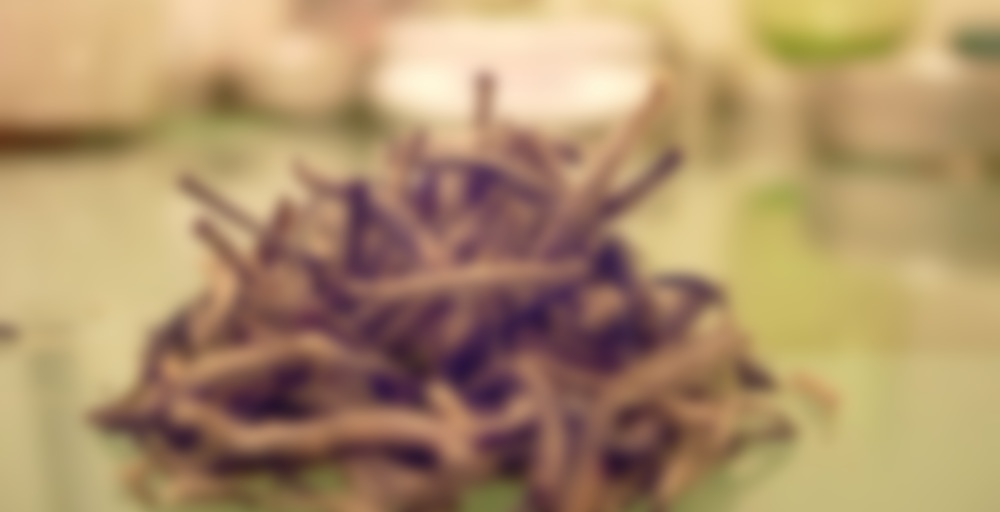 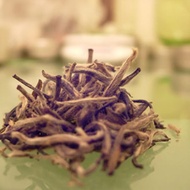 Organic Silver needle is the most sought after white tea and is only harvested for a few days each year in the northern district of Fujian, China. Packed with antioxidants these silvery down-covered leaves have been prized for their medicinal properties for more than 1000 years. Silver Needle has a light golden flush with a woodsy flavored body, unique savory aroma, and long balanced sweetness.

I can’t even say I dislike this tea, because that would be like saying you dislike hot water, which is exactly what this tastes like. I’d always known that white teas were typically weaker and more subtle than blacks, and that they often struggle to make your water taste like anything at all, but even a bit of overleafing didn’t help. I steeped for three minutes, took a few sips, and then tossed the rest down the drain. This is going into my swap pile, although I honestly don’t know if anyone else will like it LOL.
Way, way too subtle. Pretty much non-existent.

In other news, thanks to the steroid cream and the anesthetic rinse, my canker is well on its way to healing. The difference overnight was drastic, and I just need to make sure I have this stuff around when my next canker invariably comes to life.

I’ve had that experience with white teas – I’ve yet to try a really distinctive plain one, actually, but I’m still on the lookout. Glad you’re feeling better today!

I wonder if the temperature really makes a big difference? Maybe a lower temp would help coax the flavours? IDK. I had some silver needle but I didnt’ get too much out of it.

Yeah, perhaps silver neetle just isn’t where it’s at. I may try a jasmine silver neetle at some point, although like you, greentea, unflavoured whites may just not be my thing.

White tea became one of my first favorites after green. Most of the whites I had in the beginning were vegetal, citrusy, and even a touch floral while remaining mild no matter what the flavor notes. Only recently have I experienced the hay and barley side of the white tea world. The first one I had in this category was not to my liking. The second was alright, but not re-purchase worthy. This one is very similar to the second (that being Wild Honey Sprout also from Art of Tea) but lacking the honey aroma. It is my favorite of the “barley whites” as I will call them. The flavor is mild, just as I like from a white tea. I often think of whites as my palate-cleansing teas. The ones I go for when I’ve had way too many flavored blends in a row or when I’m simply not feeling in the mood for a loud tea.

Monkey Picked White from the Tea Spot remains my most favorite white, but this one could find a place in my cupboard at times too.

Date of Purchase/Amount of Leaf/Date of Steeping: Bought in late 2011, sample of roughly a little over an ounce, steeped up March 2012.

Appearance and Aroma of dry leaf: Standard characteristic silver-needle-looking downy-haired, light green buds; smells almost moldy, but really more like hay (I do not think they are moldy, btw).

Brewing guidelines: Glass Bodum pot, leaf free to roam; stevia added; 3 tsp tea = three 8-OZ cups water:
……….1st: Boiling, 2’; good color, aroma, flavor; it had a very slight bite—or edge to it—which seemed astringent, but I wasn’t for certain; I wasn’t expecting that, but I was OK with it.
……….2nd: 170F, 3’; tasted sweeter and didn’t have that bite I experienced in the First.
……….3rd: 175F, 4’; decent amount of flavor which was similar to the second; good up-front flavor that faded away quickly.

Flavor of tea liquor: I really struggled with how to describe the flavor. It wasn’t vegetal, or floral, or fruity; I was thinking of something like, straw, or barley, maybe even grain-y or malt-y. But none of those descriptors seemed to fit. And then I read Jillian’s review of Adagio’s Silver Needle, “… delicate sweet hay …”. That seemed to be the closest.

Value: I got this as one of four teas in their white tea sampler, which is still on sale for $19 (I haven’t used the bamboo strainer that came with the sampler, but it’s very cool looking and is proudly displayed in my cupboard); their version of silver needles, on it’s own, is currently $31 / 4 OZ, which is a very reasonable price as these silver needles are organic and Fair Trade Certified.

Overall: After reading on Gignko’s Life in Teacup website that you can steep silver needles at boiling I thought I would give it a whorl. Overall, starting at boiling seemed to yield success, and I don’t think it ‘scorched’ the leaves (quite honestly, I don’t know exactly what ‘scorched’ means, anyway). I stepped the temperature down for the Second and Third per a suggestion I thought I read somewhere (now I am thinking I am mistaken, though). After the Third it was too ‘late’ to do any more steepings. I enjoyed watching most of the buds stand straight up-and-down during the second and third steepings. Silver Needles is not a Tea I would chose to drink very often, but—as I have read in many books on Tea—it certainly is one to be experienced at least once.

Boiling 2 min, 0 sec
Yours I Like This
9 likes
0 comments
Edit

This is a quite interesting tea. At first I couldn’t taste anything, then the more sips I took I noticed a vegetal flavor…very light. It has a delicate smell and taste. A little woody. Not bad at all. It’s very smooth too.