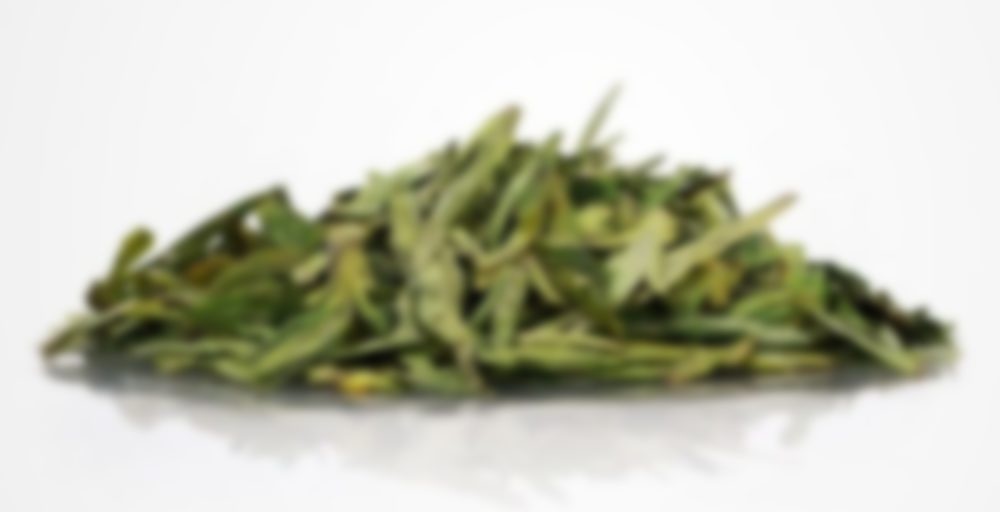 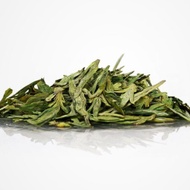 This was another of my sipdowns from late July. At the time I finished this tea, it had been a considerable amount of time since I had reviewed a Dragon Well green tea. When I was first getting into Chinese green tea, Dragon Well was one of the first teas that really spoke to me, so I was very happy to get the opportunity to revisit one of my first loves in the wide world of green tea. As it turned out, I still love Dragon Well and found this one to be very enjoyable. I was rather surprised by the scores provided by the two previous reviewers.

Prior to the rinse, the dry tea leaves produced aromas of sweetgrass, chestnut, green olive, honey, hay, sugarcane, and bamboo. After the rinse, I detected new aromas of zucchini, lettuce, and cucumber as well as a greatly amplified chestnut aroma and a subtle scent of malt. The first infusion introduced a subtle spinach scent. In the mouth, the tea liquor offered notes of bamboo, chestnut, malt, hay, and sweetgrass alongside a surprisingly strong, pronounced umami note. Hints of spinach, zucchini, lettuce, green olive, honey, and sugarcane could also be detected. The subsequent infusions coaxed out aromas of butter and asparagus as well as a very meaty, salty umami scent. Notes of cucumber appeared in the mouth alongside stronger and more immediate zucchini, spinach, sugarcane, and lettuce notes. I also detected mineral, butter, asparagus, lemon zest, and snap pea impressions. Some fleeting hints of squash blossom, apricot, and honeydew could also be detected, though they were most evident on the swallow and in the aftertaste. As the tea faded, the liquor emphasized impressions of minerals, malt, hay, butter, bamboo, asparagus, and umami that were chased by hints of sweetgrass, chestnut, sugarcane, lemon zest, lettuce, and spinach.

At first, I did not really know how to rate this tea. It was enjoyable, but its liquor was also thicker and more substantial than that of many other Dragon Well teas I have tried. Part of me doubted that this was a higher end Dragon Well, but an examination of the leaves showed me that it was produced from a quality picking and clearly processed with great care. This tea was obviously a quality offering. Ultimately, I felt I had to give it a high score. It was just too satisfying. Everything worked together more or less seamlessly, so there was no reason to knock it.

Thank you to Aprtea for this free sample

The dry leaf smells like a toasty yellow or green tea and all of the tiny leaves are intact and not broken at all. The leaves are quite small and only 1-2 cm long.

I think this is the first longjing I’ve had that isn’t fruity. This is more nutty and lightly vegetal (soy bean and chestnut) but very little sweetness. No bitter or sour notes. I would not say I tasted any of the toastiness I smelled in the dry leaf, however I think this tea is almost savoury in that it is not super sweet/stone fruit like many longjings. The chestnut flavour is characteristic of longjing, however, and from the look and taste of the leaves I can tell they are of high quality and have been handled delicately.

This was a decent long jing tea but not among the best I’ve had. It was buttery , nutty & mellow.