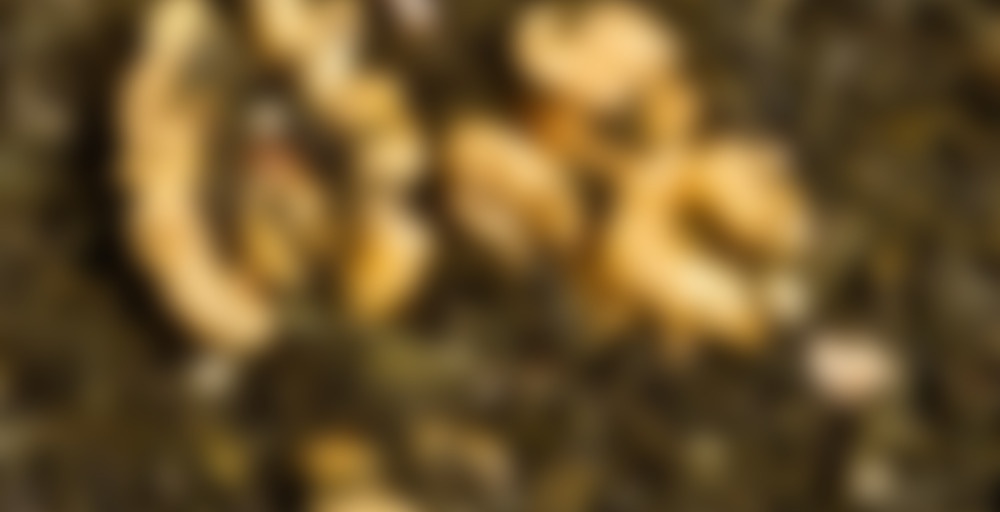 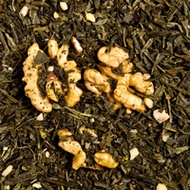 by American Tea Room
80
You

I was impressed with how this wasn’t hit you over the head cloying in smell or taste—maple flavored things often are, forgetting how distinct but also often gentle real maple can be—and how it creates a texture on one’s tongue and teeth and throat similar to maple syrup and walnuts, that tingly slight raspiness. Not very green tea-y, just slightly—tastes sort of in between one and a flavored oolong or even black. Would drink again on a cool evening to feel like I’m a little closer north/home.

Well, I feel like I’ve tried quite a few maple-flavored teas over the past few months and have found that they all differ quite a bit from one another. This one followed suit in that it was a surprisingly mellow maple flavor that didn’t taste sweet but did definitely taste like maple. The tea itself was smooth. While this can’t compare to Butiki’s Maple Pecan Oolong, this is probably the maple tea I’ll want to buy once I’ve run out of Butiki’s.

Thanks for giving me a chance to try it, Ost!

O Canada, we stand on guard for thee. Maple and nuts are always a good idea. The dry leaf smells like brittle, so much like brittle, with that classic slightly bitter note from walnut. This makes me want a handful of fresh walnuts. So delicious.

The steeped tea smells like liquid nut brittle, as well. I’ve actually had this a couple times already and have noticed that you really need to be careful with the temperature of the water, lest the tea can come out rather bitter, even if you let the water cool for a while. So I really let it cool before steeping, perhaps a little too much, but it came out the best this time around. No bitterness from the green base, which is slightly vegetal but not too domineering.

I’m not sure how I feel about the flavour of the tea, though. It’s sweet and syrupy, but not in a cloying or artificial way. However, the nuttiness is a little bitter. Not fresh or roasty. I’m sure others out there would really like this, but I personally prefer The Tea Girl’s Walnut Truffle over this, which works for me since it’s more accessible.

So over-steeped this one twice today on accident. xD
First one was a major over-steep, but the second time was just by like a minute.
It definitely tasted more walnut-y than anything. Was still sweet and I could still taste the maple, but wasn’t as good as usual. Still better than Movie Night though xD Even over-steeped-haha! XD
Today has been such a miserable day physically and I barely slept last night so slept a lot in the late morning. But I really need to do stuff, and I hate days where I don’t do things, so trying desperately to wake up. Even with all the drugs I’m jacked up on xD
Sooo there will be many tasting notes today because I’m using this day as the day to catch up on samples and stay awake and somewhat productive even though my pain levels are soooo off the wall :(

Important Notice
Also, on a side note, I’ve decided to name my sloth London, because that’s where Ben, my boyfriend and I first met-on Christmas day to be exact. :)

the dog my mom babysits, her name is London :) shes a miniature doberman

I put off trying this sample quite sometime for a variety of reasons, at least one of which was an abbreviated ingredient list. I love American Tea Room to an almost shameful degree, but their lack of specificity as to what constitutes, say, “maple,” always leaves me a little skittish. However, this blend in particular is organic, and in an effort to start depleting my overfilled cupboards, I decided to give Canada a shot.

I was surprised (and a little uneasy) at how dark a green the resultant liquor turned. Honestly, I was expecting a mouthful of artificial sweetness that made my stomach clench up. But after the first sip, I was forced to admit that I had wronged this delightful little tea. There is a nuttiness present in the brew that evens out the maple notes, and I believe it’s further mellowed by the base. The maple itself isn’t the overpowering stuff that you drown your morning waffles in, but a more subtle, nuanced flavor.

After I drained it down, I peered dubiously into the bottom of my mug, wondering if maybe my low expectations had skewed my opinion. Not so, apparently, as the second steep was just as tasty, if a little less vibrantly green. While I probably wouldn’t purchase this tea in bulk, I certainly wouldn’t shun it if it happened to show up on my doorstep again.

This tea is just perfect