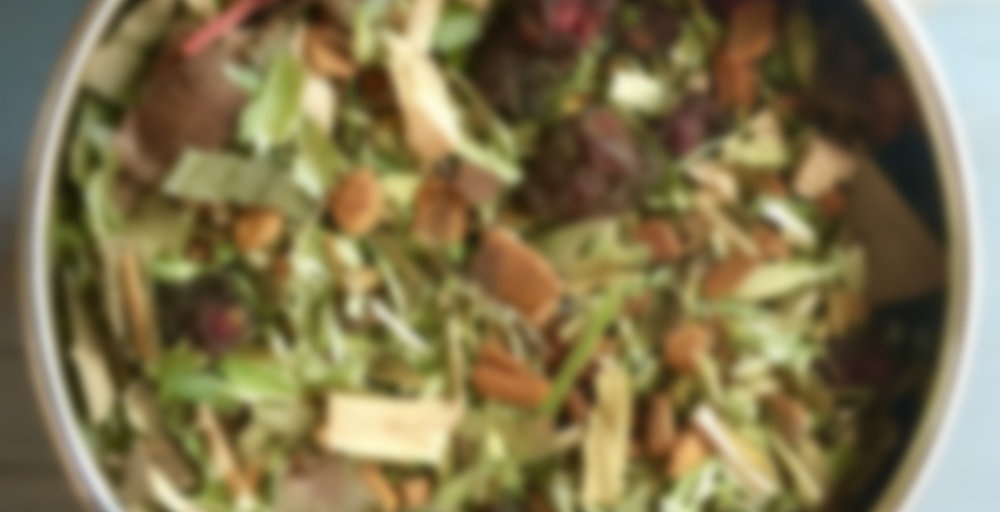 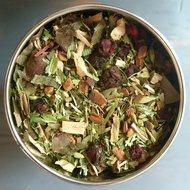 Helps support vitality, potency, endurance, arousal, fertility, and overall sexiness. This tea is an aphrodisiac and can be used by both men and women.

Serving Suggestion:
Serving Size for one cup of tea is about 1 tsp per cup of boiling water. However, a different tea to water ratio may be used to strengthen or weaken the effects. Steep 10-20 minutes in a covered cup for maximum nutritional benefits. This helps prevent any nutrients from escaping in the form of steam.

A stronger infusion can also be made by putting 1-2 inches of herbal tea in a mason jar, pouring boiling water over it, and letting it sit overnight before straining. You can also use a larger mason jar and sip on it throughout the day.

I received a sample of this tea some time ago from my sister (thanks, sis!) I wasn’t exactly all that interested in the proposed “herbal benefits” (I mean, I’m asexual, I don’t have much need for a tea that acts as an aphrodisiac) I just like sampling teas I haven’t tried yet for the taste, and I hadn’t even heard of the majority of the herbs that consisted of this blend!

The tea has an interesting smell… earthy, but with a cinnamon sweetness. I’m reminded a little of ginger candies. The steeped cup had an earthy smell with a sweet cinnamon scent. I was a bit worried about the flavor, because I’m not much of a fan of ginseng (it tastes like musty medicine to me) but this tea didn’t taste like that at all to me. It was very sweet, with notes of cinnamon and maple and something that tasted a bit citrusy, with this mellow earthiness pulling it all together. It was actually a lot more pleasant than I was expecting — herbal wellness teas typically are put together for the properties of the herbs, not their flavor, and I usually just can’t stomach ginseng. I was really enjoy the taste of the cup!

But then I started to notice an ache in my head… now, I do have intractable chronic migraine (I get around 7-15 migraines a month) so it is entirely possible that it is completely coincidence, but I figured maybe I should look into some of those herbs. What I found most interesting is that gingko biloba, found in this blend, has “terpenoids (such as ginkgolides) which improve blood flow by dilating blood vessels and reducing the stickiness of platelets.” It has actually been used as a treatment by many migraineurs, but just like caffeine, which is also a dilator of blood vessels, it is helpful for some migraineurs, but actually a migraine trigger for others. And I have a sneaking suspicion I may have just discovered that gingko biloba may be a migraine trigger for me!

In any event, while I found the taste of the tea quite interesting enough to explore again, I’m going to stick with my head-instincts on this one that one cup is enough, and avoid that particular ingredient in the future. If you are suseptible to headaches, this just might be a savior or a curse for you! (And as for the “sexy” properties, well… I’m the wrong person to ask, sorry!)