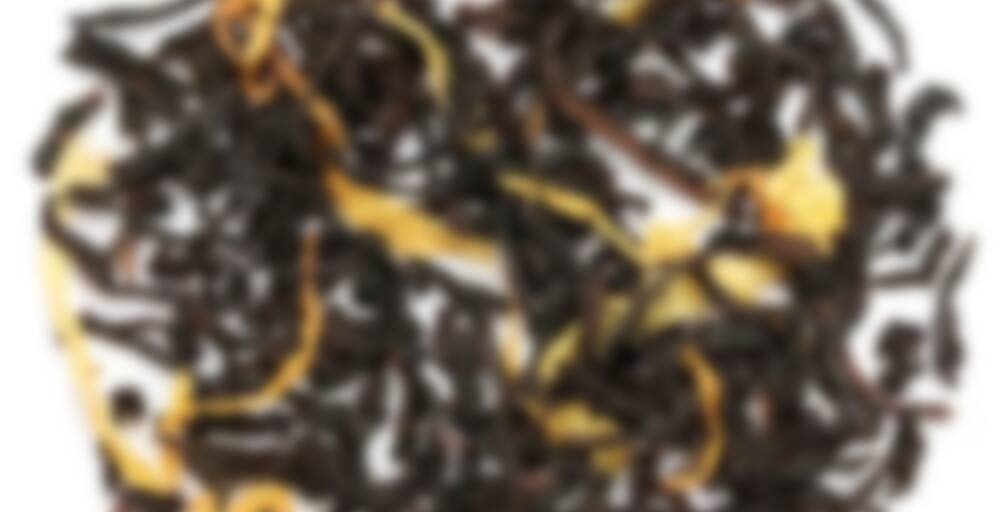 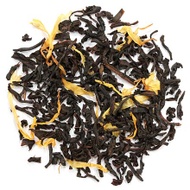 with 37 Ratings Rate this tea Rate This Tea

I had forgotten I have this tea until I browsed my Adagio collection for something fruity to quench my thirst. A black based fruit tea is always perfect for making iced tea with and this would make a particularly scrumptious one. Juicy and sweet mango with rich and smooth black tea, not a strong mixture but freshing and tasty non the less.

I don’t have any milk so it’s giving me an excuse to sipdown my fruity Adagios.

You know who has a great Mango tea, thePuriTea. Actually tastes juicy. :)

I think Butiki has one too.

Another Adagio tea. I’m really trying to get through rating the rest of my teas before purchasing any new ones. There’s a lot of Adagio teas left in my drawer. I loved Adagio when I first started drinking a lot of loose tea, but now I find their teas just ‘eh’. I kind of had to force myself to choose this one today, hopefully it will pleasantly surprise me.

The dry leaves smell sweet and fruity. I noticed a nice fragrant and fruity aroma while the tea was steeping. The tea has a malty and mango scent. The flavor is malty and fruity with a fresh mango finish. There is a slightly bitter aftertaste, but adding milk and sweetener gets rid of that. I don’t know why I always forget how much I enjoy Adagio Teas. Sure, they’re not comparable to Della Terra, but for that first sleepy cup of the morning they do very nicely. The mango flavor is a tad bit on the fake side, but not horribly so. And it is definitely a mango flavored tea, the taste is overwhelmingly of sweet mango. I think this would make an excellent iced tea during the summer, I may have to try it with the little I have left in this sample pack!

Easy iced tea this morning, bought these in the pouches for convenience.
I was pleasantly surprised that I got a total 2 quarts of tea out of one bag! Steeped in a mason jar for 5 minutes with 16 oz of water, then moved the bag over to another mason jar and did the same. Added cold water and stuck ’em in the fridge. No sugar added right now, I prefer to go the simple syrup route so everyone can add their own amounts.

Both brewed up a nice dark amber color with a nice light sweet mango smell. The taste is nice, nothing too extraordinary but a really good everyday iced tea that pleases a wide audience. The mango is light and sweet and allows the black base to still shine through. Yum. :)

I’ve somewhat lost my taste for Adagio black teas, but sometimes they’re okay. Today was incredibly stressful for me, as the people on the tea chat can attest as they were witness to my temper tantrum. Also I had to go cry in the bathroom. And I might have signed myself to a whole bunch of new responsibilities kind of by accident. We’ll see next week.

This tea was boring. Fruity temperamental black tea with no real outstanding features of note. Not terrible but nothing I would restock.

I hope that Friday is a better day for you.

1.5 tsps. @ 208º for 5 minutes. Seems I have oversteeped this time around. Getting a lot of bitterness from the leaves that’s hiding the sweetness of the mango. Perhaps, though, this tea is just a bit stronger than I expected.

Mango! An old favorite. It was my first loose leaf black tea. I always get a little of this when I make an order with Adagio. However, it’s been since 2009 since I’ve had it, and that was before the big tin/pouch switchover. I just recently made my first order with the pouches, and though they’re not as aesthetically pleasing, I feel like all the teas I’ve received are a lot more fresh. Plus, they seem to smell much stronger.

I disagree with the recommended steep time, and would go with 4 minutes instead of 3. Then again, I like my black tea to have a bitter kick sometimes. Plus, the fruit flavor brightens up a bit, too.

Now, when I say fruit, I mean indistinguishable citrus. This doesn’t taste much like real mango, but it’s close. It tastes “orange” for lack of a better word. But then again, this seems to taste much better than it used to back in 2006 in my grandparents’ kitchen. Either my preparation has gotten much better, or Adagio has improved this blend.

The deliciously sweet flavor of mango comes through with the signature bold flavor that is black tea. I found this tea to be very enjoyable and similar to peach zinger in many ways. I recommend this tea for tea drinkers who enjoy fruit flavors mixed with their dark tea.

Boil the water for 212 (for black tea) and steep for 5 min. It has a black tea background with an up front mango taste. Kind of sweet to the pallet and soothing.

I made a pot of this and then chilled it using half the sample I got from Caligatia. I definitely oversteeped it—I think I did a five minute steep, if I recall correctly, so the tea is bitter. Even with the bitterness, though I do get hints of mango on the drink, which I’m pleased about, so I didn’t completely ruin the tea.