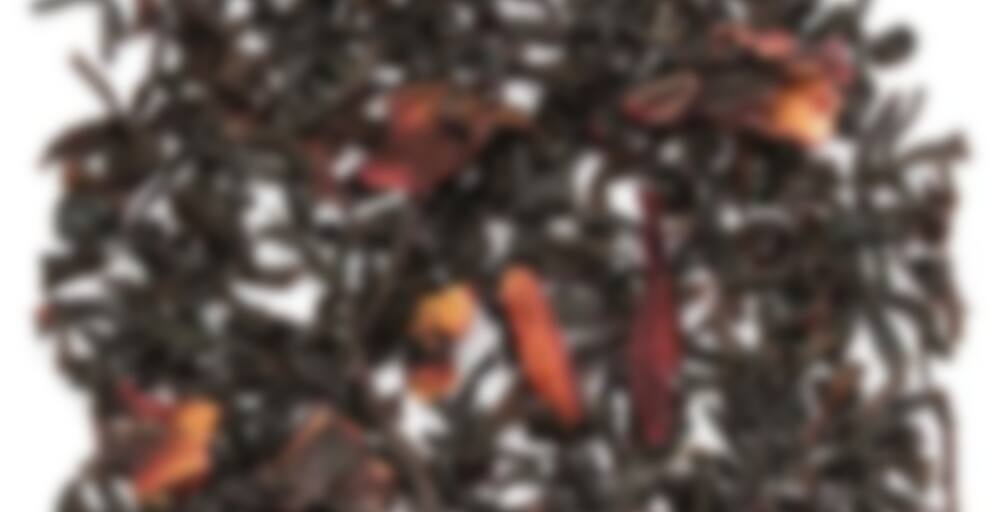 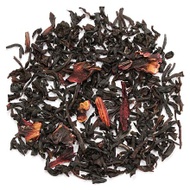 by Adagio Teas
72
You

Hibiscus tea has been the preferred drink of many cultures, dating as far back as ancient Egypt. Pharaohs would refresh themselves from the Nile Valley heat by enjoying a sour-sweet cupful. Our delicious Hibiscus Black pairs this tangy flower with bright and brisk Ceylon tea. Layered, fruity-spicy aroma and flavor. Rich, tangy and punchy, great hot or iced!

I’m upping the rating of this one because it’s SO MUCH BETTER cold brewed. I saw that Michelle had cold brewed this one & said it made a world of difference & decided to give this tea one more chance.

Holy cow is it so different.

I put about 12oz of water into a plastic bottle with the tea leaves just swimming around in there. I had only meant to let it sit for about an hour, but forgot about it so it sat in the fridge for 2.5 hours or so I think? I strained it out into a big glass whenever I remembered it.

The flavor was much lighter, but you got more tea and less ‘medicine’ flavor. It was tart (so I added just a little simple syrup to temper that) and fruity. Definitely something I’d drink again. I’m glad too because Adagio’s samples are pretty big & now mine won’t go to waste!

I’m glad you found a way to drink this!

me too! Hot it tasted like drinking warm cough syrup (to me anyway, I know people who like it) but this is definitely better for me :)

I got this as a free sample in the last order I placed with Adagio. When I ordered it I thought at first that it was actual hibiscus, not a flavored black. When I learned it was the latter, I got really afraid. I don’t mind hib… it can just get SO tart. So I’ve waited to try this for a few weeks.

Yesterday I steeped a pot of it hot, but left it on just a bit too long (Adagio’s flavored blacks are sooo sensitive) and it started to get bitter, so I didn’t have more than a sip or two of the pot.

Later that day, it was really awfully hot out. I wanted tea but didn’t want to drink anything hot, so I filled a T-sac of this and some cold water and decided I’d let it cold-steep in the hour or so I had before class.

It’s REALLY GOOD. Which surprises me immensely! I admit, the flavor was a bit light, but even still. The black base was a bright, solid black, and the hibiscus gave it just a little bit of floral fruitiness without being sour. I’m not sure how it’d fare in other circumstances, but I for one really like it in this context. I’m really interested to try it with some rose and rosehip mixed in.

I will have to try cold brewing it because I was definitely not fond of it hot- sour and bitter was really not pleasant! But your description of it iced sounds delightful! :)

This time I steeped this with 3 teaspoons per 16 oz. SO GOOD. I love hibiscus. And snow days. And hibiscus.

Boiling 3 min, 0 sec
Yours I Like This
7 likes
3 comments
Edit

You’re one of those weird hibiscus-loving people? I’m one of those, too, to some extent. I’m not so sure I would like a hibiscus tea, but I love the tartness that it gives in blends. Is this “blow-your-pants-off-tart”? lol

I don’t think this is too tart at all. The first time I made it, it was a bit on the tart side, but the second time, it was very balanced. I think with this tea the main factor in the tartness is watching the steep time. Overbrewing caused tartness with this tea.

Good to know! Thanks :) I’m finally thinking of breaking down and ordering a tea from some place other than David’s…this might be the beginning of the end for me! lol

This was an odd one to find. Hibiscus flavored?!? Adagio must have every flavor! I think it is mostly “flavored” as I only see here and there pieces of hibiscus. I can’t believe Adagio’s base is a Ceylon because I actually like this base. It must be a rare Ceylon I actually like. As for the hibiscus flavor, it wasn’t that noticeable to me.

This tea is really hard to drink alone. Yes it’s very good for the body but I always have to mix it with something. This week it has been with a strong china black, with honey and milk. It’s not too bad when mixed expecially if I will get added benefits from the mix.

Very floral tasting tea! At first I was a bit taken a back, since I haven’t tastes a tea like this before, but as I kept drinking it, it started to grow on me. Lovely tea! My mother adores this tea too.