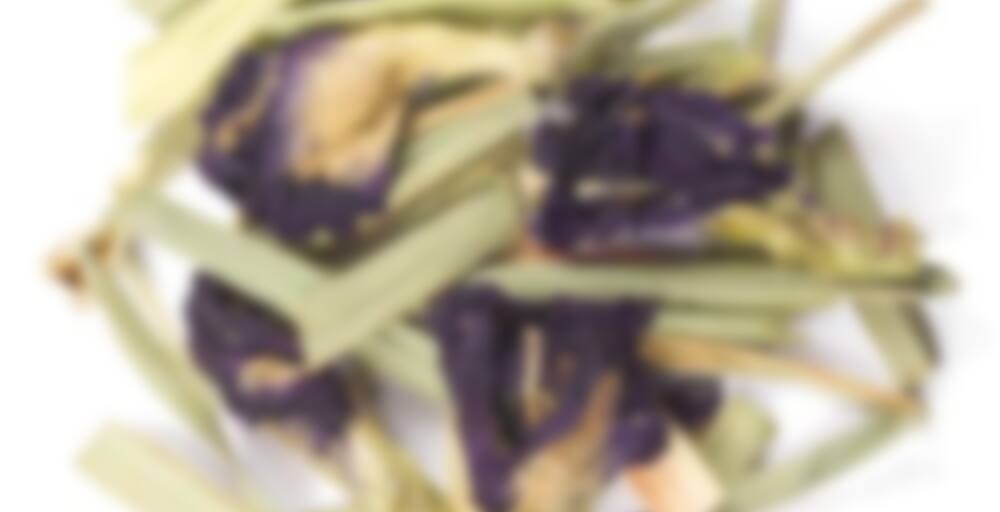 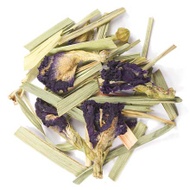 by Adagio Teas
77
You

Experience the elusive mystery that is the phenomenon known as our Bella Luna Blue. Available only on days of a blue moon, our rare Bella Luna Blue blends the zesty freshness of lemongrass and the flavor of blueberries with the exotic Butterfly Pea Flower, which when brewed, turns this mystifying herbal tea indigo! For an even more exciting treat, add a few drops of lemon juice to the mix and watch as the real magic unfolds right before your eyes!

The butterfly pea flower, or Clitoria ternatea, is a plant in the pea family that has been used as a natural dye for centuries. It is used in religious ceremonies as well as in food and drinks, where it is often combined with flavors like honey, citrus, or spices. When the pH decreases, usually from the addition of citrus, its blue color changes to purple. That’s part of why we called our tea Bella Luna Blue. Also because naming it after the flower’s other name, Asian pigeonwings, didn’t have quite the same ring.

This tea is way better than I expected it to be. The butterfly pea flower for once really isn’t too obtrusive. The blueberry and lemon are quite tasty. I enjoy teas that have a lemongrass base. It just adds a nice texture to the tea. I’m definitely glad I placed an Adagio order to get this tea. I’ve had it cold several times, and I made a second steep in the fridge overnight, which is nice as well. I may pick up some more during the next blue moon.

The “blue” part is the novelty of this tea, but why I really enjoy it is that Adagio saw fit not to add any hibiscus (I don’t know why that is perceived as a necessity with fruit teas). It is just gently lemony and blueberry-y without tartness. Another reviewer suggests a longer steep, and I agree—I got impatient last night and pulled it a little too soon. It was still a good nightcap.

Hallelujah for the NO HIBISCUS part. I want some fruity summer tea and they all seem to have it! Just ordered some promising prospects, though!

Not gonna lie, I have wanted this tea ever since I started collecting tea. However, I was informed I would have to wait until 2020 to get some. WELL… I get an email from Adagio recently stating that it is in stock for the seasonal blue moon, and ya know I had to jump on that!

Smell in bag is pretty good. Getting a good lemony-sweet smell to it.
Brewed 5min/212F/3tsp/12?oz. I don’t honestly know the size of this mug. It’s my clear mug and I don’t usually use it, but I wanted the full effect.

Ok, for starters, this really does brew up BLUE! It looks like blue kool-aid. Unfortunately, at 5 minutes, the flavor is extremely weak. It’s like someone waved a mug of water past some blueberries and lemongrass, then added food coloring. It states 5-10 minutes on the package, I suppose I should have gone for 10. This is just gently scented water. Very little taste at all. I’m so disappointed. I won’t leave a number or recommendation as I did technically do the least brew time allotted so it’s likely my fault. But to anyone wanting to try this, go for at LEAST a ten minute brew. I will revisit this one later, I’m sure of it. I have a huge package, after all.

I’m not sure what all is added to this (is it just lemongrass?) but I actually will drink butterfly pea flower tea straight-up. It has a flavor that I think is just a “you love it or you don’t” sort of thing as it’s a bit earthy and herbaceous, but my favorite way of taking it is a traditional way the Thai take it; it may make your cup look more purple/violet than blue but could improve the flavor, and that is adding lemon juice (the citric acid from the lemon juice is what will change the color of the pea flower from blue to purple) and honey (I’m not sure if there are any honey alternatives you can have?) Maybe just the splenda and lemon juice will suffice to create the same effect!

Delicious alone but a very weak tea so I advise steeping longer. The lemon /acid makes the tea change color which is AMAZING but it also kills the tea flavor a bit and the lemon becomes predominant. (Still good though!) I’m not sure if there’s a way to up the flavor without removing the blue color.

I love this tea! The dry leaves are a mix of dried lemongrass and butterfly pea flowers. The leaves smell like blueberries! The tea liquor is berry blue. It tastes like blueberry and lemongrass. FUN FACT: If you add lemon juice, the tea turns purple!
This tea is so much fun, grab it while you can!!
I just realized it smells and tastes like FRUIT LOOPS.
The instructions: 1 heaping teaspoon per cup; steep 5-10 minutes @ 212*f/100*c
Ingredients: butterfly pea flower, lemon grass, natural blueberry flavor