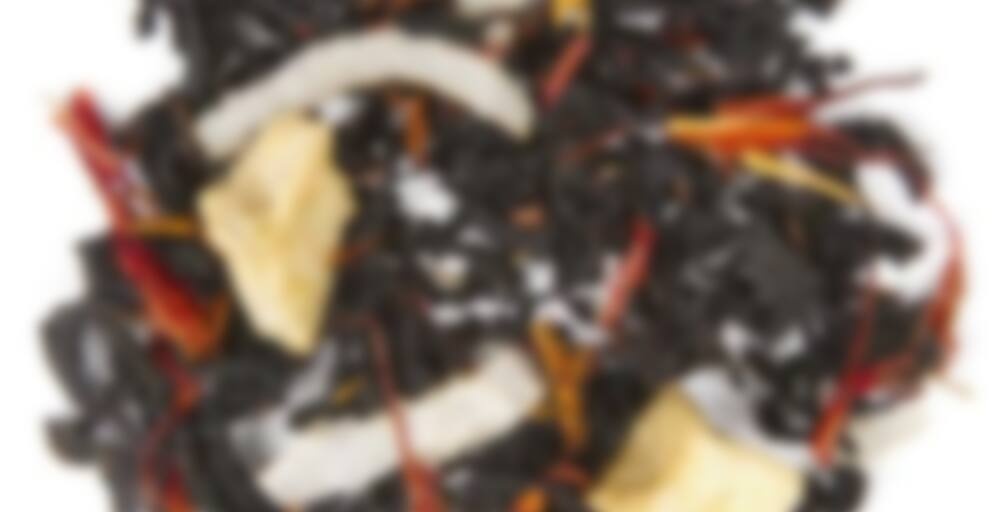 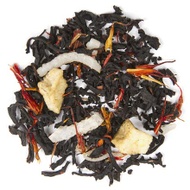 Served hot or iced, our Thai Tea adds something refreshingly exotic to your day. Blended to replicate delicious Thai restaurant tea at home with notes of coconut, cardamom and vanilla. To tickle your taste buds with a tantalizing authentic experience, prepare your own traditional Thai Iced Tea by pouring the freshly brewed tea over ice, topping it off with your choice of sweetened condensed milk or coconut milk. One sip, and you will feel as though you’ve been transported straight to the streets of Bangkok.

Good depending on my mood. Would probably repurchase as a sample.

The name of this tea is a bit misleading, as it isn’t really much of a replication of actual Thai Tea. I love me some Thai iced tea and can’t recall ever having a cup with such a coconuty flavor, and think they should’ve gone with a different name. That said, for what it is, it’s a pretty enjoyable black tea. I like coconut flavored teas, so the strong coconut notes are quite enjoyable. There is a small hint of vanilla (which is really the flavor they should’ve played up if they wanted to taste more like Thai tea, in my opinion!) but it doesn’t stand out as much compared to the coconut. I’m a bit sad that none of the cardamom presented itself in the flavor. The base comes off a bit stronger than I prefer my black teas; I can tell that a lot of things were added to try to naturally sweeten this tea up (apple, honeybush), but it is still pretty astringent, at least to my tastes. So I have to take this with just a dash of vanilla coconut creamer, which helps sweeten the tea up a bit while adding a slight creaminess and emphasizing the vanilla and coconut flavors.

Honestly, this just comes across as a coconut black tea, and there are better coconut black blends out there. If you are looking for a tea that tastes like Thai tea like the name suggests, this certainly isn’t it.

Adagio can be kind of hit-or-miss with their flavored teas, and this one was unfortunately a miss.

This tea isn’t bad by any means, but I would not recognize it as Thai tea. Even if I used sweetened condensed milk instead of 2%. It has a vaguely coconutty, vaguely cardamom-like spice note that’s really hard to place. And why are there apple pieces in this? I worked in a noodle house for years and we never put any kind of fruit in the Thai tea.

Anyway, what I’m saying is that I’m used to the bottled, orange stuff. Or the stuff you make out of powder. This tea seems very all-natural and just doesn’t capture the flavor of the cheap, oversweetened stuff you’d get at the Asian markets.

It’s a pale imitation of Thai tea, but hey, Adagio. I’d say you get what you pay for, but I’ve gotten better teas for less.

Steeped at 3 minutes in 200-degree water it has a mild vanilla-coconut flavor with a little bit of apple. No cardamom at all, even though the seeds are there. I was honestly thinking of cracking some of my own pods open and tossing them in there to see how it would taste if there was any cardamom flavor. I don’t know why the honeybush is even there.

It’s alright if a mild vanilla-coconut tea is what you’re looking for, but if you were expecting something special, I’d look elsewhere.