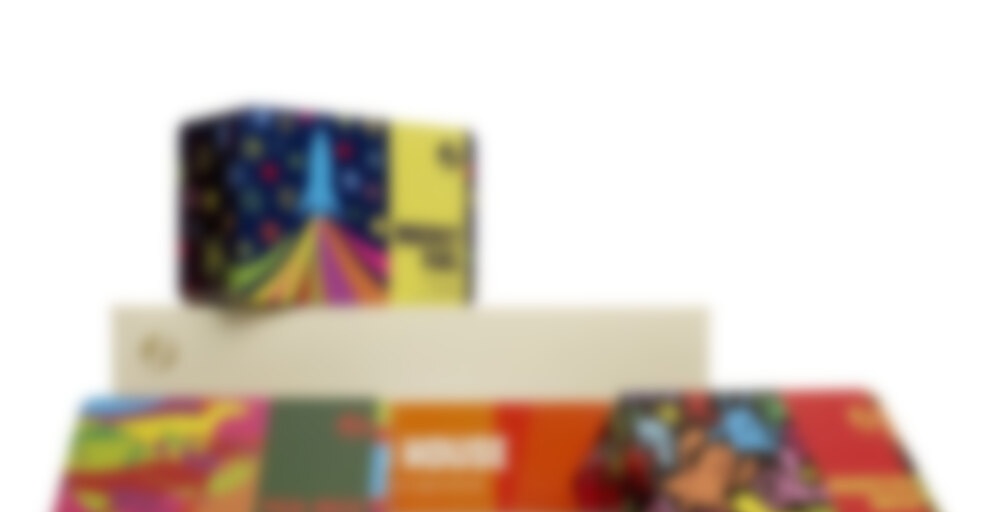 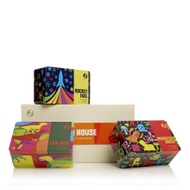 by Adagio Teas
75
You

A delicious tea to help you roar louder, roam wider and grow up big and strong, just like a real T. Rex.

Yep, this is much better as a cold brew. I can actually smell and taste the chocolate, and the cherry isn’t as overwhelmingly strong and artificial. In fact, I think the cherry note is coming more from the honeybush, which always comes off as cherry-like to me, than it is from any artificial flavouring. Upping my rating quite a bit from 53. I still wouldn’t purchase this myself, but I’m enjoying my cold brew cup.

Like drinking a lighter version of a chocolate covered cherry! A little sugar improves the flavor on this one. I like the cherry taste, but I could see how it might taste artificial to people. Nothing elegant and refined here, but yummy.

Today’s cold brew. I used 4 bags in two litres of water, and left it in the fridge for around 10 hours overnight. I wasn’t 100% sure that it would work, but the flavours are strong and it’s a honeybush base, so I’m actually pretty pleased with the result.

I can taste the cherry fairly prominently, which is what I was hoping for, and the chocolate is a mild background note. The honeybush adds a touch of sweetness, but is otherwise smooth and unobtrusive. There’s a creaminess to the overall flavour that I really like, slightly reminiscent of vanilla. I feel like this one has more depth cold brewed than it does hot, which is interesting as well as unexpected. A definite success!

Apparently every time i’ve had this one, i haven’t logged it OR steepster ate my notes. Which is silly. Had a cup of this today and the rest is off to another home that clearly likes it more than me mwahahahahah Just don’t love this one as much as i loved rocket fuel

This tastes weird. As in, it’s fruity but it’s kind of muddled. And there’s a weird note in it that I can’t identify but isn’t honeybush or rooibos.

So reading the ingredients, it’s apple-raspberry-cherry? Weird! I totally would not have picked that out, but now that I’m thinking about it I guess that’s cherry flavour. And there’s chocolate in it? Wow. Tastebud fail. I do not get chocolate at all.

I guess the result of this one is… thank you for the tea, but I don’t really get it so I’m going to call it a no. I mean, it’s drinkable but I don’t understand why it doesn’t taste like the stuff that’s apparently in it! (And also, it’s going honeybush-sour as it cools, so that’s another point against it.)

What a waste of a clever name then!

Heh. I know Cavo likes it, and I was oo-ing over the clever packaging for the tea. :)

I like it but I think the kid likes it more than I do. :) Not sure I’d rec it for adults? (whoops)

Thank you Scheherazade for sharing this with me. After really enjoying the Rocket Fuel Cavocorax shared with me, I was really intrigued by the whole collection. This one in particular piqued my interest as it was specifically recommended by Cavo and now I can see why. Instantly I taste chocolate but then notes of chocolate/raspberry sneak in. To me, this seems like a slightly weaker version of DAVIDs Chocolate Rocket but it is caffeine-free which makes it all the more appealing. I definitely will have to pick up more of this in the future.

i like rocket fuel..but i want this tin..almost bought it when i was in chicago last time… might have to see if this is there again when i’m there in a few weeks..

I am debating about placing an order and sending it to my dad’s place. Scheherazade sent me the three different collections though so imma try those all first.

unless there’s a sense of urgency, wait until i hit chicago…then if they have what you want, i can just bring it back in my suitcase! I’ll be there sunday and likely won’t get much time to shop sunday night but mon and tues nights are my own…and i can possibly get away wed and thrs as well heh

But but aren’t the tins going to be heavy and take up space??

uh the tins aren’t that big… and work is paying for my luggage, so i can always take the big suitcase instead of my smaller “work” one… lol and 5 days of work clothes is minimal in my suitcase anyway… 1 suit; 1 dress and 4 tops. then a whole lot of space since i don’t have makeup and shit to bring hahaha

lol in that case, bring back ALL THE TEAS!!

Thanks 221tea! I didn’t really expect to like this as much as I did, but I’m going to have to restock this! Also, I LOVE, LOVE LOVE that it comes in a dinosaur tin. Yes. This is going to go to my daughter in my next (eventual) Adagio order. I actually cold-steeped this for nearly 24 hours and it was just tasty and great. Fruity and sweet and rich. I think I’m getting mostly cherry out of this too. It was good iced, and hot – I tried both today. :O

This was one I really liked too, I think?

It comes in an adorable dino tin too!

yes. they had them at the chicago store and i was tempted but i’d already purchased a ton