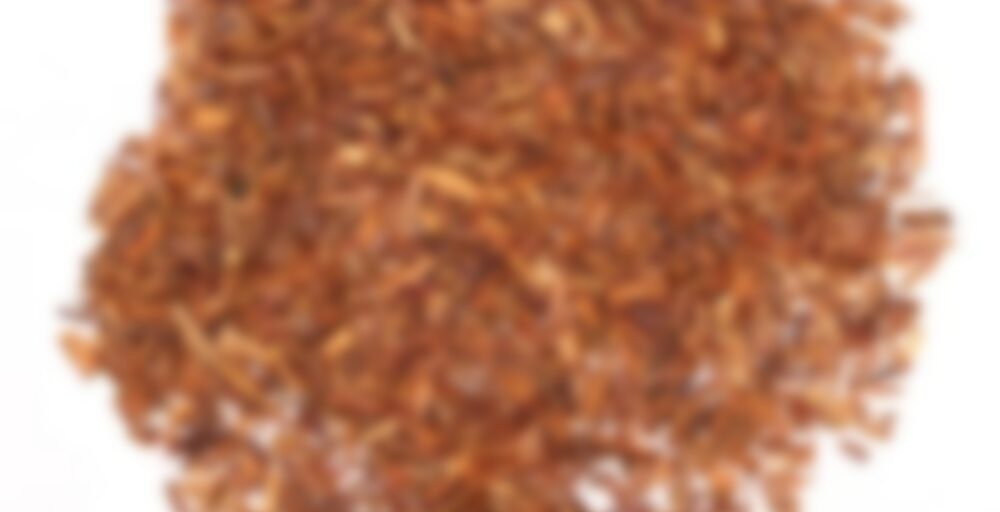 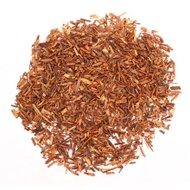 Florida is known for two distinct things: hanging chads and delicious oranges. In an effort to remain apolitical, Adagio Teas chose to use the latter as an inspiration for this tea treat. Combining the fresh, citrus flavor of Florida oranges and the taste of premium Rooibos tea, our Orange Rooibos Tea leaves no confusion over which tea you’ll elect! Naturally caffeine-free.

This blend smelled very orangy when I opened the pouch and it was more of a sweet mandrin orange scent than your more tart navel oranges, I found. At first the orange flavour wasn’t readily apparent in the tea, though equally the woody rooibos flavour wasn’t as strong as I’d feared. There’s an strange flavour that I couldn’t identify that came across as being a bit bread-like or maybe nutty – it was odd, though not unpleasent, just not very orange-like. However as the tea cooled off the orange flavour made a re-appearance and interestingly the tea also became sweet, depite me not adding any honey or other sweetener to it.

It’s not a bad tea, but I don’t think they quite hit the mark with the flavouring.

over time, this has become my comfort tea. it’s like a warm, soft sofa. If i’m in a bad mood, stressed or just want something i know will hit all the right spots.

It’s a nice one, although i agree about the two flavors being unbalanced

Orange and rooibos, sounds like a great mix, however this isn’t as orange as you might think based on how it smells as you are putting it into whatever teaware you use to steep it. The smell is almost 100% orange, however once it has steeped and you get it in your cup, the rooibos comes out to play.

This was my after superbowl drink actually, basically something to calm me down after the big game. Having had it before I knew what to expect, a big orange nose until it falls into my cup, then it is almost all rooibos with a hint of orange overtone. Basically what you have is a woody rooibos symphony and just a hint of orange harmony, exactly backwards what you would think from smelling it before you brew it.

Which just so happens to be how I like it. So if you like rooibos drink this tea, if you are looking for a tea dominated by the orange go somewhere else this one is not for you.

Nose is rooibos wood with just a hint of orange after steeping. Taste is almost all rooibos with just a layered hint of fruit. Which fruit you ask? You aren’t asking you know which one! I prepared this with two teaspoon fulls of “leaf” and 2 cups of water, steeped it and put it in one of my favorite big mugs.

Hope you all have a good evening. Maybe my next tea shipment will come tomorrow… until then!

My first experience with “loose leaf” Rooibos. Came as part of the Adagio Rooibos sampler. Good balance between the Roiboos and the Orange with a very nice aroma. I enjoyed it, but perhaps my expectations were too high. Comprable to other Rooibos pouch teas I have had before.

Tried this again, and I liked it a lot better than the first time I had it. Going to increase my rating.

Added 1t of sugar. The mellow flavors of rooibos pair well with the citrus.

This sample came to me from Lariel forever and ever ago. Thank you!

This is a nice herbal, but I can’t say that there’s much in the way of orange flavor. Strangely enough, the rooibos isn’t over strong either. There’s just a sort of generic sweetness throughout the cup. It’s not bad, but I don’t get “orange” from it. It could be due to age as the sample is almost a year old. Regardless, I was happy to try it, and I had no trouble finding the bottom of my cup!

Enjoying the Herbal TTB, this afternoon. This one smells almost…bitter.
The flavor is a bit like that, too. Not a huge fan.

This is the last Adagio tea in my line-up. After taking a sniff, oh gosh, almost had to put it back. Not only is it is medicinal smelling but it smells exactly like the medicine that made me oh so sick when I snapped my wrist across the growth plate. But had to give it a chance, after all, it worked out for the lemon cloud tea.

As with the vanilla rooibos, it was just okay. The liquid has a gorgeous orange color, but the flavor wasn’t there for me.

Disappointing :/ This tea has barely a hint of orange flavor! I’m better off just adding orange peels like I normally do.