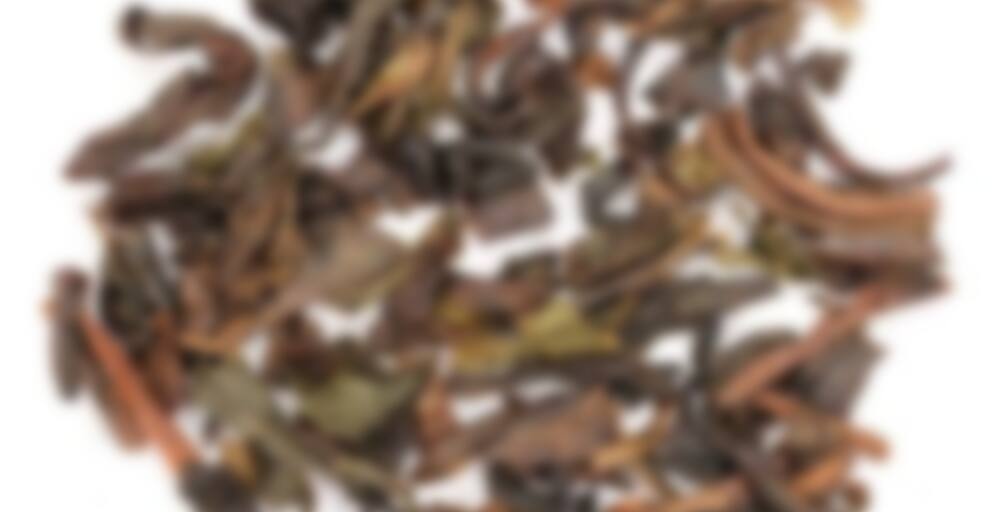 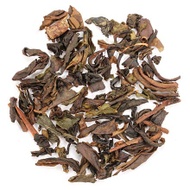 by Adagio Teas
59
You

with 51 Ratings Rate this tea Rate This Tea

Fresh sugar cookies, anyone? For this Vanilla Oolong we start with a naturally sweet oolong from Taiwan. The warm dark sugar quality of vanilla bean adds a perfect flavor and texture element to this already complex tea. So, cookies? Well, that’s just one of several sweet, sugary treats that came to mind when tasting this cup. Brown sugar and honey notes, smooth mouthfeel, lingering fragrance.

After revisiting the Almond Oolong and preparing it in the gaiwan, I thought I’d do the opposite with this one. I steeped three cups worth in the Breville. I’m going to spring it on the BF and see what he thinks.

You know, you live with someone for more than 10 years, several of which have involved an intensive tea obsession, and one day he says, “Did I mention I went through a tea phase? When I lived in New York, I used to go to McNulty’s” and the rest starts to sound like Charlie Brown’s adults going wha wha wha wha because you’re like— what planet are you from and who are you anyway? LOL.

It is possible that the preparation method made the vanilla taste less artificial and bakey to me, however, it isn’t enough of an improvement to sell me on this tea. Sweetening does make the vanilla flavor better (thanks Terri HarpLady for the suggestion), though I have tasted so many really nice vanilla flavored blacks, even the sweetened version of this doesn’t excite me. I’m not noticing that it’s bringing out the oolong more, either, which is one of my difficulties with this. The tea seems to me to be more functioning as a flavor delivery mechanism than as a taste of its own. Bumping it down a few points.

you call someone you lived with for over 10 years the BF? I just find it interesting. to me, if someone’s made it that long they’ve been promoted to ‘partner’ status. :)

Yeah, the nomenclature is a point of discussion sometimes. He uses the term partner to describe me. I’ve been married before, he hasn’t, so my definition of partner is somewhat different and more antiquated, I guess. ;-)

I’ve been with the same guy for 13+ years, & I still call him my BF. Of course, we live 5 minutes apart, so officially we aren’t partners, since we don’t share a house, right? ;)

If sharing a house makes you partners I had a lot of them in college. ;-)

Lol. I have a feeling the law would have a fit if I one day tried to bail taking all our possessions and the house.

Yeah, well, we don’t have a lot of joint possessions. We tend to each have our own things and the house is mine. It predated the BF. ;-)

Leif & I did some work in the garden, pruning out the old canes in the blackberry patch, removing weeds, & repairing the trellises. A storm came up, so we weren’t able to finish the project, but we got quite a bit done, & it already looks so much better. The blackberries are starting to flower, & they always look so beautiful. I’ll make sure & post a pic to FB later in the week.
So…it was raining, with thunder & lightening. We came in & enjoyed a couple of pots of tea together. This was the first, & it was actually pretty nice, IMO. I’m one of those people that prefers vanilla ice cream over any other flavor (coconut milk ice cream, that is). So this has a creaminess to the taste & was rather enjoyable. If I was Christopher Walken I’d say, “Needs more Vanilla”.
Otherwise, it was nice.

LOL, I actually ordered a tea from Adagio called, “more cowbell”.
Me & my son were messing around on the adagio site, & typing in random names for teas, just joking around, & there it was! Of course, I had to order it!

Surprise—a fraction of a pouch had lodged itself in the bottom of my bits n’ pieces basket. This particular sample is elderly, but hasn’t lost its gentle vanilla sweetness, even on a second steep. Reminds me of one of those little crisp tea cookies. A good Adagio.

At any rate, it’s keeping me warm on what is still a coolish afternoon—upper 50’s and cloudy. But I promised Tazo a cuddle and a pet in the patio glider and he is very purr-sistent when I don’t pay up. You can hear a very cold crowd cheering at the school ball field a couple blocks away.

Upping the rating a bit for this time around. I mixed in what silver needle I had left and threw in some of my golden monkey since my supply is dwindling. With some honey in there, it tasted really good. After I was done, I made myself two more cups.

This one came from Ninavampi because I was interested in trying the DavidsTEA vanilla oolong. She didn’t have that, but she offered this and I said yes please.

I’ve elaborated on what constitutes the Perfect Vanilla before, so I shan’t bother to do it again. I can’t be bothered to write all that, but if you really want to know I’m sure I could probably dig out the post in question from the depths of my account.

This one is getting there on the aroma. It’s sweetly vanilla, and quite strong too. There is a coconut-y aspect to the vanilla as well, which I tend to quite enjoy. It reminds me of a specific sort of coconut and licorice sweets, which bizarrely haven’t actually got anything to do with vanilla at all. There’s is an earthy, slightly sharp note underneath as well, which I expect is from the oolong base. That sharpness adds to the aforementioned sweets association which definitely is not a bad thing. At this point I’m making a mental note to check if this tea is available from Adagio’s European site. You know, just in case. :)

But! Aroma is just part of it. It’s the flavour that’s actually the really important bit. The vanilla flavour here is a bit milky and not as strong as in the aroma. This is a big big shame! The aroma gave me some rather high hopes, but the flavour is just not quite up to it.

The oolong base however is shining through nicely. With the flavouring so small, that’s not really difficult either, is it? It tastes a bit woody and quite toasty, and there is a semi-caramel-y note in there somewhere. I wonder exactly what sort of oolong is the base of this. It reminds me a little of a toastier version of the Dan Cong I had the other day, although it would probably be rather a shame to start adding flavouring to that one. Hey, here’s a sudden thought! Has anybody ever heard of a caramel flavoured oolong? Wouldn’t that be interesting?

Anyway, this particular base. If it had been more fiercely flavoured I think this could be really good. If it had come out as much in the flavour as much as it does in the aroma, I could really really have had a winner here. Alas…

(On an end note, I’m still interested in trying the DavidsTea vanilla oolong, so if anybody have some lying around that they want to get rid of, I’ll happily take it off your hands. )

So…. yeah…. not really a fan… It’s not really all that Vanilla-y to me and it smells a little harsh. The after taste is nice though. Probably wont be having this again though once my sample is done.

Cold brewed, this makes an awesome iced tea! Who knew?

5 tsp. cold brewed overnight in about 40 oz. water. (I have a brew basket with a lid that closes from my Trudeau Tea-mendous Travel Mug…it is perfect for overnight brewing!) The resulting brew has a light bite at first, but then a smooth vanilla finish. I must say I am totally pleased with this!

Only 5 tsp? I am new to cold brewing but everything I have read says to double or triple your leaves for iced tea. I don’t add ice to mycold brew tea since it is already cold, so I was just doing double leaves. If using less will still give me good flavor, that sure would save some leaf!

I heard one and a half times the leaves, so it might be worth trying less. I think I would traditionally brew black tea, but for tea I am trying to use up, I would probably try it cold brewed as an experiment. This worked for me since I don’t mind light flavor for my iced tea. I probably could have added more…..

It says to prepare this in boiling water but I erred on the side of caution and used 195 which is still a bit high compared to other oolong instructions. This is pleasant. It isn’t super flavored, but it’s a dark oolong with a bit of vanilla flavoring. I added sweetener which helped. It’s neither amazing nor awful but I’m glad I only got a sample. I have a bit more to experiment with the temperature and steeping time.

This is a perfectly ordinary and drinkable tea. It doesn’t come across as anything spectacular. The oolong is basic without any fanfare and the vanilla is present in the dry leaves and continues to come through in the liquid itself.

The vanilla seemed slightly on the weak side with this. Along with the temperate oolong flavor this tea is decent but uninspiring.

The leaves have a nice vanilla scent. Tastes more like vanilla flavouring than actual oolong. Might have liked it more if I hadn’t tried other oolongs recently.