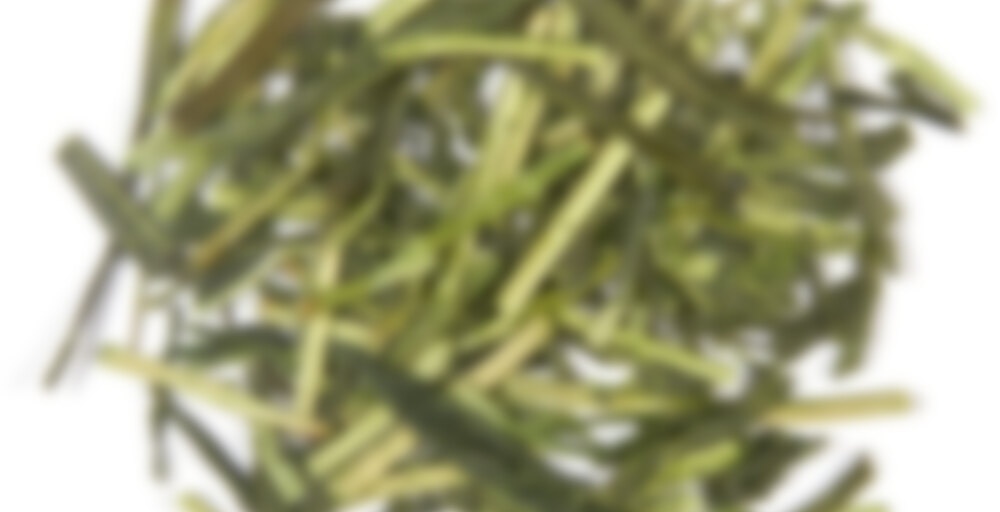 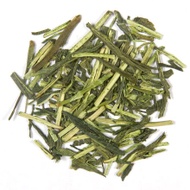 Green tea from Japan that is an unusual combination of green leaves and thin white twigs. Twigs you say? Yes, and you’ll be pleasantly surprised by the results. A sweet infusion with herbal overtones and welcome hints of chestnuts. When feeling adventuresome, please give our ‘Kukicha Baton’ tea a try. And revel in its unique, playful taste.

Two things today, tea and a rant. I’m writing about tea first so anyone who wants to skip the rant may do so. ;)

Tea: I like this! It’s very grassy and slightly bitter, similar to a sencha but a little more toasty tasting. My brain is preoccupied tonight so nothing more to say about this tea for now, which brings me to…

The rant: I took my last midterm today. It was a literature identification quiz, for non English literature majors this is something I probably have to do at least once a quarter/semester. A professor gives you a portion of a text and you have to identify the title, author, and sometimes the date they wrote it or date it was published. Last year I took an Elizabethan poetry class where I got A’s on both tests (out of at least 30 sonnets to remember and some other texts).
The professor said she felt this test would be “quite easy”. I honestly have no idea how I did. She only gave us 1-2 lines, or in the case of the novels we read, 1-2 sentences from which we had to identify the title and author.
She wrote an email a few hours later stating most people did poorly, and she didn’t know why. I wrote back to her (and apparently a number of other people did as well) stating 1-2 lines is really an unrealistic expectation. Her response is that she would “come up with a plan of action to boost this situation” and that all the lines were things she discussed or read out loud in class, so if we studied we should have been able to recognize it.
Well, I know a professor I’m never taking a class from again.

Now, rant hat off! Thanks for letting me blow out some steam, Steepster.

O.o that sounds so unfairly brutal! Unless the lines were key to the piece of literature (like… unmistakeable), I can’t see why you’d have to recognize such a short snippet… (Of course, I’m a science geek, so I wouldn’t really know!)

My main complaint is that it’s 1-2 lines out of hundreds, in the case of most of the readings. Some of them I recognized, and some were like ok maybe this is from Wieland…

Update: my professor wrote me back this morning to say that after sleeping on it, she appreciated my thoughts and they were helpful. Yay!

That is frustrating. It’s good to hear that your professor is planning on doing something to boost the situation.

Tried this iced and paired with dinner:
I’m working on my iced technique still – I tried using 50% more leaf than usual and following usual steeping parameters. So, I used 6 heaping tsp. leaves (finishing up my sample from Adagio) with 500 ml water in the Breville and then added another 500 ml. cold water in a pitcher. I think probably one more tsp. would have made it a tad stronger, but as is it was definitely not bad.
This was suuuper refreshing since the temperature was still in the mid-80s by the time I got around to cooking dinner. My boyfriend and I chugged the entire 32 oz (unsweetened) during the meal. It was kind of confusing to my tastebuds since I’ve only drank this hot, but man I’m glad I experimented before summer rolled around for real!

Something I ordered back in September from Adagio. I wanted to give some of their teas a try based on amazing reputation I had heard, and chose a green that was particularly hard to find.

This tea… is an experience. The twigs give the green tea a nice hint of cashew/almond taste that is very feint. It’s awesome, and very light. I can’t really say anything more about it, as the tea is simple.

For newcomers, this is a definite place to start. Also, this would be excellent in any chocolate based tea lattes because of the tea’s undertones. I would probably concentrate it to do that.

A light green tea with a pleasantly nutty underbelly — okay, okay: undertone (undertaste?) — that is very interesting, particularly since it comes from the addition, apparently, of twigs. Well done, twigs! Who knew you were dying to get into the tea business lo these many centuries?

Green teas on the nutty side tend to intrigue me far more than their grassier-tasting cousins. Too much grassy flavor = liquid lettuce. Although I do love a good salad, said love is incredibly fleeting when composed in liquid form.

Sidenote/Sidemuse: Drinking a cup of green tea always makes me feel distinctly mellow, the sort of mellowness I never feel with black, white, or even herbal teas. Why is this?

It’s funny you should mention the mellowness compared to black or white teas! I’ve been doing some research on tea lately, and it turns out that green tea has the most L-theanine in it of any other kind of tea. That would account for the mellowness. …Fascinating stuff! :)

Just got this in from Adagio. It reminds me of a less smooth and wholesome version of Samovars Ryokucha. It’s definitely got that chestnut aftertaste coupled with a very earthy and grassy undertone. I do sense just a touch of sweetness but it’s not that powerful.

A cupful of green, green, green. A nutty flavor with a vegetal kick that makes this green tea lover very happy. I don’t really get any sweetness about this tea, but it’s warm and has good texture.

Be careful not to oversteep this one – if you don’t like the bitterness of green tea, you won’t enjoy the bite to this one at all!

I really like this tea because it’s so versatile. Unlike other teas, I enjoy it in a variety of steeping methods. Each has a unique flavor. Western style—it is smooth and reminds me the most of green tea ice cream. In a gaiwan using extra leaves and short steeps, there is a rich buttery taste. As an iced tea, a new sweetness came out of it.

I’m much more monogamous when it comes to green tea. I could be satisfied with just this one. For a casual green tea drinker like me, this is a good staple to have year-round in the pantry.

Adagio has run out of the larger shipments of kukicha for now, so I hope the next batch is as good.

Light, sweet, nutty, grassy… I want to keep this with me forever and ever. This tea embodies all the reasons I fell in love with green tea in the first place. Thank you so much to Aggie for giving me some to try!

Indeed an interesting tea. It is not bold or complex as other greens but it is definitely nice. The dry leaves smell buttery and the infusion has the characteristic pungent aroma of japanese greens but a lot more subdued. It pairs well with mild tasting meals and is a good tea to drink during meals because it is not very complex. I wouldn’t drink this every day but will keep it handy for when the mood strikes.

I purchased this tea specifically so I could drink it throughout the day while I was working. I really enjoy it because it has a great aroma to it and the taste is good (I’m no tea expert, but this is just what I prefer at the moment). I usually steep one serving about 3 times before I get another scoup of it. So far it’s worked great in providing me with energy and focus throughout the day. It helps keep me not only hydrated but alert throughout the day. The tea’s taste is to me, a light bodied tea, with more grassy overtones because of the steams I’m thinking (maybe not?). Overall, this is a good tea and I will purchase it again.