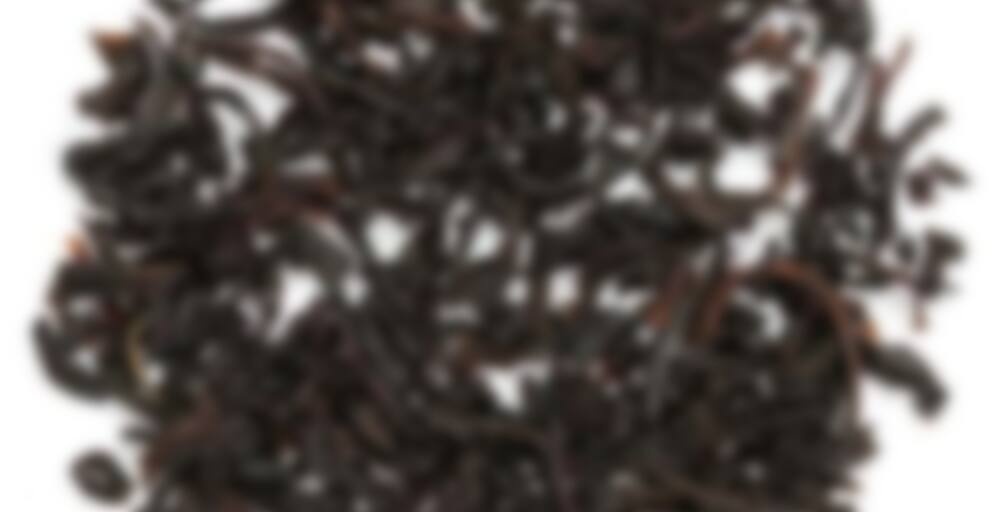 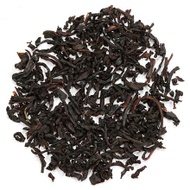 by Adagio Teas
67
You

According to the International Ice Cream Association, Vanilla is by far the most popular flavor, getting a full 23% of all ice cream consumption. Inspired by this love of vanilla, Adagio has created Vanilla Tea. Combining the delectable flavor of sweet vanilla beans and premium Ceylon black tea, I’ll scream, you’ll scream, we’ll all scream for… Vanilla tea!

Every once in a while I think that the best recipe for happiness is a hot cup of an old favorite tea next to a beloved dog who just wants love. Today I had a really long work day, and I don’t foresee my work days getting any shorter than 12 hours in the near future… So my moment with my cup of vanilla tea is both delicious and thoroughly enjoyable.

As I have mentioned in my previous note, this particular vanilla black is one of my favorites. Maybe because it is one of my first or maybe because my tongue really likes it… Either way, I am enjoying it black at midnight. Appropriate if I were a tea drinking vampire. Sadly, I am not… So I have to manage to go to sleep and wake up in the next few hours.

As for the tea, it is still smooth, vanilla creamy and sweet. The tea base astringent and more so today that I have not milked it. Tough it is sweetened. It is sort of like the equivalent to eating really dark sweet chocolate. I actually really enjoy it. The vanilla is smooth and heavily present while the black tea base cuts through the sweetness. The sharp astringency works well to balance out the creamy vanilla cutting through the silkiness.

Still up there with my favorite teas! And my go to tea to sip and relax! :)

sounds good to me!

You don’t want to sparkle in the day light any who. ;)

Come to think of it, that would probably be the worst part of being a vampire. No more food! No more tea?! How would I live??

As I am finishing up my stash of this loose leaf tea I am very happy this morning as I have just been accepted as a Tea Reviewer over at The Tea Review Blog! YAY! I believe my first post will go up today!!!! Now…back to this tea. Since this was the last of my stash I steeped a bit more loose leaf because I wouldn’t have have enough for a separate steep so I will be trying multiple infusions with this today. This first one was really bold and dark – it’s time to see what the 2nd Infusion does…

2013-06-22
i had a tea party this weekend
http://instagram.com/p/a6fNyDoc16/
we drank a lot of teas
and ate a lot of cheese type stuff
and we talked for HOURZ! caffeine has that effect on people i guess.

if anyone on here uses MyFitnessPal feel free to add me.

2013-07-15
i didn’t have any more of this left and then i got a small sample from CHAroma, so i tasted it again today.
not a very exciting vanilla black.
i am addicted to the Della Cafe Vanilla though. like in a passive way where i buy it and drink it all and don’t even get excited about drinking it, i just realize how quickly it disappears. which is quicker than any other tea i have. so basically it’s not a fair fight. not at all. but i’m still thankful to get a taste!!

I created a MFP account the other month but fell off the wagon. Ugh. But I’ll find you when I log on next time!

Weirdly astringent. Doesn’t taste much like vanilla, and even with milk and agave it sort of tastes like vaguely tea-flavored sweet milk. I won’t miss this one.

thank you Amanda for sending me a bit of this one to try! I love vanilla teas. It seems like I’ve tried a bunch of them and they are all usually equals in the vanilla tea department. They all seem to be equally delicious. I don’t know who said vanilla is boring, because I think vanilla is heavenly. I knew this one would be good since I know Adagio’s black tea base would be a good one for vanilla. This is very very good. It’s smooth and sweet, but the black tea has the perfect briskness to it. The second steep was just as flavorful. Adagio continues to impress me! I’ve only got one more teaspoon left, but I’d definitely consider restocking this as my vanilla tea staple.. but like I said, all of them are usually nice. I don’t know why the steepster score for this one is so low…

I used to think vanilla was boring but that was before I really understood how awesome it is.

We keep the decaf version of this on hand, and it’s nice too. Not as good as caffeinated, but a good decaf option since there are comparatively few.

This morning I brewed up some straight Vanilla tea, continuing the Adagio theme from yesterday. With the first sip, it was horridly tannic and I had to add milk and sugar right away. Well, maybe I didn’t need to add the sugar right away, but I did anyway.

Second sip is much more enjoyable. The vanilla is very soft and mellow. I didn’t have quite the same experience as Ninavampi with this tea. I wish it flooded my kitchen with a glorious vanilla scent, but alas, it did not. Although I do agree that it is a simple, comfort tea. Very comforting indeed. I used 1.5 tsp in roughly 8 oz. of water for 3 minutes. But the flavoring is quite light.

Now don’t get me wrong, light is not bad. It’s not so subtle that it’s nonexistent. It’s just a smooth, mellow, waking-you-up-slowly kind of tea. Not my first inclination for what a breakfast tea should be, but still quite enjoyable. Also not quite as good as that Samovar vanilla tea they stopped carrying. Oh, I wish I could get more of that! Sadly, it disappeared from the website shortly after I received my sample. But I’m happy with my choice of tea this morning.

And now it’s off to work with a belly full of tea and English Muffins!

Wake up, self. Look alive. Have only just done barely 300 words on NaNoWriMo today. As previously mentioned work was particularly tiring today. I hate meetings, I do. I much prefer to just zombie about in the lab and get the daily specimens out of the way.

I need to get some more words down, just half an hour more of writing would be acceptable.

So we took a black one because blacks always feel like they have more caffeine in them (even if they don’t really) and I went for this one, because I felt like something flavoured. One of my extravagant Adagio teas. I wish I could afford to shop there regularly. (I’ve seen a cucumber(!!!) thing among others that I’m absolutely desperate to try!)

It’s sweet without actually being sweet-sweet. It sort of tastes like vanilla smells instead of tasting OF vanilla. Hard to explain, but I’ve found that I rather like it a lot.

I’m still carrying around some tentative chai-inspiration from the chai-cino experiment of the other day, so I’ve tried a cup with a bit of milk. Not a lot, just exactly enough to cover the bottom of the cup (mind you, my current cup have a fairly wide bottom (snicker) and it’s not really working. Possibly it should have had a bit more milk, because somehow it’s like the watery-ness of the tea is all the more obvious. I think it’s because of the colour. You expect something with milky viscosity and don’t get it. It’s odd and sort of distracts the mind so you forget to pay attention to the flavour.

So, closing my eyes and taking another sip. Weirdly, this actually does help on the viscosity issue! It’s all in your mind, apparently. I wouldn’t say the milk really brings the best out in the tea here. On the contrary, the milk seems to get a kind of semi-sour sort of note to it. You know like milk that hasn’t actually gone off but has lost the sweetness and has just started to taste of fridge. I have to say that I’m a little disappointed that it doesn’t work with milk. It sounds like something that would have been lovely with a bit of milk.

Sweet and simple, kind of reminds me of Adagio’s Cream Tea. I think it would probably be a good base for some sort of blend. I’ll have to try it out.

From my flavoured black Adagio sampler comes…vanilla tea! Now I’m a huge vanilla fan, and this is my first “straight vanilla” tea, so this was one that I was most excited to try.

I’ve made this several times now (very behind on logging my tasting notes), and I followed the steeping parameters on the tin each time to very tasty results. Thankfully it seems quite forgiving of over-steeping and only once did it turn out icky-bitter (which was overcome with some milk and sugar).

The dry leaves have a pleasant tea-vanilla scent that is quite natural (more vanilla bean then super-sweet vanilla dessert). The liquor continued with the vanilla scent just milder then the dry leaves. I tried it first straight and found it drinkable with very little bitterness, but also not much vanilla flavour. I find vanilla is one of those full flavours, it should have some heft and substance you know? Straight this tea had a pleasant black tea flavour and a hint of vanilla-bean taste/scent but without the sweet-richness I think vanilla should have.

I added some milk (really want to try it with cream!), and about half a spoon of of sugar and found this really brought out and filled out the vanilla flavour nicely. This would make a nice dessert tea with some cream or flavoured creamer and I definitely want to try it combined with some of my fruit teas! Vanilla-strawberry…drool

Light black tea with a smooth vanilla flavor to it, but a bit of bitterness too.