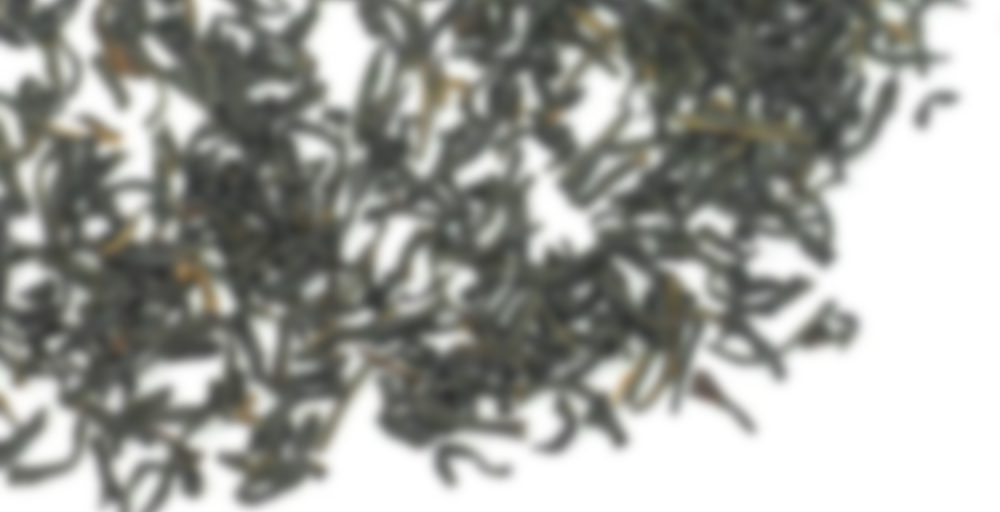 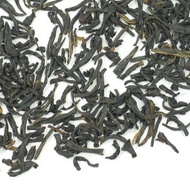 by Adagio Teas - Discontinued
76
You

Black tea from the Anhui region of China. Keemun tea, perhaps the most famous of Chinese varieties, is prized for its rich chocolaty flavor, and sumptuous aroma. The ‘Keemun Encore’ is a hand-made, limited production ‘Hao Ya A’ grade tea. It is a rare embodiment of this tea’s wonderful potential.

this is a fairly simple cup of tea. kinda flat in nuance i guess. but nothing problematic or offensive. it’s kinda gentle in a way. hobbity. it has some nice damp earthiness to it. i’m sure my man-friend will drink it all up if i don’t watch him closely.
thanks very much TastyBrew! i’ll have several more cups of this i’m certain.

i’m gonna order a tea from Adagio, and i wanted to ask my friendly and thoughtful followers if you have a favorite Adagio tea they recommend. it’s hard to tell from the company steepster page what is actually the best because it’s opinions from the whole steepster community who i don’t know at all and may not even be active anymore. but i know the people i follow tastes quite a bit more, so i’d probably fair better with some of your personal picks. Thanks!! xo

I don’t seem to have great luck with Adagio (especially their straight blacks) but the teas I do like from there are their Gunpowder Green (very mild), Thai Chai, and Caramel. And those are pretty much the only ones I’d ever reorder!

thanks for the feed back Lindsay! i was considering the Caramel :)

I decided to go for black tea over yerba mate – I like the yerba mate but it makes me too jazzed for writing. Saving that for later in the day when I’m flagging…
So, I opened up the bag of the Keemun Encore – wow, the leaves are so tiny! I really like the scent of this. It’s creamy and smokey in this wonderful dark way like the back of a cool cabinet.
After brewing it, I’m getting really strong smooth overtones of cream and honey. I tried it black first. Drinking it was… interesting. None of the sweetness of the scent translates into flavour, but the smokiness definitely does. It is pleasantly astringent, with a funny aftertaste that lingers. It’s almost metallic, along with the smoke. I’m actually picturing a soldier from the 1930s opening a cigarette case in a cave. How’s that for oddly specific tea imagery?
In its favour, the liquor is really really nicely thick. I’m not sold on the taste – going to add some milk to this cup and then try a second infusion. Not bad, the scent is great, the taste is slightly un-complex and a little “funny”.

ETA – I added milk and have completely changed my opinion. The milk brings all the creaminess and smokiness from the initial scent right to the front and takes away the metallic flavor. With milk, it is a really really nice drink. Still not wildly complex or anything but just really pleasant. Wow, what a difference!

Boiling 4 min, 0 sec
Yours I Like This
9 likes
2 comments
Edit

If you like this, definitely try Keemun Rhapsody and Concerto. Rhapsody is my (nearly) every day tea at work (I alternate with a jasmine oolong) and Concerto is my treat. It’s so tobacco-y and chocolate-y. I love them both.

Oh, neat – I’ll add them to my list of things to try. I love the tobacco/earthy flavors. Thanks for the rec :)

Having so much fun trying so many teas from Teabox B — thank you everyone! I like this one — a bit of smoke with burnt chocolate flavor. Just enough smoke flavor that a keemun should have. Not my favorite “burnt chocolate” tea though. The leaves are black with little specks of gold. A really dark steep color but nothing astringent even after a five minute steep.

It’s been forever since I’ve placed an order with Adagio. The last several have only been for blends, tho. When I first started buying online I started with them. I think many of us did. Then we move on to others. It was some time after that – that Adagio came out with this one in their regular line. For that reason – is why I haven’t had it until now, I guess.

This is a weaker strength black but has potential. It has cocoa-type hints and is a little malty. I, personally, would like this flavor magnified, but it’s not bad in its own right.

Hate the smell, love the taste. That seems to be the theme of the teas that I have had over the last few hours. This one is very nice, though it smells very generic. There are nice chocolate notes and very little bitterness. I might not buy this one regularly, but as a sample, not bad.

Ta-da! An empty tin! One down … uh, others to go. This has been an enjoyable tangy, feed-sack grainy, staple tea for cloudy fall days, though I was never brave enough to try it with milk. Just seems like the milk would “clabber up” and sour (as Grandma Jenkins would say).

This is a comparison tasting against Keemun Concerto and Jackee Muntz; see further notes here http://steepster.com/Tea_Bird/posts/36237

The flavor of the smoke is even more prominent, in a way, against the sweet creamy backdrop of milk. I think the chalk/sawdust bit might still be there, but the milk blots out any astringency so it’s much less noticeable.

Steep 2 is sweeter, mellower, but distinctly weaker. I expected this one to hold up better to multiple steeps, given the price differential between it and Concerto, and given that it looks and tastes more like Jackee than Concerto. But no; steep 2 is drinkable, and there is still some sweet smoke, but weak.

Conclusion? I’ll drink what I have, but I would not buy more. The dry leaf and the liqueur look similar to Jackee, but the taste and durability (is that the right word for providing multiple steeps?) do not further the resemblance. I’m not enough of a smoke fan to appreciate this one as an everyday drinking tea.

I’ve found, recently, that I like the tea steeped just shy of five minutes. Previously, it’s astringency was too overpowering. The smokey notes in this Keemun have a very classic feel. As it cools I taste roasted chestnuts and pecans. Perfect for a walk in the snow.

Unlike other Keemuns I’ve had this is less chocolate and more smokey with an almost blackcurrant sweetness. I steeped only for two minutes which was plenty. It has a brothy mouthfeel with a dry aftertaste. Nice but I like Keemuns with a chocolate taste better.

Boiling 2 min, 0 sec
Yours I Like This
2 likes
0 comments
Edit

Dark, fragrent, with smoky overtones. A great accompanyment to a chilly morning.