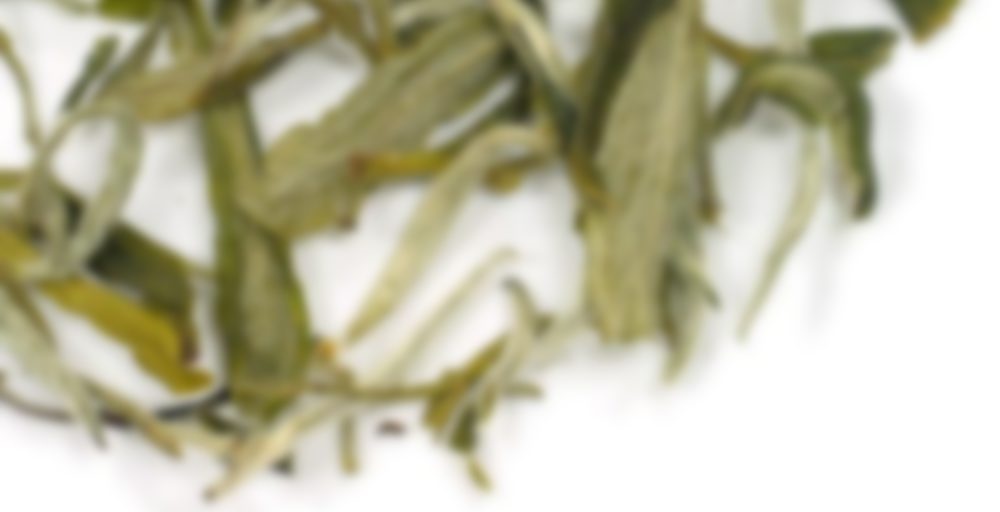 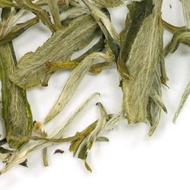 by Adagio Teas - Discontinued
68
You

White tea from the Fujian province of China. Snowbud as its name implies is an airy, light tea. And yields a cup worthy of its name: it is effervescent and graceful, with delicate, clean aroma. Snowbud is comprised exclusively of unprocessed leaves and buds, all gathered and dried in the early days of spring. Of all the teas we offer, our ‘Snowbud Finale’ is the lightest one. If you enjoy the subtle, gentle taste of white tea, we hope you’ll give this one a try.

I’ve concluded that my recent Adagio white tea sampler tastings may have all been fundamentally flawed by significant underleafing. I should know better. But somehow I let the convenience of the Breville take over when my brain should have been making the decisions.

I was reading the thread about volume vs. weight and what Dinosaura said about weight in relation to white tea made me go “oh crap.”

So for this one, I got out the scale. Turns out if I’d used a spoon instead I’d still be one pot away from a sipdown. I had just under two cups worth of tea by weight so I steeped this in 500ml of water.

The good news, such that it is, is that the underleafing in this case may not have made a lot of difference. The flavor of this one is so light that using a lot more tea doesn’t seem to have much impact. (It may still have affected some of the others though. Bah!)

Lots of info about that in my various previous notes on this—too much to summarize here!

could you give me a link (url)? or would it be better if i searched for it :)

If you click on the link in the name of the tea of a tasting note you’re reading, you will go to the page where all the notes on that tea are posted and you can read all the other notes someone has posted about that particular tea. I’m not sure it’s possible to link more specifically than that, but perhaps someone else knows.

oh, ill check it out sometime :)

Thank you Azzrian for the sample!! (this was from you wasn’t it? lol)
Now, the tea… I see what everyone means about it being light and airy. Like a cloud! and there is a woody sort of note in there to. Grass, and wood. Oh and some very mild sweetness, barely there unless I concentrate.
Myself, I prefer the more floral (non jasmine) white teas, but this was pleasant for a change. Thanks again for the sample Azzrian!

hi tea friend!! sorry I haven’t been around much. miss tea talkin with you!

You too! Get some rest!

I’m picturing Donald Duck’s Nephews lined up in their little beds snoring… do you remember that cartoon?

bahahaaaaa YES how could I forget? thanks for the giggle ;P

Every time I’ve had this previously, I’ve complained about it being wimpy. Had about 1/3 of an Adagio-sized sample tin left and just dumped the whole mess in a tea-for-one to get rid of it. I should have done that sooner…finally, flavor! Still light, but finally found the “butter zone.” Was good for our first really chilly afternoon in months when I didn’t want heavy caffeine. Upping my rating just a scoosh.

I use a lot of leaf for my whites, ~1TB most times.

Yeah, that’s the lesson I’m learning with whites too. I have a tin of Rishi’s Snowbud that I didn’t like at all until I started using more leaf (like two grams in a 4oz pot), but then it was delicious. Buying a tiny scale and measuring my whites by weight has let me enjoy them a lot more :)

I agree teabird… I use it for other teas, but whites are the reason I bought my scale- craming the long, delicate leaves in a measuring spoon is a MAJOR P.I.T.B.

Dangit. I didn’t rinse my work mug enough, and it still had soap on it, so I wasted the last of the sample of this.

Oh well, it’s not a tea that I covet like Gollum.

I just did this the other day with a mug of tea: the horror!

Another sample I had bought a while ago. I kind of went overboard when I was buying samples from them, so now I’m slowly going through them.

The leaves are curled like a Bi Lo Chun but lighter and with curled buds. The dry leaves smell very fresh and crisp with a hay note to it. It reminds me dry leaves in the fall. The wet leaves are slightly broken, not too bad and the opened fully on the first steep. It looks a lot like a green tea and I’m picking up some sort of fruit scent, not like a berry, more like a peach or plum. I’m surprised this is a white tea, I would’ve guessed it was green had I tested it blind. The taste is like green tea and white tea had a love child. It has hay notes, buttery notes, floral notes, vegetal like asparagus notes and still has a crispness to it. This is good!

This is one I desperately want to get on payday! Have had my eye on it for a bit now!

1st sample I’m trying from the white sampler. White and green teas are my favorite.

The raw leaves have an extremely light aroma, ever so slightly like vinegar yet not NEARLY as strong as some white teas, like their white cucumber which is my favorite.

When steeped the liquor is a buttery, creamy yellow and the aroma is MUCH lighter than I was expecting based on the liquor. I almost had to inhale the tea to smell it, but this could be because I woke up congested due to allergies.

Wow… This is an interesting tea… the flavor is light, but also creamy, thick, and buttery. Brandice was right, it does have similarities to broth. Is this the tea Mrs. Butterton drinks? Infact I may add my bullion to this when I make chicken soup instead of water…

The liquor of the 2nd infusion is slightly lighter than the 1st, but I’d say that a better way to describe it would be more translucent. This infusion looks like tea instead of butter.

The scent seems to be stronger for some reason, but maybe my sinuses are clearing.

The flavor is a little weaker, allowing it to be more fluid instead of thick. The 1st infusion seemed to coat my tongue while this one just washes over it. It tastes more like tea instead of butter or broth.

What is it with me and 3rd infusion lately…
The aroma and liquor were lighter than the previous 2 infusions as I expected. The flavor was also a bit lighter (weaker), but it was also lighter as in it didn’t taste ANYTHING like a butter slick over my tongue. Maybe this is what a white version of their cream flavored tea would tast like. It’s light, yet creamy, and yet there’s also a very light floral taste in the back… but it’s NOTHING even close to drinking perfume. I think this is my favorite infusion. I should be able to get a decent 4th infusion out of this, but I think I’ll wait and move on to another white sample for the rest of the day.

Conclusions:
This is a strange white tea. I don’t really care for the buttery texture and taste of the 1st infusion but it isn’t so foul or weak that I won’t drink it. I may make the 1st infusion for a friend:)

Not my favorite white tea, but I might buy it again and would drink it if someone offered it to me.

I have this one on my list to try soon too!

I enjoyed this tea, I would describe the notes as slightly woody and a pronounced milky flavor.

I gotta try this one again steeped for 3 min. Steeped at the suggested 7 it tastes like someone is pouring whipped butter down my throat. Nasty. Thanks for reminding me to try this again.

I am going to compare them all here (with my original white tea) and post the same note to the others.
I brewed 2 tsp of each in small teacups, steeped for 3 min at 180F

Monkey Picked White -The Tea Spot: Still my favorite white. It has the most pale liquor of all three and the most amazing creamy texture, with just a hint of citrus. When I say hint, I mean that it is so slight that I don’t always detect it.

White Symphony – Adagio: is this even a white tea? wow, the liquor is really dark golden and the flavor is strong of hay and barley. It kind of reminds me of brewers yeast (I had a lot of that (mixed in cups of water) growing up because my father was obsessed with the stuff). I actually like this one, but I don’t think of it as a white tea. It’s in a unique league of its own. I don’t know that it’s a tea that I’d want all the time, but I could be in the mood for it sometimes.

Snowbud – Adagio: My least favorite of the three. Liquor color is in between the other two. Flavor is slightly bitter and its not as creamy as my Monkey picked. There is another flavor, I don’t know if its nutty or mineral, maybe a blend of the two?

Tasting a little spice on the tail end. Nice surprise. Pale color. Good tea, but aftertaste lingers a little more than I like.