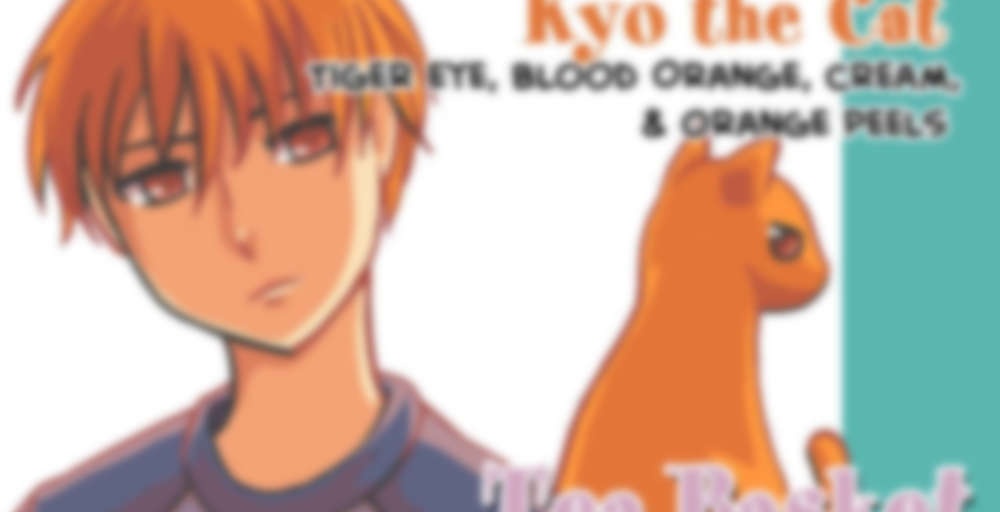 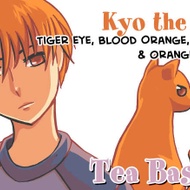 by Adagio Custom Blends
79
You

Though short-tempered and impulsive, Kyo shows that he has a much softer side after meeting Tohru Honda. The Cat is a blend of tiger eye, blood orange, and cream, with orange peel accents. (blend and label art by sonicorca@tumblr)

‘Maybe I’m not perfect. Maybe I have a long way to go. But someday… someday I’ll be able to stand and walk on my own. Without hurting anyone… and without being a burden.’

Not sure if I’ve mentioned it before, but I’m a big fan of the Fruits Basket anime. I watched the original when I was in highschool, and have been closely following and obsessing over the reboot – some day I will get into the manga, but right now I’m holding back from diving into that rabbit hole…

Kyo is my favourite character in the series – and the most recent episodes of the second season have been some really good Kyo episodes. I love soft, tender and gentle Kyo. The Kyo underneath all the anger and resentment, and the defensive shield he puts up to hide that. I’ve wanted to sample through this Fruits Basket inspired set of teas for a long time now, and while I didn’t go all out and order the whole sampler I did toss in this Kyo blend with my last order.

The teas picked for the blend seem perfect for the character – Tiger Eye, Blood Orange, and Cream. Kyo is possesed with the cat zodiac spirit, which ties in the Tiger Eye. Blood Orange fits because, aside from his orange colour scheme/character design, this seems appropriate for his fighting spirit as well as the bracelet he wears fashioned of blood and bone. Cream for the soft person underneath it all, who had his childhood stolen from him.

The bonus for all of that!? The blend tastes really good! I often forget that the black tea base Adagio uses for most of their main assortment is a bit more fickle/sensitive to oversteeping and as a result I usually get astringency in bitterness in my cups because I tend to not be the most attentive to steep times when I’m working. However, even with a long steep time I’m finding this blend reaalllyyy smooth and enjoyable. I’m not tasting as much of the Tiger Eye as I thought I would – but I’m not mad at that because the result is essentially a rich, deep Creamsicle type of flavour that it so scrumptious! Feels like tasty, sublime relief on a hot summer day.

Plus, it just feels righ for Kyo as a character.

It’s always so fun when a fandom blend not only makes sense for the character in the teas that were composed, but is also just really tasty to boot!

I have a hard time choosing between the Sohma men, but I think Shigure is my favorite…

Dammit Ros, now you’ve got me looking at fandom blends on Adagio! (facepalm)

They’re truly all really well written characters! Some of my other favourites are Momiji, Tohru (of course), and Arisa – even if they aren’t all Sohmas.

Furuba (and anime/manga) fan in general here! My friend Todd (ashi here on Steepster) once had a car (and a Honda, of all things!) with Furuba characters painted on it.

That is AMAZING!! Was it being a Honda intentional or just a happy coincidence?

A happy coincidence, he had a Honda before he decided to create it into an “itasha” car! The hood ornament ended up right in the middle of Tohru’s leg, too!

That’s incredible! Thank you for sharing photos Todd – it’s even cooler than what I was picturing!