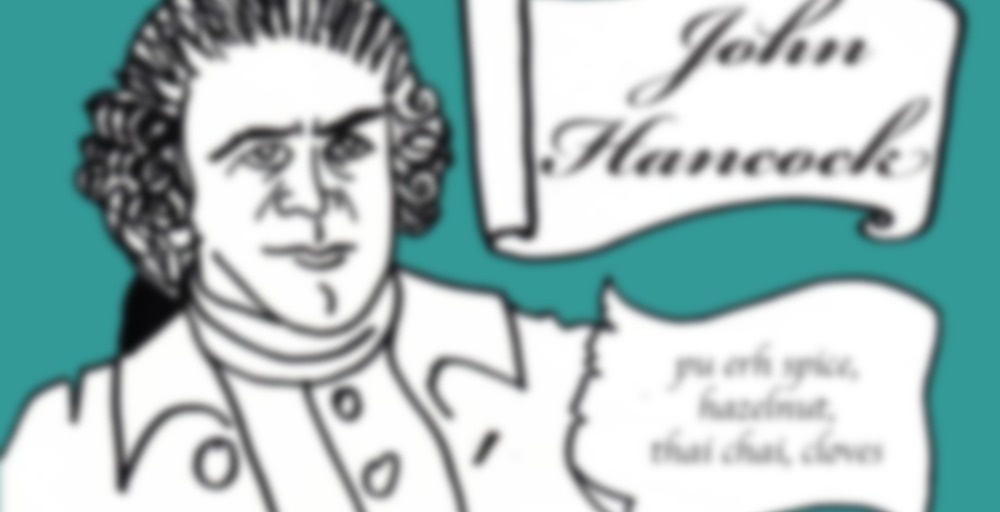 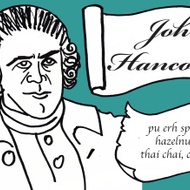 by Adagio Custom Blends
--
You

Despite strong ties to hot-blooded Boston, John Hancock was unanimously voted to serve as the President of the Continental Congress, a position in which he moderated volatile egos and opinions. Though he served well in this legislative capacity, Hancock was not without controversy of his own, having a dubious history of smuggling goods on his ships, and making the gutsy move of signing the Declaration of Independence with a signature so large King George III could read it without his glasses. Palatable to all, Hancock’s blend has safe and level hazelnut black, with a little bit of a wild side with the almost-tropical thai chai and the tricky metallic earthiness of pu erh spice and cloves.