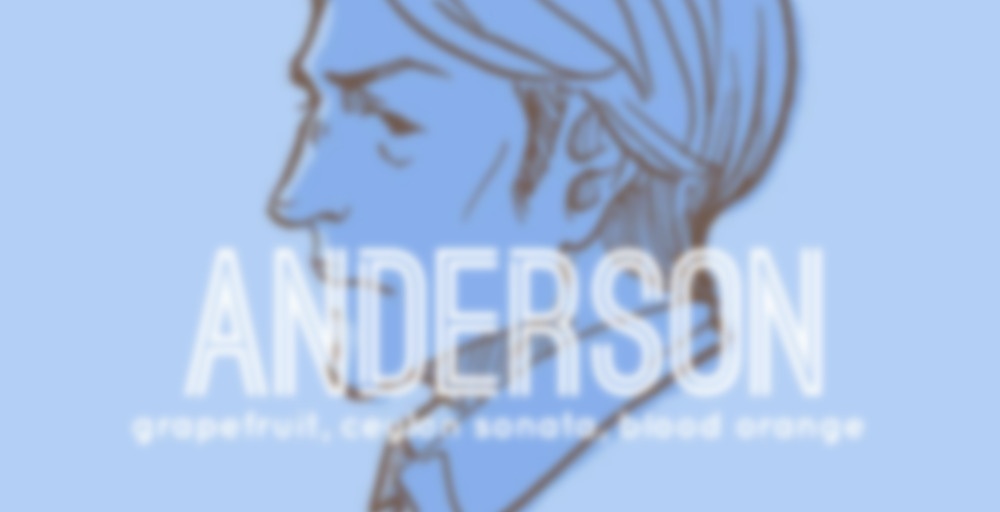 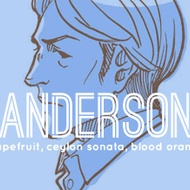 Bitter. So bitter. Some seem to be attracted to it though, for whatever reason. Also just a bit fruity. Best served cold.

“I believe in Sherlock Holmes.”

if you haven’t seen the Sherlock short that takes place before season 3 begins, i recommend it. i mean, not mind blowing or anything, but lots of feelings. and you get to see Anderson’s beard. it’s the short that made Philip Anderson more than just a one dimensional annoying loser.

so maybe like Anderson, this tea doesn’t seem very popular but i still kinda like it. it will be very easy for me to finish my half-tin sample quickly. so yum.

i like blood orange teas a lot cuz they are a great contrast and variety to the usual chocolate and cookie flavored type teas i tend to drink most.

hooray the beard-o weird-o!
i would totally drink a cup and let Anderson rattle his theories off to me.
and then i’d buy him lunch, cuz he IS , ya know, all unemployed now and stuff.

I feel Anderson’s pain (unemployment bro-fist!) but also, it was nice to see him get a bit more development in series 3 beyond just sort of being a dude who a) doesn’t like Sherlock; and b) isn’t as smart as him, either. Now I just live in hope that Donovan gets more than a cameo in series 4 ;)

Backlog from yesterday: I seem to only make this one as a cold brew. This time I passed it off on to my fiance who likes iced tea. He said he liked it, though I definitely didn’t sweeten it as much as he’s used to. I don’t have too much of this left, so I think I might just use up what I have for another iced brew.

ETA: I’m brewing up some double strength to pour over ice, which I rarely do. Normally I cold brew. Fingers crossed I didn’t screw it up.

So not only is ‘Anderson’ a geeky Sherlock tea, but I feel Anderson as a character was a bit geeky… geeky about following Sherlock’s antics so much that he ended up being the person that was adamant that Sherlock was still alive after his fall.  So this tea is double geeky.  I’m glad it’s finished, as it was a little faded there at the end… basically tasted like a plain strong Ceylon without flavoring.  That means a wrap for the four Sherlock tins that MissB sent me back in the day!  I will of course keep the adorable tins.
2022 sipdowns: 64

The last of Friday’s teas. After two cups of chai, something light and refreshing was just the ticket! I used 1 tsp of leaf, and gave it 3.5 minutes in boiling water. No additions.

I have to say that the flavour here is mainly ceylon. I’ve actually drank Adagio’s Ceylon Sonata plain a good few times before, so I know the taste pretty well. It’s quite a citrussy tea to begin with, but with this blend it’s hard to know where that ends and the grapefruit/blood orange begins. They’re fairly mild in any case, although it’s fair to say that I can taste the grapefruit more than the orange. It adds just a slightly sharp, bitter note to the overall cup.

If boring and bitter sum up Anderson, then this is a great fandom blend. I suppose he can be a little bitter, at times, although who wouldn’t be after what he’s experienced? Maybe sour is a better word, and that works too.

This one’s a good palate refresher, purely because it lacks a strong flavour punch. For the same reason, though, this isn’t a stand out blend to me. I’m going to follow the recommendation to try this one cold, and see if that improves matters any. I can only hope that it does!

This is much better cold than hot, although it’s still.. weird. It’s grapefruit, kind of, with something weird in there that’s still fruity yet… I dunno. Tart in a way that seems weird to me. It’s… tea tart? Hard to explain this one.

The Sherlock 10 tea sampler were the first teas I ever bought when I was getting into loose leaf, and they were what made me want to try loose tea in the first place since I’m a huge Sherlock fan. They weren’t available in the UK where I live when I first heard about them, and so I did get a couple of bags of tea from Whittard to experiment with originally, but I didn’t really get excited about tea until Adagio made these available from their UK site. In the two years since then, I’ve accumulated a huuuge collection of around 500 teas, and I’m trying to downsize to (hopefully) around 100 teas eventually so it’s more manageable. Since these are my oldest teas, I thought it was about time I tried to sip them down before they lose their flavour. I have maybe one more cup of this before I’m done with it.

I do prefer this tea iced, but I didn’t have enough left in my sampler tin to cold brew it so I had this cup hot. I actually got more of the grapefruit flavouring this time around, and the blood orange was distinguishable too. The Ceylon base melds with the flavourings really well – the citrussy notes make the fruit flavouring seem more naturally a part of the tea. Half way through drinking this my brother came into the room and I offered him a sip. He usually tries them and then hands them straight back, looking fairly neutral and unimpressed, but with this one he actually said ‘Ooh I like that one’ and had another two sips before handing the mug back. I ended up letting him finish the rest of the mug – I’m on a mission to turn everyone in my life into tea people! He drank it all really quickly, and I’m actually surprised by how much he loved it. I think I’m going to up the rating a little from 70.

Smelled great in the bag, tasted like nothing in the cup. To say this is dull is an understatement. Don’t get me wrong, you could argue that it has a nice light flavor. The bloodorange and grapefruit aren’t completely hidden. And it’s true, I’ve never been a huge fan of fruit teas or ceylon, so maybe I’m a little biased, but the let down between what I smelled and what I tasted was just too much.

I did so want to like it, but there’s honestly nothing that recommends this to me. It’s basically just tinted water. Boring.