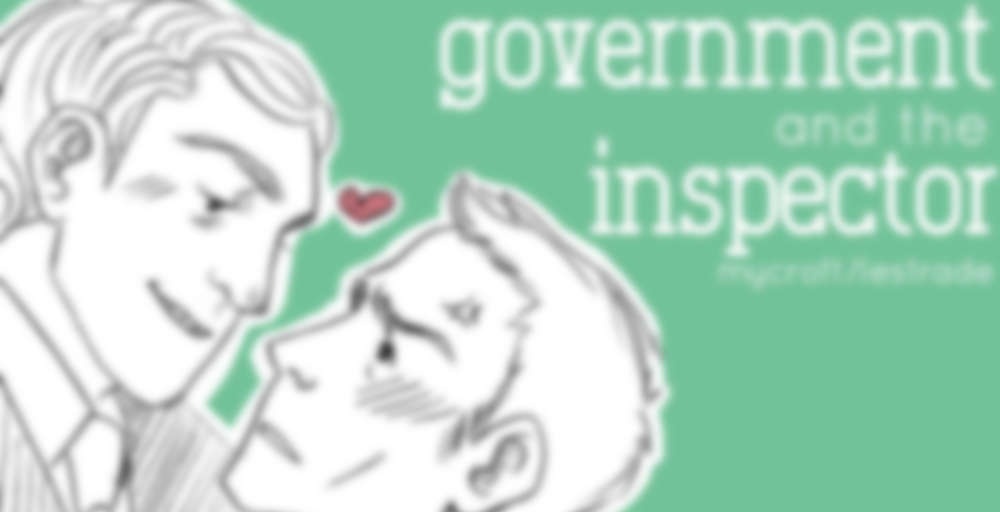 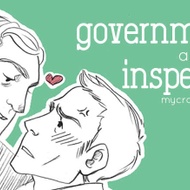 The Government and the Inspector

Cloyingly rich and sweet, but strong and bold enough to do the dirty work, these flavors accentuate and compliment each other for a surprisingly solid pairing.

Stop and Smell the Roses

The Gentle and Devoted Dragon

The Harney & Sons Guide to Tea

Thank you Shadowfall for letting me try this! So I just read a really entertaining SPN fic where Dean is actually Lucifer and well, that pretty much throws Season 5 and the apocalypse on its side, and I got to work thinking all about Destiel and amazing angel stuff. (It was this one: http://archiveofourown.org/works/556708)

But I didn’t bring my Destiel blend.

And you know what? That’s ok. I went months and months just reading all about John and Sherlock, one romancing the other and usually only after a lot of angst and misunderstanding before those two doofuses worked everything out, and then I realized I had overlooked an interesting pair.

YES. The Government and the Inspector. Mycroft IS so much more than appearances would let you believe – that’s part of what he does, is it not? How else can one man be the Government and walk through society without a billion bodyguards as entourage? He’s like John in that he has BAMF-moments that no one expects. But then Lestrade is totally like John too when he is as straightforward as he seems and uncorruptable and utterly loyal. And I’m just making this all up as I go, but what if these two are like different aspects of John? Huh. Anyway, they are both great men who do not seem like they would be a match AT ALL but now they’ve at least shared some screen time so FOLKS IT IS CANON NOW. That’s how it works, right?

And this tea? It’s an interesting mixture that doesn’t work against itself even though it should. It creates something wonderful and amazing, yet understated.

Mystrade! Oh goodness… haven’t read this exactly – girl!Lestrade/Mycroft, yes I have. Which is weird, because that’s technically het. But still. As for Destiel, it was the first SPN pairing I really liked… and I’m still making that one up to all my Wincest friends. Hmm I should try some Destiel tea!

I have a couple Mystrade fics in my favourites. I like the pairing.

I’ve never read any girl!Lestrade – I haven’t delved into genderswap fic much at all… (or yet, because who knows!)

And I am so hooked on Destiel. I’ve put Johnlock aside now for months now! (goodness! But I needed variety)

I haven’t tried any Wincest because I would probably need bit to be somehow believable in order to read it and an afraid of bad wiring if I go in randomly. This was a fun faux-wincest fic: http://archiveofourown.org/works/995919

And have you posted any Mystrade pairings? If not please do so and I’ll meet you in the fanfic thread!!! :p

IT’S CANON, GOSH DARN IT ALL.

I’ve seen all of the Sherlock show, and for some reason have never felt the need to get into the fanfictional side of it, but for some reason Mystrade is like the only pair I’m invested in.

I just got my Season 3 DVDs today!

And Sami – I never really meant to get into the fanfic side of things but I was curious, and after I read my first amazing story (The Progress of Sherlock Holmes: https://archiveofourown.org/works/173274?view_full_work=true) I was hooked. I loved seeing how peole would interpret the characters in different situations, and reunite them the way they never would in the show.

Mystrade is so great. I felt pretty bad for Lestrade in Series three though. :(

I guess I’m the first to log this! This was another part of my recent Adagio haul. Part of why I purchased this tea is the lovely idea of chocolate chai. But lo, there is little to no chocolate flavor in this tea. Maybe it was because of the ratios used to create the blend, but I would give my left arm for some damn chocolate in my chocolate chai. It’s odd that today a non-chocolate tea had chocolate notes and the supposed chocolate tea has next to none.
Other than that the nut notes in this really stand out and I love hazelnuts so I’m glad for that! If you can overlook the chocolate famine then this is a great tea! It has spice, nut, and is really balanced. It’s not too spice or too bland. The cinnamon seems to be the most stand out note from the chai. I really like this tea and actually thing it’s a great blend of the two character’s respective teas.

A sample from MissB.

I have no idea what this tea is supposed to taste like, but it’s good! Strong and sweet, all on its own. I’m having it with no sugar or milk (GASP!), and enjoying it a lot. I used 2 tsp in a new 12 oz mug, so I did overleaf a bit.

I’m really glad I got to try this tea.

Mmmm. I might be into this, especially now that I’ve started reading Mycroft/Lestrade. :P

LOL. The tea is definitely worth a try, although I’m not sure I’d buy it. I have a hard time reading a lot of new Sherlock fic, because “my” Sherlock and Watson are Jeremy Brett and Edward Hardwicke! :D

My friend really likes those ones too – IDK if she’s watched the new stuff at all. I should probably try watching that stuff sometime!

So I’m not sure if my sense of taste is fading or something, but I found this tea to be kinda blah. Maybe I didn’t use enough leaf (1 1/2tsp/12oz), or I didn’t steep it long enough? Though I’d think if I did it would get bitter.

I get cloves/cinnamon from the chai, though no sense of chocolate at all. And I get something vaguely smoky, but it’s kinda just there on the back of the sip. I don’t really get the hazelnut like I was hoping, which is disappointing.
No huge astringency, it’s just sorta there hanging out.

Overall this is a nicely mild chai to have that doesn’t seem like it wants to knock your senses about, but I don’t get much of any of the other teas that are supposed to be in here. I imagine this would be nice with milk, though I’m not sure it would really add/subtract much of anything in the overall picture.
I’ll probly drink this, but it’ll still be going into the swap/sell bin since it’s not really anything I’ll likely ever crave/reorder. /sigh/ I hope it’s not my sense of taste going. >>

Oh no! Was this one of the ones you just picked up?

Smells light in chai spice, interestingly smoky or maybe it’s malty (still not sure what that is) and stronger in ginger than I would have expected in a tea that has a chocolate chai(I did not taste chocolate). When it cools it taste and smells like spiced apple cider. My husband loves chai and I meant to make this and share with him. That didn’t happen. I’m so confused, I finished my surprise sample from MissB because I keep trying to figure it out(about a month ago). I saved less than half a teaspoon so I could try it later and hopefully figure it out and later was tonight and I still have not figured it out. I like it, I think I just made it harder than it needed to be. Thanks MissB!

This tea is very coffee like, in a great way. The chocolate chai gives it a light spiced taste, and a cocoa powdery like mouthfeel. The irish breakfast brings a little bitterness, and the hazelnut is warm and nutty. All in all, one of my favorites

This is one of my favorite teas. The chocolate chai makes it sweet on it’s own while the hazelnut and Irish Breakfast make it strong.

I ship Mystrade almost as hard as I ship Johnlock. Even though they have shared very little ACTUAL screen time in the BBC version of Sherlock, I still love them. The active imagination of the fandom keeps them alive and flourishing in our imaginations.

This is a very yummy chocolate chai. Light on flavor, but that’s how I like my chai tea. I would certainly stock this from time to time. I would LOVE to have one of the tins because I love the artwork. But I don’t know if I love the tea enough to splurge on a large quantity. Oh tea problems.

Thank you to MIssB for the sample!

You “ship” them? I need to know what this means, haha

Also is “Mystrade” a thing? I’m so out of this loop

Oh! Mystrade! Yeah I totally fell into that one too!
And when you ship someone, you support relationships between those people. So Mystrade is Mycroft/Lestrade – aka the Government and the Inspector. :D

It’s an odd pair that you wouldn’t think would work, but they do have quite a bit in common!

I figured out the Mystrade thing but hanks for clarifying “ship”

They’d certainly be an odd pair….
If putting up with Sherlock can form the basis of a relationship I’d say they’re there!

I just saw these notes, I went to an estate sale last night after work and scored some really cool Sherlock memorabilia!!!

I wasn’t a fan of Mystrade at first, but there are a few fics for them that I enjoy on AO3. If you are interested, PM me :)

Thanks for answering in my absence cavo!