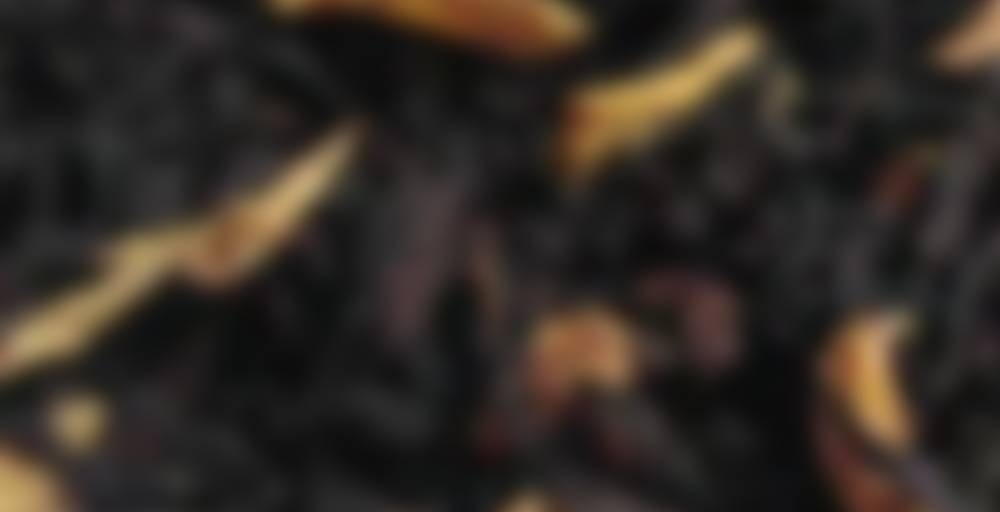 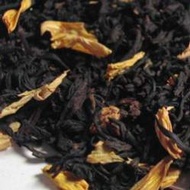 The dry leaf of this one smells rather disturbingly like apricot flavoured yoghurt. And not just any old yoghurt either. An apricot Petite Danone. That’s what it smells like. (Do you have those over on the other side of the Atlantic? They’re like yoghurt-y desserts marketed for children so they contain more sugar than fruit and they come in tiiiiny little cups that somehow still manages to cost more than a whole carton of normal fruit yoghurt.)

After steeping thankfully it’s more real fruit and it has completely lost that weird yoghurt-y note. The tea base comes through as well and had it not been for the fact that they say it’s Chinese, I would have guessed it might be a Ceylon, because there seems to be a rather prominent sort of malty note to it. After careful smelling and consideration I have come to believe that this malty note is actually my own nose playing tricks on me and masquerading the actual fruit flavouring in this way, making it seem a lot more subtle than it really is. It’s like magic!

The flavour finally puts the whole Petite Danone issue to rest. Nothing even remotely like it here. This is an example of a well balanced fruit flavouring. It’s clearly fruity and it’s strong enough to be recognisable, but there is still a very clear note of actual tea shining through. It’s a fairly non-descript tea flavour here, but it’s there. It feels like drinking an even mix of the two, which gives the impression that the apricot manages to be both strong and rather subtle all at the same time. Like magic!

I’m coming to the conclusion that apricot and black tea are two of those flavours that just fit like puzzle pieces. They seem to compliment each other so nicely.

All in all, a quite good fruity black, although it certainly didn’t send my socks into orbit or anything like that. It was just good and enjoyable and will do well as a sort of every-day fruit tea, I think, which means we can save some of the really really good ones for a little longer. Sometimes we just need something that is merely good in order to fully appreciate the awesome.

I had to peek—Dannon Yogurt has a kids’ line here in the States, but apricot isn’t a mainstream flavor for children. Vanilla, strawberry, banana.

yeah we get the apricot instead of vanilla. At least we used to when I was a kid. I’d recognise that smell anywhere. I had to look it up to see what it was now. Apparently they’re called danonino now. I hate when products get new names. Makes me feel old. :p