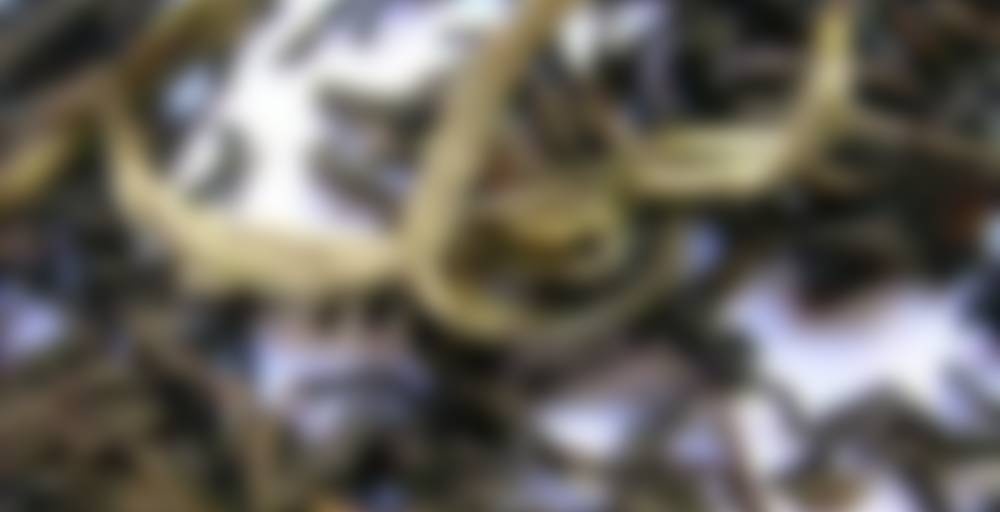 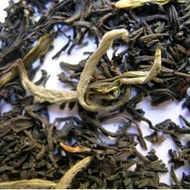 From the english version of the website:
A mild black Chinese tea without tannic acid

Translated to the best of her abilities by Angrboda from original danish version of the website:
A lovely soft and round tea with a little more flavour than Keemun from the south east of China, mixed with white chinese tea which makes the tea more flavourful.

Panyong is often named one of the best teas of the Fujian province. The tea can be traced back to the Ming Dynasty in 1371 under Emperor Hong Wu.

Panyong tea has also been supplied to Buckingham Palace where especially the Queen is fond of it.

I’m so tired of drinking nothing but Pickwick or Lipton when I’m at my parent’s house. Recently they’ve had Twinings which is a step up. A very small step, granted, but still up. So for Christmas 2010 I decided to do the sort of thing I hate and give someone else something that I was interested in rather than something they were interested in. I bought some free flow pyramid bags (because I know better than to throw loose tea at someone who only ever have a cup once in a blue moon anyway) from A C Perch’s, stuffed as many as I could fit inside a 250g tin from same and wrapped it for her. In my defence it wasn’t her only present, I also got her something from the Body Shop. Further in my defence, she had bought me a tea light holder. AGAIN! I counted them all yesterday. I now have in my possession 16 tea light holders. And I never light candles, tea lights or otherwise.

Those bags come in boxes of 30 and I wanted there to be something to choose from, so I got two different boxes. I could have got one of the sampler-y boxes they had with four or five different kinds in it, but I liked these better. This one and the breakfast blend. They’re classic basic teas without a ton of flavouring and stuff.

Anyway, that left me with a total of 60 teabags. In case you haven’t tried it yourself, that does NOT fit inside a 250g tin. So I stuffed as many in the tin as I could and kept the rest in the boxes and just gave her the tin. If she founded she didn’t really like these I saw no reason to saddle her with two whole boxes of them. I’ve told her I’ve got the rest and she can have those as well if she wishes.

Which she does, I’ve decided, because later that Christmas my father asked me, no ordered me to get some tea that I could have at their place because he was tired of giving me that cheap stuff knowing that it was a lower quality than I would ever buy for myself. He despises tea, thinking it one of the most vile substances on the planet next after bananas, but he’s into whisky (which I think is absolutely horrid and disgusting) so although neither of us can have the others’ drink of interest without pulling faces, we understand each other perfectly.

So I’ll bring the rest of these boxes up next time I see them. (I have considered doing something like that before, but never did. I can do it now because I’ve been told to, but otherwise I was raised to take what I was offered when a guest in someone’s house and not make a lot of unnecessary dietary demands. So everybody in my family knows it’s not what I drink at home when they give me a cheap teabag because that’s what they have, and I never complain about what they give me.)

In the meantime, I’ve nicked one.

This one I included because I expected it to be similar to my beloved Tan Yang Te Ji (♥), and I stared myself so blind on that fact that it wasn’t until I was asked about the Paklum (or in English apparently Packlon) was that I realised that it was a blend. It has white tea in it, supposedly the Paklum. What is Paklum? I’ve never heard of that before. My initial guess would be some sort of flowery scented something, but I’m assuming it must be the white tea in question. Paklum. News to me. Consulting the literature I can’t find anything about it, but according to the Google results I get it is indeed the white element.

Obviously this means that contrary to what I was expecting this is in fact nothing at all like the Tan Yang that I was expecting it to be. The smoky element is very very light, almost non-existant unless you know precisely what to search for, and the Paklum is giving the whole thing a floraly scented note.

It’s got a spicy sort of note that I recognise from the Tan Yang, but it’s much more obvious here. It’s more like the main note of it all here, along with the floral note, and I miss the deeper notes of cocoa and smoke and oranges. It has the grainy rye-y note as it should, but it seems thinner here. A bit diluted.

All in all, it’s not a bad blend. I could have lived without the white addition, but it’s infinitely better than whatever artificially flavoured stuff Pickwick can come up with. I wouldn’t buy huge amounts of this for myself at home, but it’s definitely good enough for having when visiting my parents.

My mom gets me things that she likes (rather than what I like) too. And we are sort of opposite opposites – for example the last gift she bought me was rain boots and an umbrella – both black with pink polka dots!! I would have preferred plain ones (and she knows it! She can’t seem to help herself!) Isn’t it the daughter who is supposed to be flashy and the mom telling her to tone it down, and not vice versa? ;)

Yes, and I’m really bad at taking things back to get them exchanged. Even though I have nothing to use another tea light holder for, I can’t make myself get it exchanged either. I can only really bring myself to do it if it’s clothes that’s not the right size or a book I’ve already got or something like that. At least this year it was a rather pretty white and grey china one. I think I’ll keep this one when I get rid of some of the others.
For my birthday I’m probably going to put the tea light holder tally on the wishlist and ask to please not get any more. I honestly don’t know what to do with these things.

Maybe a charity shop? A “free to a good home” sign on a table at work? :) I’ve done both! I feel funny about asking a gift giver for a receipt to return something too. I much prefer giving it to someone who might appreciate it or to charity where it might raise a little money and make someone happy for a little bit of $$.

I do wear my polka dot rain boots but cringe a little every time – they are useful. The umbrella is really over the top and I really want to give it too my coworker who has a daughter. It just looks like something a 10 year old should carry! I always lose umbrellas but funnily enough I can’t seem to actually lose this one!

I think it’s because you’re aware of the fact that you’re trying to forget it, so you remember to take it with you.

Charity shop is a good idea, there is one just near where I live. I might send them that way.

Pak’Lum/Pak Lam was a source for Breakfast-style reds from around Fuding (like Pan’Yong/Tan Yang, from around Fu’an) where tea would be shipped to markets in Brittan and it’s colonies. Name wasn’t associated with whites, though the region has come to be and Da Bai bushes have been spread throughout the whole of Northern Fujian for the production of white and red teas. Bai Lin Gongfu is a synonym.