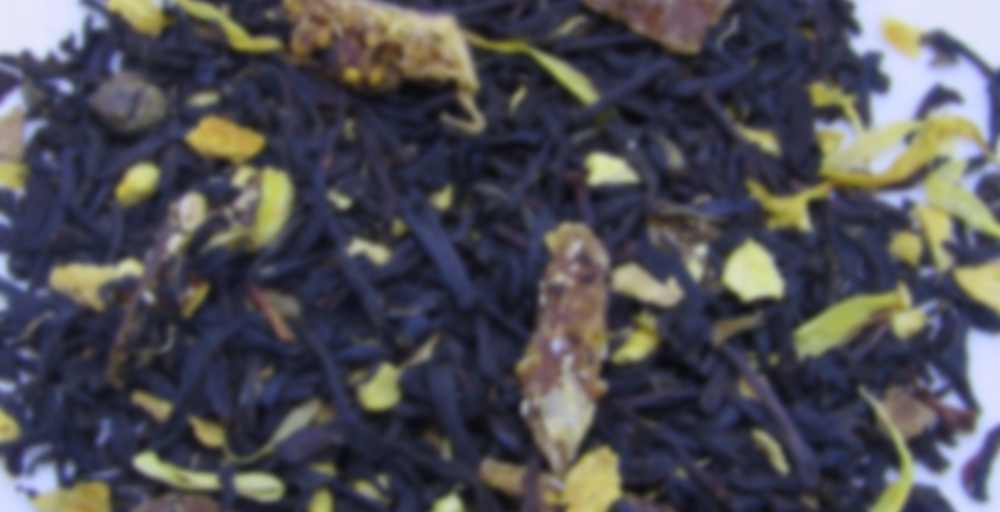 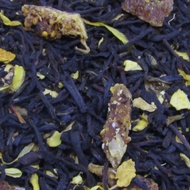 I’m glad I made this tea for November’s box because this is the tea I’m setting out for Santa this year!

There is something about this tea. The first time I taste tested it – it was so good that I had finished it off before I had a chance to write about it. The second time, I was able to start writing about it but I found it so difficult to actually describe. Now, mind you, I’ve been writing about teas for well over a decade at this point, closer to two decades – so it is a rare thing when I find it difficult to write about a tea.

So, here I am, with my third cup of this tea – trying to come up with words for it. It is so lovely – sweet & creamy. Hints of spice. Notes of fig & date. I’ve never actually had a traditional English Christmas Pudding before, so the recipe I used to create this was based on what I thought a Traditional English Christmas Pudding should taste like.

Based on the photos I’ve seen & the recipes I’ve found online for Traditional English Christmas Pudding – it would seem that it’s much more like what a cake would be here in the states. Like a dense, dark, rich, moist rum cake that’s studded with fruit rather than what we here in the states would think of as a pudding (that is, the creamy, custard-like confection that is made of milk and eggs.)

When I crafted this tea, I decided to combine these two dessert-y ideas together: the dense cake plus the creamy confection that we call pudding here in the states. Imagine a love child of the cake & the creamy custard-like stuff.

I started with a black tea base of Yunnan, Assam, Ceylon & Vietnamese teas. Then I added vanilla bean & some spices (Cinnamon, Ginger, Allspice, nutmeg & cloves). Next came some Holiday Pudding-ish fruits: figs & dates. Finally, I added a touch of essence to create a very special holiday pudding taste – based on what I think a holiday pudding should taste like. It’s sweet. It’s a little warm & spicy. There’s some creaminess to it – as well as some cake-y notes to it. It’s very pleasing to the nose as well as the palate. It’s vegan, organic, gluten-free & allergen-free – as well as all natural!

to brew: be sure to give the pouch a gentle but thorough shake to redistribute the ingredients. There’s a lot going on with this tea & you want the ingredients to be well distributed when you measure it out. use 3 ½ grams of tea to 12oz of nearly boiling water (205°F) & steep for 3 minutes. strain & allow to cool for 10 minutes. Enjoy!

If you’re wondering why you need 3 ½ grams for this tea (rather than the usual 3) – it’s because there are a lot of heavier ingredients in this tea. The spices contribute to the weight, but so do the thinly chopped pieces of date & fig. This is why it’s also important to shake the tea, because you want a measurement that has some of the fruit in it – but also some of the black tea!

I also LOVE this with a little splash of cream. (I use the barista blend oat milk from Califia Farms) so if you like to go latte with your black teas – this is one that I highly recommend for that!

Another unfortunate case of tea confusion; I couldn’t tell this one apart from Pumpkin Cheesecake Chai. In fact, I don’t even really have much to say about it as I didn’t taste much at all aside from kind of a vague spiced fruitiness (which was similar in the pumpkin tea, obviously). Will pay more attention and revisit later.

I was inspired by the idea of a traditional English Christmas Pudding (dessert? In this case, I was thinking along the lines of a dense, fruit filled spice cake) & traditional American Pudding (you know, like a custard). I took these two ideas & put them into one tea. You get the fruit notes of date, figs & a hint of orange, you get some spice notes & you get a creamy, custardy note. It’s really tasty & as I mentioned in my description of this tea, this is the tea I’m putting out for Santa this year. (Because FYI: Santa prefers tea to milk. Anything contrary to this fact that you may have heard is propaganda spread by the dairy industry. That said, this tea does make a pretty nice latte & I’ve not been paid by the dairy industry to say that.)

I really love how this tea turned out. It has a lovely combination of fig, date & orange notes with just the right spice note. Slightly creamy. Slightly cake-y. Just – TASTY!