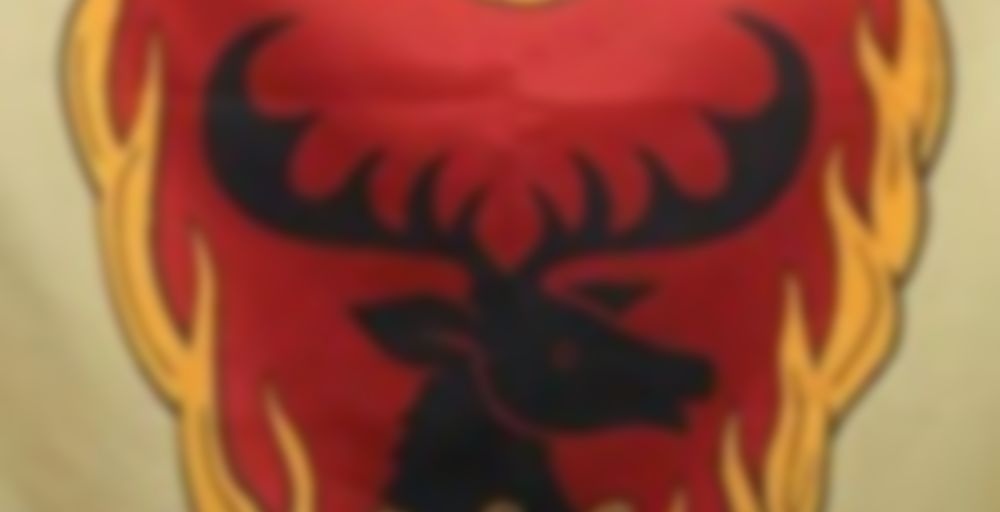 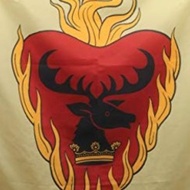 For our Fourth tea of this Game of Thrones series, I went with a Honeybush/Rooibos blend – and a phrase that we heard several times from Melisandre (aka the Red Woman or Witch) while aligned with/working with Stannis Baratheon. I liked the phrase and thought it would make an interesting name for a tea, so I decided I’d create a tea around the name.

My original idea for this tea was to create a blend with a black tea base (because “dark”) but I had my mind set on two black teas already (I Drink & I Know Things and Mother of Dragons) so I almost forgot about using this name for a tea, until after sorting through some of my other ideas for teas – for future blends – I thought that the idea of this honeybush/rooibos blend would work wonderfully with the name.

I started with organic honeybush and rooibos, then added rum and vanilla essences (don’t worry, it’s alcohol-free), ginger root & dried lime wedges. The basic inspiration behind it is a Dark & Stormy cocktail, which seems to me to fit in really well with the name “The Night is Dark & Full of Terrors” – right?

This is really tasty – a strong note of both rum and vanilla – while going a bit softer on both the ginger and lime . . . as I have done at least one or two teas featuring ginger and lime in the last year or so, I decided to go a little lighter on these, making them more like an accent flavor than a key component to the cup.

Scent of the Night

Night of the Iguana Chai

Dark Side of the Melon

Taste Of The Dark Side

The Night of the Nutcracker

I drank this last night and realized that I had enough for one more serving. I decided to just take the sipdown and finish this one off. It’s a fine tea but never really wowed me. The lime in it is my favorite part but past the sweet lime, I mostly get rooibos and some ginger which plays off the pepper quality of the base. I don’t get much rum and personally I am okay with that.

It’s interesting that this is inspired by a “Dark and Stormy” – I had my sample, from Kittenna, today without looking up the ingredients prior and I found it had a very strong cola type of flavour. I actually enjoyed it a lot but I spent most of my team drinking it trying to wrack my brain and figure out why a GoT themed tea might be cola flavoured. Now knowing what the blend is, my interpretation of cola in the flavour makes sense to me; cola is basically a combination of spice and citrus and this tea blend is a mix of ginger and lime – AKA spice and citrus.

If I have the chance to try this tea in the future again, I’d be interested to see how my brain interprets the flavours now that I do know what they are.

Finished this one off today! Down to 14 teas bwahahaha. Tomorrow I may end up finishing off two more if kiddo cooperates and let’s me have some quiet time. I do have tea on the way though, so thankfully this tiny cupboard won’t last long. Last cup of this was good. The ginger lime really came through And hte honeybush cooperated heh.

When combined with rooibos, citrus flavors (other than orange) often wind up tasting like cleaner to me. Unfortunately, that’s where this one falls. When it was warm, it was bearable, but when cold brewed, the flavor was very strong and unpleasant. I think it’s the alcohol flavoring and the lime together than I find disagreeable. I gave a sip to someone else and asked them to name what they tasted, and they said cough syrup, so I guess there are multiple interpretations to this flavor combination, but neither one positive so far. I really don’t like alcohol flavors though, so I think I won’t leave a score for this tea. If it were just lime and ginger, maybe I would have liked it, but even that isn’t a preferred combo for me. Anyway, this was from the mystery box, so it was certainly interesting trying something I would not buy for myself.

An interesting idea for Melisandre; I have to say that I would have probably gone for more of a syrupy caramel/rum tea for her and with this name, but that’s probably because I’m not familiar with a “Stormy Night” cocktail.

This tea had the potential to go either way; I’m not generally fond of the base teas, but I like the combo of lime and ginger. I also don’t care for rum and have had aversions to alcohol-flavoured teas in the past.

The aroma from the packet was alcoholic, gingery, and slightly limey (much less lime than other teas I’ve had recently), but also with a good dose of that medicinal rooibos smell. Brewed, it’s similar, though heaviest on a kind of gingerale aroma. The flavour is pleasantly surprising; the rooibos is tamed sufficiently to not be annoying, and the flavours meld quite well together. It’s like having a gingerale (with fizz) with a lime wedge and a splash of rum. I’m particularly enjoying the heat of the ginger as I drink the tea, which I think is contributing to the fizz sensation.

Overall, it’s a decent tea, though not one I’d look for often, as I prefer the flavour of caffeinated tea, but the combo of ingredients is nice.