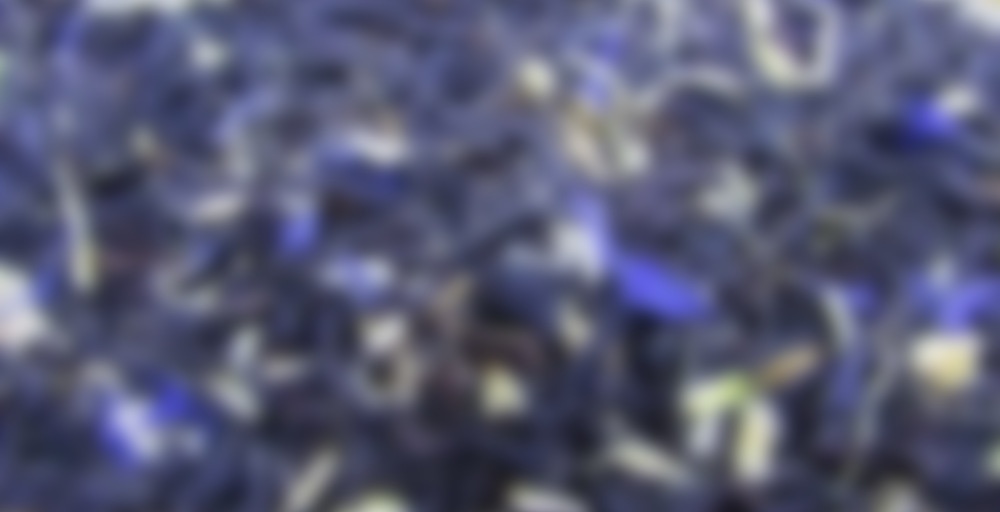 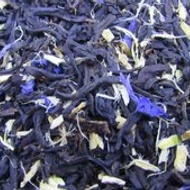 So this is not technically a reblend, nor would I call it a “new blend” exactly – but rather – a reinterpretation of two teas (French Vanilla Assam and Marshmallow Assam) that was also inspired by at least a couple of other teas (Amethyst’s Gold and The Vanilla Marshmallow.) I was also ultimately inspired to craft this blend after hearing from several different customers requesting that I have either a vanilla/marshmallow version of tea every month or, alternatively, add one of these aforementioned vanilla/marshmallow black teas to our permanent collection.

And as many of you may recall – I have been promising to add another tea to our permanent collection for well over a year now – but because I’ve been so busy and busily trying to get myself caught up for almost as long – I haven’t been able to focus on that issue.

And – even though three of the four aforementioned vanilla/marshmallow teas were featured on this year’s poll and none of them earned quite enough votes to win – if you combine the votes from all three – you have an overwhelming landslide of a win – clearly, you guys WANT a vanilla and/or marshmallow black tea! So, here I am, creating a sorta new/sorta re-imagined vanilla and marshmallow black tea . . . AND I’m also announcing an all-new D’s Tea!

So there you have it.

About this tea: I started with a blend of Assam teas that includes a first flush Assam as well as a second flush Assam. Together, these two Assams create a rich, flavorful, fruity and malty cuppa. It’s a powerful blend of Assam teas – it’s going to get you revved up in the morning – or revive you in the afternoon when you need a perk-me-up. To these teas, I added some vanilla beans and marshmallow root as well as some French vanilla extract. I also added some cornflower petals to make it pretty (but not enough to add a strong floral note.) The vanilla and marshmallow notes soften the edge of the Assam nicely – you still get that robust black tea flavor but you also get this sweet, soft, fluffy vanilla-y/marshmallow-y note that is quite divine. And it’s also organic, VEGAN, gluten-free & allergen free!

The vanilla and marshmallow are very desserty and pleasant, but there’s also a bit of an aftertaste, almost fruity, that’s a little strange. I’m still enjoying this sweetened with milk. The flavors combine well with the black base.

I didn’t taste the marshmallow here; just a pleasant vanilla black tea on a hearty assam base. But I like vanilla and I like assam, so I’m not complaining!

Virtual Teatime with Todd during Sunday Doctor Who! We got the same teas from the Mystery Box sale (sans one banana tea; I appreciate it, Anne!) so we decided to do a sampler round during our weekly Sunday online viewings. I wanted to do this tea first, because I had a sealed older packet from the 2018 Christmas box, and I’m all about using up older tea first.

The dry tea leaf actually had an aroma that reminded me of coconut creme, for some reason. I brewed 5g for 3 minutes in 500ml water. Steeped up, though, it smells more like vanilla brandy, and I think I do pick out the marshmallow, though my nose is still reading the fragrance as toasted coconut (maybe it’s the toasty association in my brain of both ingredients?) The tea is smooth, with notes of malt and honey, and I’m definitely tasting vanilla and cream, with a touch of astringency left after the sip. It’s actually a rather robust black base, and I think if I were to make a second pot, I might add just a hint of sweetener, perhaps experiment with a touch of honey or making this as a latte with vanilla almond milk. Straight up, it is a nice breakfast option or afternoon pick-me-up tea due to the boldness of the assam.

Ooh, honey might be good with this. I just got some honey.

I keep buying the mystery boxes, but I managed to resist this time because I have a lot of recent 52teas blends in my cupboard, and I’m trying to avoid repeats. I was very tempted though!

I got this recently with a 52teas sale. I tried it with my friend Sara while enjoying this week’s Doctor Who. She got it in the same sale.

The brewed tea smells of black tea and vanilla.

The assam itself has a nice, rich flavor, with something like a citrus note. The vanilla is a nice complement for the flavor. I don’t taste any marshmallow, but I’m still happy with this tea. Oh! I have marshmallows, and I was kind of hoping for that flavor, so…

Floating a single marshmallow in the cup doesn’t change the flavor from what I can tell, but it is fun. Thanks, 52teas! I like.

This particular one is soft but has a whole lot of marshmallow yum to it. Less vanilla than I recall in the Vanilla Marshmallow but still enough that its detectable. Plus, you also get flavor from the base which gives this enough body that it works as a good morning tea (I say as I drink it at 4:36 in the afternoon).

With all that said, I don’t find myself reaching for this one often enough so I am passing on the last of my sample to someone I know will appreciate it. So this is goodbye and I am okay with that…at least for now.

Don’t you just love happy mail? This was part of a little box of cheerful that came my way this weekend from ashmanra. Mostly you had me at Assam, but there’s a pastry-cookie-like bonus in the vanilla (you notice that first) and the marshmallow, which pleasantly tops off each sip. Reminded me a little of H&S Vanilla Comoro, but with a little muscle.

Had it with a cranberry orange muffin—perfect combo!

Afterthought: Good mail. Maybe that’s while I like Steepster people so much. You know how to send it, and equally love receiving it!

I really liked this one and the Brulee one too.

Divine! I would give this tea 110 points if that were an option.

It is actually this one that I had sipped down.

And it’s a sipdown!

I was super thrilled when Annie was posting tasting notes on the 52Teas advent this past Christmas. I couldn’t wait to see what blends would be released, and Annie was mentioning them every day. So thanks for that… I was experiencing the advents through tasting notes, since I didn’t grab an advent. AND THEN Annie was awesome and shared most of the the advent teas with me. I really really appreciate it. I’ve heard so many people fawning over this one so I’m happy to try it. I love vanilla and marshmallow root and assam. I used less than a teaspoon as the pouch suggested, but used my smaller mug. The assam is a smaller leaf and not the huge assam leaves, so I can see why this suggestion was made. The flavor is lovely – a nice comforting hug of a cup on a winter day (sipped while reading Tommy Orange’s ‘There There’ in front of a sunny window). I like the additional vanilla flavor, because usually if there are only vanilla beans in a 52teas blend, I can’t really taste vanilla at all. Here, I’m tasting a little bit of vanilla and some marshmallow on a brisk assam base. On the second steep, the flavors were a bit diminished. Third steep, the leaf was very done on the flavor level and was pretty much a plain assam by that point. So this blend is tasty enough. Possibly not as magical as most of you made it sound! As an aside, this blend reminds me of my beloved Berried Treasure blend… why didn’t anyone else share my love of that one?! I love Berried Treasure more, but of course will also enjoy the remaining teaspoons of this one. It also reminds me of the big leaf Marshmallow Assam that was Frank’s blend. This blend could also remind me of another beloved: Peachy Keen but with additional blackberry and peach flavors. I do like the idea of a vanilla/marshmallow blend always being in 52Teas permanent collection.
Steep #1 // less than 1 teaspoon for a full mug // 18 minutes after boiling // 2 1/2 minute steep
Steep #2 // 10 minutes after boiling // 3 minute steep
Steep #3 // just boiled (half a mug) // ?? min

10,000 random notes and saved tea drinking on here. Craaaaaazy. Also not nearly as impressive as when someone like rowell strange hits it, since i often have terrible un-tea related notes. But it’s nice to know that i’m sticking with this whole tea drinking thing and that while i’ve gone from no tea, to 350+ and back down again, it’s something that i genuinely enjoy. Vanilla teas will always have a home in my cupboard and this one is no exception. Pretty sure it’ll always be a 52 tea vanilla….unless i’m lucky enough to get in some MF or DF. Thoroughly enjoying this one still!

Happy 10,000! Yowzaz. I had to check my own number and I’m only at 2,752 so I consider that a MAJOR accomplishment for you, even if sometimes it isn’t so much a tea note. :D Thanks for sticking around Steepster.

you too! nice to keep seeing familiar “old” faces :)

10,000 is a crazy impressive accomplishment – regardless of who hits it :P Perhaps some day I’ll catch up to you! XD

Wow, that is amazing!

Wow!! And this one is an excellent one to toast that majestic number with! Congrats, Sil!

Congrats! That’s a lot of cups of tea, and this is a good one to hit it with, as Evol said. :D

Mmm, this simple but decadent blend is a lot better than I remember. It was also a hit with the rest of the family, hence why it didn’t last more than a few days here (believe me, I tried to stretch it out). The Assam base is malty, muscatel, and smooth; It’s not particularly brisk and doesn’t need milk. The base’s signature notes give the vanilla a rich, honey-like hue (yay, dark, syrupy fruit). The marshmallow root adds a interesting woody component, but it isn’t overly intrusive here. The tea falls comfortably into candy/dessert territory without being cloyingly sweet or hiding the base tea, which is exactly what I want and love.

It was very much a team effort! :)

Housemates kept requesting this tea after smelling another person’s cup, and there was a chain reaction. The last serving ended up in a “musical tea strainer” lottery which I didn’t win.

Well, I’m glad that everyone enjoyed it, anyway!