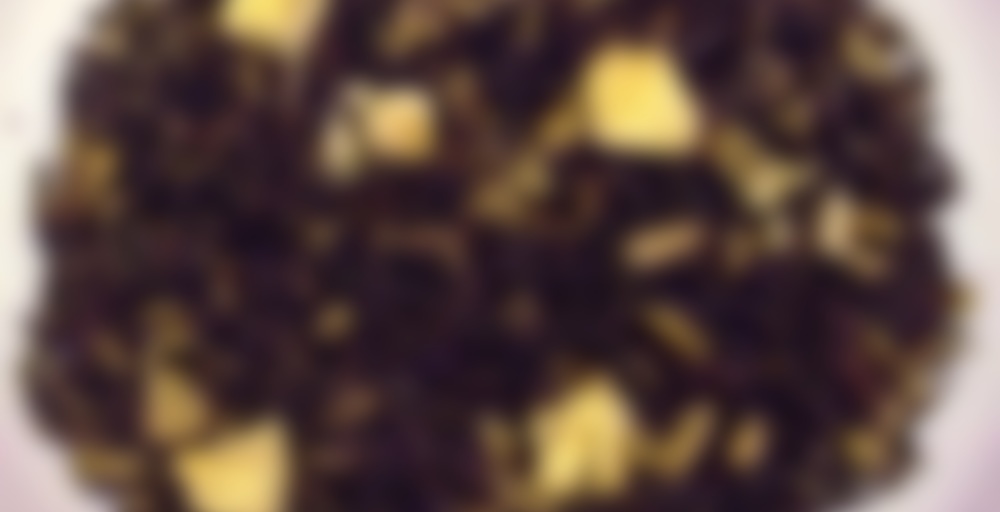 I hadn’t really planned on doing another apple tea for a while, mostly because last year we seemed to be bombarded by apple-y teas from 52Teas and I kind of felt like maybe people had had enough of apple for a while. But, since this is kind of a new company, or at least a turning over a new leaf for an established company, there’s nothing wrong with adding another apple tea to the lineup, is there? Especially when I had a request for one.

This is not so much an “Apple Spice” tea as it is an “Apple Cinnamon” tea but since 52Teas did release an Apple Cinnamon Rooibos previously, I decided to replace the word “Cinnamon” with “Spice” for this blend. But this tea is simply apples and cinnamon with my hearty, robust black tea base. And it’s quite tasty!

I mention both tastings in my brewing parameters because each produced two very different tea experiences with the second being far superior to the first. The first was very strong, a little astringent and veering on the edge of being just a little bit bitter. This communicated to me that this IS NOT a tea you want to over-steep or over-leaf. With this tea, a little less is more: less leaf and less steep time produces a far better cup of tea!

When I opened my blending vessel and saw how much cinnamon I had put into this blend, I worried that maybe I went a little overboard with the spice but I don’t think so now that I’m tasting it. there is a good amount of cinnamon so there’s no mistaking that this IS an apple cinnamon tea, but the cinnamon isn’t the star player in this cup.

An earlier note didn’t show much enthusiasm for this blend, and that opinion still holds true. No apple flavor here, only that red hot cinnamon I tend to dislike. There is something else too that I’ve been trying to place. I wish I had the taste buds and discernment so many of you possess. Maybe it’s just the cinnamon.

Moving on to the next.

My recollection of this tea is positive, especially when I give it a sniff. Actual apple(!) and a black base instead of green. Wasn’t too enthused about this to start, but I believe I’ll enjoy finishing it off.

I like everything involved with this. That being said, I found both the apple and spice to be weaker than I generally prefer.

I hadn’t been overly enthusiastic about adding yet another apple tea in my stash. That said…

I welcomed the abundant apple bits in the dry leaf and its promising scent of apple and bit of spice.

I steeped quickly to ensure that the black tea base doesn’t overpower the flavourings.

The flavour is beautiful: apple, in the sense of homemade apple pie filling. A bit cinnamon. Possibly the teeniest bit of clove and allspice. Even the vaguest sense of the butteriness of pastry and cream followed up by the slightest citrusy tang of fresh apple.