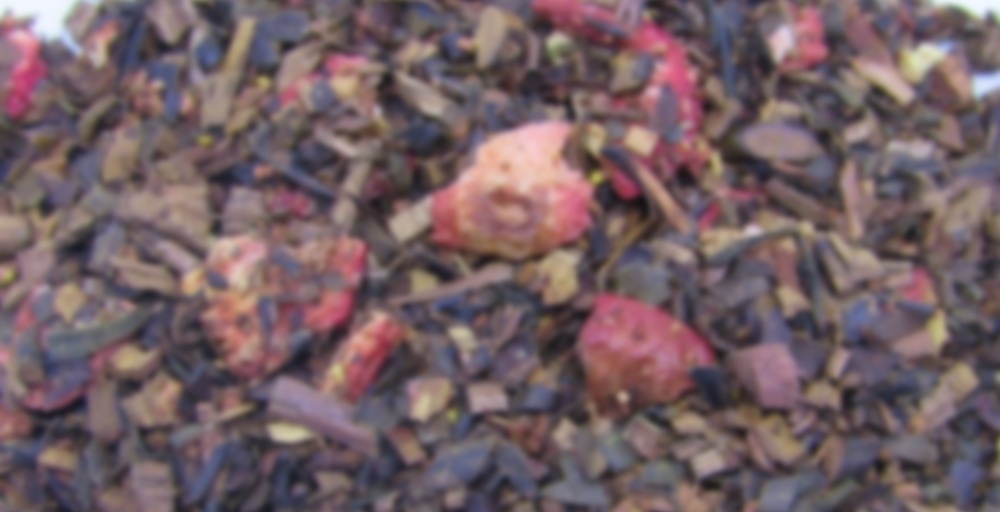 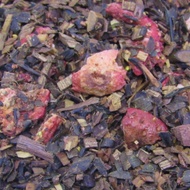 If you are not familiar with strawberry-milkshake-drinking, red-licorice-chewing Walter Bishop, you have been missing out on a great science fiction show. Personally, I think Fringe jumped the shark shortly after it started. I thought they had a great opportunity to have a new show like the X-Files, but in my opinion, they squandered it by focusing entirely on one very convoluted story arc. Having said that, we have several customers who are fans, and our friend LiberTEAs actually approached me about a Fringe-themed blend some time back. So here we have it. Caffeine-free (because I really don’t think Walter Bishop needs caffeine) honeybush blended with real freeze-dried strawberries and organic flavors. This is a delicious treat. I can totally imagine Walter sipping and enjoying it, with or without mind-altering substances added to it.

Those who are closest to me know that Walter Bishop is my favorite television character. No other character was able to elicit uncontrolled laughter and burst out in tears of sorrow more effectively than Walter Bishop who was masterfully portrayed by John Nobel. As you can read in the description above, I had been bugging Frank to make a Fringe-inspired tea and this tea was released on the day of the series finale. (Tears start rushing to my eyes just at the thought of that finale.)

Sigh! I loved that show!

I stuck close to the recipe, using organic honeybush, organic freeze-dried strawberries, organic, all-natural flavors and I added a couple of organic vanilla beans just to enhance the creaminess of the blend and added a hint of malt flavor because the only thing better than a strawberry milkshake is a strawberry malt milkshake!

The flavor is mostly a pleasant rooibos, but I get some strawberry in there too. It’s good warm or cold with sugar and milk. It doesn’t really remind me of a milkshake, but it’s probably the best strawberry rooibos I’ve had. The flavors go together really nicely. I had a quite milky last cold resteep of this and finally saw the milkshake idea. This is another one I wouldn’t mind a bigger bag of.

Do you have enough to try it cold steeped in milk or maybe make it like a Masala?

Nah, the advent calendar amount only made two servings (plus resteeps) for me, and I already drank them ): if it comes back, I’ll try some other methods!

I see that I rated the Frank version of this at 76, and agree that this is about the same. It’s tasty strawberry cream; wish the base was something else but it’s still good. I also tasted it with the dulled tastebuds of sickness, so perhaps it’s even better! Will revisit once I recover.

I’ve always wanted to try this blend since Frank’s version but we always seemed to be “star-crossed”. Not this year however! gmathis is right; honeybush is meant for ice cream flavours.

It’s pretty tasty. I enjoyed it most yesterday afternoon, when I got excellent strawberry yogurt (or milkshake) flavours. Tonight it’s good strawberry, liquid sweet, with “almost cream”. I’m still having nausea problems in the evenings though, and I haven’t really enjoyed a single tea I’ve had at night in the last two days. So, I figure it’s not worth trying to catch or keep up with these advents. Going to take it slow and enjoy daylight tea~

So sorry to hear that you are still feeling unsettled. <3

Oooh, looking forward to revisiting this one. I think I had some of the original blend, but can’t really remember what I thought of it.

@Kittenna, looking forward to reading your thoughts on this one, and any of the others. :)

My box is on its way now!!! (Anne very graciously combined shipping with my subs/other orders, with the tradeoff that I get the teas a bit late.) I don’t even know which to try first; I am so thrilled about this year’s selections.

52 Teas 12 Days Of Teas Advent Day 3
Drank a cup of this one late last night. I loved his character on Fringe so it was exciting to see an inspired blend. The strawberry in this one is pleasant and tastes quite natural. After adding a touch of milk and a tiny bit of agave it’s a lot closer to a milkshake. It reminds me more of a creamy fresh strawberry milkshake which is a nice change! Looking at some of the reviews today perhaps I should have waited for it too cool more before deciding to add some milk.

I’m a little bit behind on posting this – the 3rd Tea of Christmas – yesterday was a pretty busy day. We got all the subscriptions out (not trying to jinx it, but I might be getting caught up – finally!) plus ran quite a few errands – which isn’t fun to do because everyone else is out doing their holiday shopping. So, by the time I got home, I was too tired to even get my Breville brewing – so I just curled up under my blankie and went to sleep.

Since this is a caffeine-free blend, I decided to hold off until now to drink it – because I need caffeine in the morning.

But this is a lovely tea for right now & maybe I’m a little biased when it comes to this tea but I think even Walter Bishop would approve.

The scent of this tea is just * chef’s kiss * delightful! I didn’t end up drinking it until the evening, while I was on a weekly video chat with friends, so I didn’t get to savor it quite as much as I’d intended. (The day got away from me, and then before I knew it I was rushing to bake some cookies before the video call began.) It was creamy and fruity and lovely, although I found myself wanting something *more*—like more depth of flavor, or a fuller mouthfeel, or something. I think a spot of oat milk would help and I’m excited to try it that way.

Overall, though, another winner from the holiday box!

Let me be the first to say that this tea smells fucking incredible and if 52Teas ever wanted to put out a line up of tea scented candles, lotions, lip balm or really whatever I would be first in line if this was one of the flavours/scented offered! It’s such a perfectly sweet and rich creamy vanilla/strawberry that is perfect for the idea of a milkshake!

Steeped up the strawberry is definitely stronger than the “shake” part of the tea, but it’s a really lovely strawberry without a lot of top note acidity/sharpness but that’s also pretty natural tasting and not flat or too candy like and sweet. As the tea cooled down I did get a lot more of those vanilla/cream elements and the milkshake angle started to click into place in a more solid way.

I also just love the honeybush base used! It’s a bit strong/distinct and I think it might be masking some of those amazing creamy vanilla ice cream aromas that come off the dry leaf but it’s so hard to be disappointed by that when it tastes so good on its own. I think more companies need to smarten up and realize they’re missing some big opportunities by not using more honeybush in their teas.

This is one of my all-time favourite Anne’s 52teas tea blend. <3

Ok, Frank blended it first and you perfected it. :)

Thank you for explaining, Anne. I love this tea. Have I said that already?

I’m very excited to try this one later tonight!

This one packs a greatly welcome strawberry punch. I steeped it in hot water, but would love to try it with coconut milk, or iced. Really, I could glug this by the litre; it’s simply fantastic. If it ever reappears in their inventory, I’m buying loads of it.

omgsrsly managed to get some of this for me and YAY because i adored franks walter bishop. This is a slightly different take on it and in my opinion, it’s not AS delicious. It’s delicious, but it’s not as wonderful as the tea i went through 3 pouches of heh. I had this one tonight as a latte, since that’s usually how i had the oher version of it. IMO not enough strawberry and too much of the honeybush flavour came though. Still a good tea, but it’s not my walter bishop.

I agree! While I do think it’s tasty, it’s not as good as the original blend. I’m a bit bummed as I requested this reblend during the Kickstarter campaign expecting it to be as it had been in the past.

i think it’s the type of honeybush used mostly.

I really disliked the old honeybush. No matter what I did, it would taste sour. :/

i was totally ok with the old one…well at least until his awful reblend screw ups.

I switched suppliers completely because I wasn’t happy with the supplier that was being used previously.