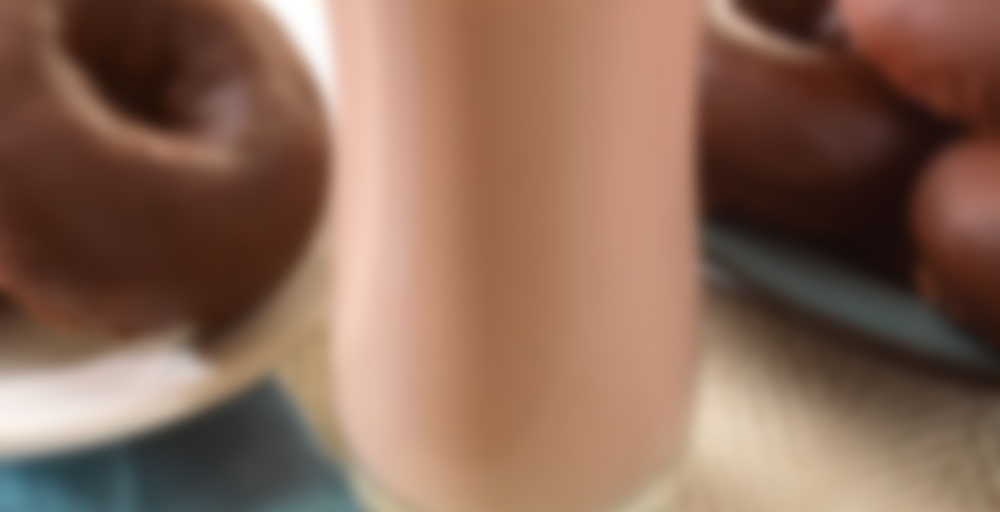 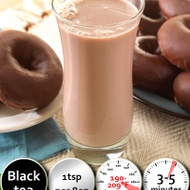 Mount Wuyi, in Fujian China is primarily known for oolongs, but this rare black tea is harvested only a short time each year. It is naturally low in tannins, giving it an exquisitely smooth finish which, combined with its natural chocolate notes, earned it the nickname “Black Silk”. We’ve upped the ante by adding some organic chocolate and marshmallow flavors, cacao nibs and marshmallow root.

One of our subscribers has already posted a tasting note for this tea on Steepster claiming, “I know, this tea hasn’t been released yet, so hopefully, no one will be looking at my posting. However, I just HAD to rate this one. Wow…this is amazing! Tastes like chocolate and Kahlua. That’s exactly what it tasted like to me.”

The Path of Tea

[Backlog] – I’m always hoping to find a nice chocolate tea, but haven’t really found one that is the most delicious yet! Sometimes the chocolate is too faint or fake… sometimes the tea base is too bold. When I saw this black silk chocolate milk blend pop up for sale, I knew that I had to give it a try. It seemed like it would have a great combination of chocolate and a smooth black tea base. Plus, I love the addition of marshmallow root as I think it adds a creamy element to the blend.

After the tea has been steeped, I smell a rather strong black tea with a tiny bit of chocolate in the background. The first part of the sip is of the black tea base. It’s a little more astringent than I expected, but I do pick up on notes of hay and earth. The chocolate, for me, comes toward the end of the sip. It’s not a strong chocolate flavor, but is faint and dark like cocoa. Happily, I can taste a bit of the marshmallow root in the form of a quick creamy finish. The cup is very drinkable, but I really want the silky smooth black tea and that strong chocolate! They’re just not there for me, unfortunately.

I’m happy that I tried this blend, but it hasn’t filled my needs for a chocolate blend. That being said, it’s not a bad blend and if you’re looking for an average black tea with a hint of chocolate, this is a good choice.

This blend was produced before the ownership transfer.

This is a bitter dark chocolate kind of chocolate-flavored tea. I’m a fan of dark chocolate – I have a high limit for bitterness (85% – heck yes). The marshmallow root ingredient contributes to the bitter taste. Taken with a splash of milk, this blend is still bold, tastes like hot cocoa and has a smooth texture. It’s one of the better chocolate-flavored teas I’ve had. I’m glad it was included in my clearance sale grab bag.

I wasn’t anticipating liking this much – but it is actually really spot on. Chocolatey, a bit sweet, and very smooth. A dash of milk might have me fooled for the real thing!

This could be old or not my cup of tea… but it was not something I would want to drink again. Brewed a pot at work and didn’t finish it.

Definitely not old.. it’s a newer 52Teas blend. Maybe the weaker than usual black tea made it seem old? I thought you would like it because it wasn’t strong like an assam. Oh well. :D

I had such high hopes for this tea that after something of a bummer of a first steep (which my husband liked, so I’m not discounting that maybe my pregnancy taste buds are toying with me again), I decided to steep it again this morning. The last time, I had added milk, almost out of habit (and thinking that a chocolate milk flavored tea could only be improved by the addition of actual milk), but the flavor was just all kinds of not right. No chocolate, no marshmallow root, just this odd flavor that was vaguely burned. I thought maybe I’d just steeped it too long, but there weren’t really too many tannins… I couldn’t figure it out. So I thought I’d try it again this morning. That odd flavor was there again, but this time it was identifiable: wet wood, like the flavor of a toothpick. I think I have decided I just don’t like the base tea. It is not rich or malty or chocolatey or anything I like in a black tea. Again, it could very well be my preggo tastes messing with me (I have noticed that teas that I like have started to taste a little different than normal, not in a bad way, usually, just different), so I guess I won’t rate this one. This whole experience has been rather bizarre. It doesn’t help that I don’t think I’ve ever had a Qu Hao before, so I have no past experience to reference. Has anyone else encountered anything close to the flavor I described with this tea?

Well, hilariously enough for “Unplugging Day” Steepster is frozen again?  Anyway… when I think of a comforting tea, this is most definitely one at the top of that list. (Another probably would have been the recent tea Reichenbach Recovery!)  This is a perfect tea.  I would buy ten pounds of this stuff.  It’s just chocolatey, dark, malty and sweet enough with that touch of marshmallow.  Aging amazingly.  (The chocolate has lost that alcohol quality…) sigh. I love it.  The base alone would be perfect.  I must raise the rating YET AGAIN from 94. Two more tournament books on the way in the mail, so I really need to get reading, which is the perfect excuse to “unplug” and also, you know, Steepster is down anyway.

I swear it always freezes on a theme day. :-P

YEP, and it’s not even a weekend yet!

It was odd that in the middle of my quest for the best chocolate tea that this was offered by 52 Teas….I’d never ordered with them and hey, chocolate! So it was ordered. There were several things I really liked about 52 Teas: The shipping is reasonable for a small amount of tea, which will actually make me look at their offerings closer in the future. Also, their packaging in small amounts is ideal, so you can try without the fear of adding to your tea stash too much. The packaging itself is attractive and well thought out which I also appreciate. On to the tea….

When I opened the packet, the immediate smell was of cacao nib. The problem with cacao nib is that there is a sour-like smell that comes with them that my nose immediately picks up on and sends straight into the flavor profile. After a 3 minute steep I found that this was the case. The black tea used is nondescript in this blend…it almost reminds me of the base that Lupicia uses for their Au Chocolat blend. There’s no astringency, but the mouthfeel of the tea is rather flat. The marshmallow root adds a touch of vanilla-esque sweetness to the blend, but it doesn’t really have all that much to work with. I did take this with milk, and it did bring out the “silk” that is in the title, but I think there are much better chocolate teas to be had out there. What was attempted by Black Silk chocolate Milk Qu Hao is obvious in the cup, but somehow it seems to fall short of it’s goal for me. I will try again with a longer steep and update this review in the very near future.

I threw this in my cart the last time I was ordering from 52Teas. I will admit, I am not a chocolate fan. I figured if I didn’t like it, the twins would.

Here is my full review. .

The last of this package…I still really like it, and again, it tastes like chocolate milk to me.