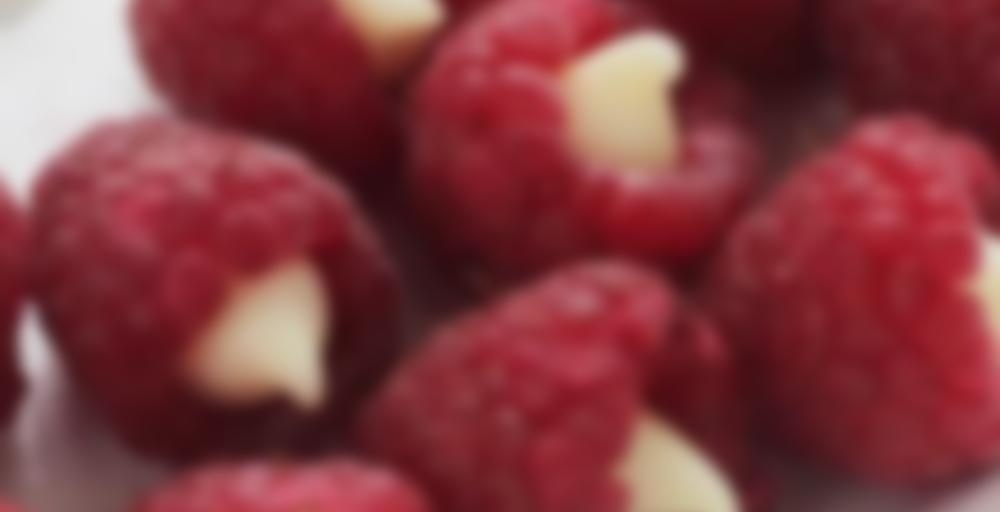 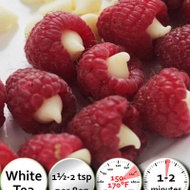 This is a blissful blend of premium Shou Mei white tea, freeze-dried raspberries, white chocolate chips and organic flavors. I’m pretty sure even the Grinch would like this one.

So somehow, I’ve really managed to hurt my back. It’s particularly bad in my shoulders and neck, and yet for some reason I’m still at work. I’m not sure why, or what I’m trying to prove. I think at this point the best thing would be to give up and go home, because it’s horrible to be in pain and at work. I think I feel like I shouldn’t because I can still do my job, which today just involves sitting at a desk and typing (at least it’s not an event day!) I don’t know. I’m odd about stuff, clearly.

I’ve rewarded myself with tea. This is one of my last 52Teas from the “old” iteration of the company. I’m still looking for something to equal raspberry cream, but I don’t think this is going to be it. It smells promising, though!

I used 1 tsp of leaf for my cup, and gave it 3 minutes in water cooled to around 175 degrees. To taste, it’s pretty good. It’s very obviously raspberry, and it’s even a little tart/sour in the way of actual raspberries. There’s a sweetness too, but it’s not overdone or too candy-like. I can taste hints of white chocolate in the background, but that aspect isn’t quite as prominent as I’d have liked it to be. Still, it’s pretty good. I’ll easily be able to polish this one off!

I’m sorry to hear about your back!

Back aches are the worst. Hope you feel better soon!

Oh no!! I messed up my back over the summer and been in physio ever since. Sorry your in pain :(

The smell of the dry leaf on this one is INSANE. White chocolate and raspberry, through and through. I was worried that the creaminess wouldn’t be present in the taste but it’s there. This is really tasty. Why have I never seen raspberries in tea before?! This one gets a resounding e x c e l l e n t.

Oh yes. This tea is… perfect. I had this paired with a piece of chocolate cake and I think I’ve had enough chocolate to last me at least two days. The chocolate in this cup is so creamy and spot on. The raspberry adds a tart note to the cup. It’s… just… perfect.. Mmmmm :)

This is tasty – it really does taste like dessert-y raspberries. The smell of the dry leaves is heavenly – makes me want to just start eating it. I LOVE raspberry – it is tart and juicy and probably the perfect fruit for me next to peaches. The chocolate was a mild and minor note, but I preferred it that way. I find chocolate teas to be a bit too oily and just make me want the real thing. Overall, this was a win.

I didn’t get a lot of the oily feeling this time…like it wasn’t greasy on my lips. I kept the steep time short. I got good flavor though, so it must not have hurt anything! I did like the flavor; I think the white chocolate goes well with the raspberry.