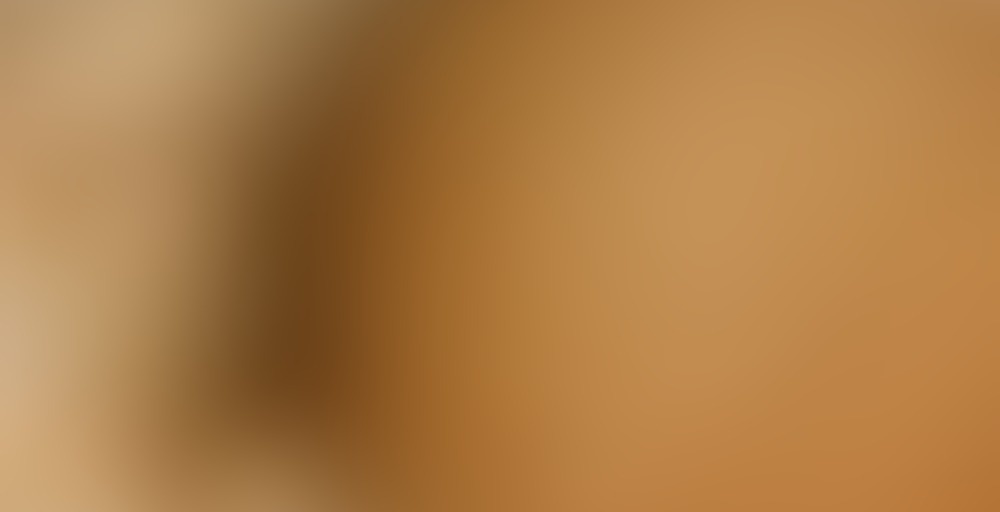 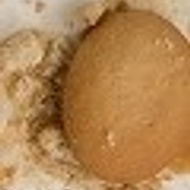 I know how much you loved our Banana Pudding black tea, so I decided maybe we should try it with a genmaicha, and let me tell you, the toasted rice element of the genmaicha combined with the sweet sencha green tea takes our banana pudding flavor recipe to a whole new level of yummmmmm.

Like with the black tea version of Banana Pudding, we’ve added freeze-dried bananas, coconut and organic flavors. I think this one is going to be very popular. Can’t wait to hear what you guys think of it.

This is a very old sample, and I’m embarrassed to say I no longer remember who sent it to me. I’m sure it’s no longer at its best—the banana is faint and the coconut even fainter (but happily not soapy), and I’m guessing the genmaicha base doesn’t pack quite the punch it once would have. That said, I’m still enjoying my cup quite a bit, even in its diminished state. It really does evoke banana pudding—maybe the kind made from mix vs. homemade, but nonetheless—and Nilla wafers. I’m just sorry I didn’t try this one sooner. I used to think banana-flavored tea sounded downright disgusting, but blends like this and Butiki’s Hello Sweetie (RIP) have changed my mind on that.

Seriously yum. I think I’m going to brew some of this tomorrow for iced tea. I’ve tried it as a hot tea and had several lovely cups of it, but I think that I need to try it iced.

I like this one even better than the black tea version of the tea. The genmaicha works very well with the banana pudding flavors. The sweet, roasty-toasty element of the genmaicha seems to enhance the wafer cookie flavors nicely. I really liked this one!

We were discussing the remodel of the 52teas website in Steepster chat, and I was considering buying some of their Genmacashew to try. Sadly it’s out of stock, but it inspired me to try this genmaicha blend. Miss NayLynn sent me this sample in our swap, along with two other banana teas. It looks similar to their other genmaicha teas – flat steamed dark green leaves mixed with mochi rice and a piece or two of popcorn. This one appears to have shaved coconut in it as well. Dry scent is a very sweet combination of banana pudding and banana taffy. I steeped about 1.5 teaspoons of leaf for 3 minutes at 175.

Once brewed, the tea smells mostly of toasty genmaicha with a little bit of creamy banana mixed in. I noticed as it cooled, it started to smell more of banana taffy. This actually has a nice amount of banana pudding flavor to it, which surprised me since the other 52teas genmaichas I’ve tried have been disappointing in the flavor department. The toasted rice is nice and toasty, and the green tea is overpowered by the banana flavor, which is nice since I haven’t enjoyed their particular green tea before. There is a wee bit of bitterness here, so maybe I oversteeped this a bit. Overall, much better than the marshmallow treat versions I’ve tried!

Credit where credit is due, Frank does banana really well :)

agree on the banana

no milk needed this time eh? :)

Thanks kimquat for the sample!

Sadly, the main taste I get from this cup is an astringent, smoky and ashy taste. Once the bitterness subsides a little bit, I then get a grassy and mineral taste. The end has a little sweetness from the coconut, but it is very much in the background. This tea reminds me of sipping on a marshmallow over a campfire—a marshmallow that I burned and caught on fire, where the predominant flavor is ashy and bitter with a sweet after taste.

Thank you Kimquat! I get to try yet another 52Teas banana tea. I LOVE the hojicha blend and the black tea base. I figured the toasty rice genmaicha would be even better with the banana and the coconut. IT IS. So desserty delicious. The rice acts as like the toasty nilla cookie. And the green teas adds oodles of BUTTER flavor! The banana teas from 52 are the best banana teas. More like ripe banana than candy. The coconut that 52Teas uses is the best too. This is the perfect combination of ingredients. I wish I had a whole pouch of this but it’s gone now! I seem to go through phases where I drink tons of 52Teas. I don’t really do that with other teas. Hmm.
Steep #1 // 20 min after boiling (microwave) // 45 seconds
Steep #2 // 30 min after boiling // 3 min

My new Bodum Bistro kettle showed up today between steeps 1 &2! It’s just as amazing as I hoped it would be. It’s like my old kettle but just more advanced technology since my old kettle was 9+ years old. I’m not exactly sure how old! It’s got a dock instead of having to take the cord out every time to fill the kettle with water. Hope this one lasts at least nine years!

Yes! My shipment came in today!

The smell…I couldn’t stop smelling the bag once I frantically ripped apart the envelope it came in. It’s SO GOOD. Exactly like banana pudding. I could see little pieces of coconut and huge pieces of banana through the clear front of the bag. There seemed to be a greater measure of toasted rice to green tea, which worried me at first. (I’m not a big fan of genmaicha. I have to really be in the mood for it.) No instructions on the bag, so I guessed the temp to be on the hotter side of “green” and let it steep for three minutes.

I waited, waited and waited…giving the cup a good sniff every fifteen seconds or so. I couldn’t smell much past the toasted rice. Maybe a hint of banana but it was very faint, especially compared to the sublime desserty-banana aroma that drifted out of the bag.
First sip was very similar to the smell. A little disappointing, but I expected the banana to be muted compared to the base. First impressions can be deceiving. I waited a few minutes, hoping that the banana-coconut flavors would emerge at a lower temperature. I was right! First I get the roasty, nutty element of the rice, followed by a very definite banana flavor.

[I’m going to interject here that’s it’s not the flavor of a ripe banana. I don’t really like ripe bananas myself. I prefer bananas that are still slightly green and firm, and not very sweet. While the banana flavor of this tea isn’t a ripe banana, it’s not quite a green banana either. It’s close. It’s very “fresh” tasting…but also mildly sweet. I’m not sure how else to describe it. Maybe someone else can illuminate this for me?]

Anyway, back to the tea. Toasty rice, then banana, then a very soft creaminess that’s a little like vanilla. It’s more of a texture than a flavor…just this soft, full, silkiness. I think I’m catching hints of the coconut. A little cream. I wish it was stronger, honestly. The flavors descend in intensity as they descend in order. I’m not getting much in the way of crusty, vanilla wafer goodness but that’s okay. It makes a very good cup of banana tea with a hint of sweet coconut.

While not what I expected, I drank a whopping seven cups of this today. (: It resteeps well. Second brew was 4 minutes, and the third was for 6 minutes. (I tried coaxing a fourth out of the leaves with 8 minutes, but the flavors were too subdued for me to enjoy it. No banana or coconut or green tea. Just rice.) Out of the three steep times I think the second was best. The silky vanilla-coconut elements stepped up and the toasty rice stepped back. There was greater balance in that cup.

The entire time I was drinking this I kept wondering how it would taste with a black tea base. I’ve never had it before, and I enjoy black tea much more than green tea. What’s a girl to do? Cast a guilty look over her shoulder, get back online and place a hasty order for Banana Pudding Black…which is exactly what I did.

I’m glad that I liked this tea so much since my recent experience with 52teas (Cherry Cheesecake Green) went so badly.
Shudder.
I’m sure time will help meld the flavors nicely. Note that sugar brings out more of the banana-pudding-ness of the tea.

Banana Pudding Black is awesome. One of my favorites from 52Teas, and my favorite banana tea, hands down.

I’m so excited for that one to come in! I’m already halfway done with the genmaicha version. Looks like I’ll be needing more VERY soon. (:

I’ve enjoyed this tea twice now and it is really delicious! I thought it might taste like fresh banana in cereal, and it does! The banana pudding taste is awesome. I haven’t had the same tea with the black base, but I bet that’s awesome too! The banana is not like a banana runts flavor…it’s more natural…sweet though, like a ripe banana. I’m pretty happy I picked up this pouch! :)