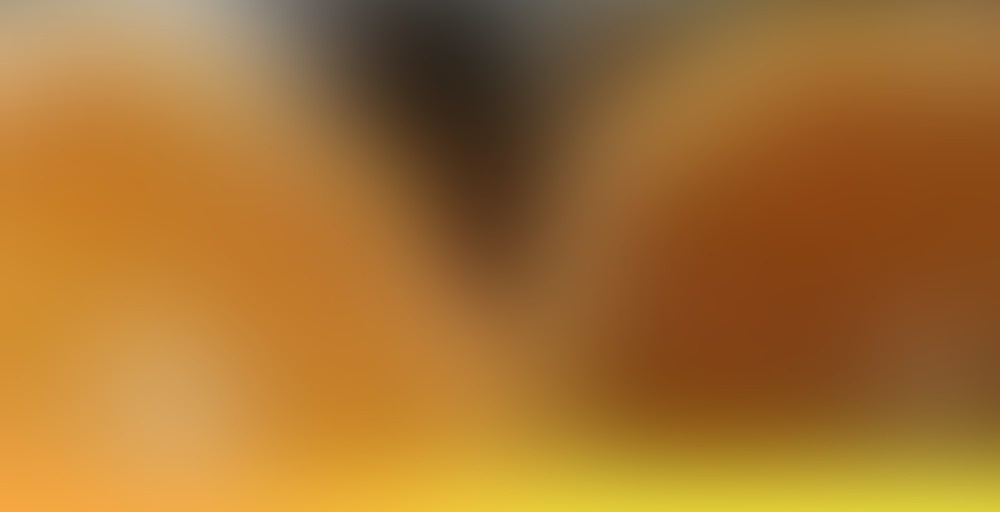 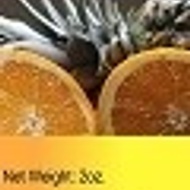 Honeybush with freeze-dried orange and pineapple bits and organic pineapple and orange flavors? I think it’s a nice refreshing tea for the start of spring.

Thanks to carol who for my sample of this tea! This is the first 52teas blend I’ve tried, so I was interested to see what it’d be like. The dry leaf smells really good. Come to think of it, orange and pineapple both have a certain sweet/sharp citrus flavor to them, so they blend together well. I steeped my cup for 5-6 minutes. As for the flavor, the orange note was the most noticeable, with a faint hint of pineapple. I could taste the peppery sweetness of the honeybush, but it wasn’t overwhelming or unpleasant, and went well with the fruit flavors. Overall, I like this one! I’m not sure I’d purchase it myself, just because I have other tropical flavored teas I like more, but it’s definitely drinkable. Glad I got the chance to try it.

This is pretty good but I have to say, I can’t taste the orange or pineapple specifically when it is cold. It does taste distinctly tropical, but the tea is the primary flavor and the flavoring an afterthought kind of taste. Some would like that, but it isn’t the best for iced tea. Will consider changing the rating once I have had a hot cup.

I can smell the orange and pineapple. Quite nice but there is a medicinal smell. I only smell a little of the woodsy smell in the honey bush.

I feel that my taste buds must be going wonky. I can smell the tea but I can’t seem to taste the flavors. I think it’s me. The others who have reviewed this tea have had good things to say about it… I think it’s just me.

Thank you Hapatite for the kind swap :D

Sweet, tangy, and brightly flavored. I don’t taste a lot of honeybush flavor to this but I do get a slight nutty, honeyed flavor in the background. Mostly, I taste orange and pineapple and it’s a bit reminiscent of a fruit juice you might drink for breakfast. Only I drank it hot and there’s no pulp. But it’s still really tasty. It has a soothing quality when served hot.

It makes a great iced tea too, because after I tried it hot, I brewed up a pitcher for iced tea drinking the next day and I enjoyed it.

My first order from 52teas! Really exciting! I love oranges and I love pineapples, this sounded like a good one to me.

Once you cut open the foil packet the smell is really strong. The packet didn’t smell like anything before hand though, which I like because then there wasn’t any scent contamination with the other one I ordered. The first whiff to me wasn’t entirely appetizing though. It rather reminds me of tropical flavored carbonated water, like the ones you find at the supermarket that you buy when you’re craving something fizzy but don’t have much money. AKA entirely artificial. I didn’t get individual scents of either orange or pineapple.

I’ve only ever had honeybush in a teabag before, so the visual was mildly surprising. It looks like mini-woodchips! Actually it really reminded me of saute’d lemongrass, but that’s a different story. The bag was kinda tiny for a 2oz, but it was jam packed full. I suppose these leaves don’t exactly need room to breathe. I heard that it’s similar to rooibos, which I’ve discovered is not one I’m fond of, but honeybush isn’t nearly so offensive to me.

There aren’t any brewing instructions, and for my first time I felt kind of lost. So I filled up my cup with 195 water and took it upstairs with me. Then added the tea. I figured if the temp was a little lower, I could get away with a longer steep time, cause really I didn’t know what I was doing. Honestly I have trouble steeping things for a long time. I’m impatient so those greens and such that only take a minute or so are my best friend.

I probably brewed this for maybe 7 minutes, at least 5. The liquor was like a maple syrup color… and it still smelt artificial and meh. The smell does get better as it cools though, surprisingly, as the flavors stand they start to differentiate a little bit. Mostly though it just smells like fruit punch. Probably would be a tea that benefits from making iced or cold steeped.

The taste is mildly minty, like rooibos but not as medicine/herby, so I don’t mind it. It’s not as strong as peppermint tea though. Maybe like fruit punch, diluted alot, and garnished with mint.

I’m not sure yet if I like it, it deserves another tasting, but I still find it (right now) like the artificial flavored water, just without the fizziness.

You can always try a resteep. :) I resteep a lot of teas whether they say you can or not.

I agree, I love 52teas but wish the packages had brewing guidelines.

The second steep wasn’t bad, but still not amazing either. I kind of just filled the infuser with water and forgot about it for awhile. It still had plenty of flavor… just not the complexity I wanted out of it.

Confession, this is my first Honeybush. I really didn’t know what to expect since I have read that they tend to taste like wood. Thankfully, this one does not.

The dry leaf smell was strongly citrus, almost in a bad way and I am a citrus lover. But the tea itself is mellow and has no artificial taste at all.

I do wish that 52teas would put brewing suggestions on the bags. I went with just boiling and a 10 minute steep since I wanted a strong flavor and read that you can’t oversteep this. Hot, the tea was nice, but the flavors came out more once it began to cool. It is almost completely cool now and I really like the orange flavor (not getting much pineapple).

Sooooo these little slider thingies don’t work on the iPad. I did 2t to 11oz for 10.

It is nice to have nighttime teas without chamomile, even though I adore chamomile.