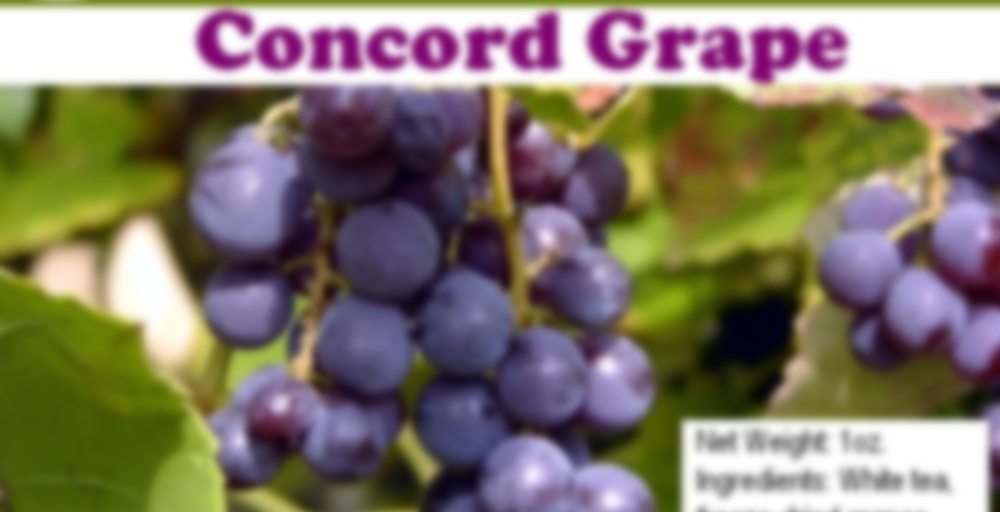 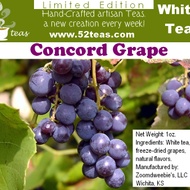 So, I’m a little extra excited about our new freeze-dried grapes. I can’t help it, they are just too much fun to blend with. I’m hoping our customers will forgive me and enjoy this deliciousness.

Just finished the most important meeting for the race! The race is on the 18th, so at this point I only have a few minor details to get through in terms of organizing it, and I will be done!!! (Or rather done with the race for this year… Next year will be the ninth edition, and I am sure the tenth edition is right around the corner…) I am happy that everything is going smoothly and so far according to plan. I have the police, red cross, medics, and 500 or so volunteers ready for action on the 18th of August!

I am exhausted and got home yearning for a sweet cup of tea. I decided to brew this one sweetened.

The delicious grape smell of the dry leaves pops nicely when you add a tiny bit of rock sugar. Oh so delicious! It was exactly what I wanted! It is really natural tasting, it reminds me more of the fruit than of a grape candy.

I may actually give in and have to get another pouch of this… I will have to think about it… I have a bunch of teas that I still have to get through… I might get myself a pouch of it as a post race prize! :)

Good luck on your race! :D

Good luck! I’m sure your doing an awesome job with it :D

Even though I’m a monthly subscriber to 52Teas, I still tend to stalk the website on Mondays, checking to see what Frank came up with for the tea of the week. If the tea doesn’t get posted on Monday, I find myself clicking on the website even more often on Tuesday, because I am becoming impatient. I want to know! If for some reason, Frank is later (and I suspect he does this just to tease me because he knows I am waiting), I become really impatient and have a hard time leaving the computer until I know what the tea of the week will be.

It has gotten better since I started subscribing though, I think some of the anxiety of worrying that the tea will sell out before I have a chance to buy it is alleviated with the subscription. But it doesn’t alleviate the curiosity.

Most of the time, I’m not only excited about the tea but also quite astonished at what Frank has come up with for the week! Case and point: Pancake Breakfast. Wow! But occasionally, I’m a little disappointed by the tea of the week.

If you go to the 52Teas website right now and look at different teas that appear on the homepage, most of the teas there are ones that excited me. Cotton Candy? Custard-Filled Maple Long John? Chicken and Waffles? (Oh, never mind…) and let us not forget this week’s creation: Double Chocolate Decadence. (for my birthday! yippee!) These flavors are exciting!

And there are a few that are a little less than exciting. I’ll be the first to admit that I wasn’t interested in trying the Doggy Tea. The Citrus Piledriver I wasn’t too excited about, but, that one turned out to be a big winner after trying it.

But this tea. This tea actually disappointed me when it was announced. I don’t really like grape. I like the fruit. But I don’t usually like grape flavored stuff like soda or candy. I don’t even really care for grape juice.

That being said, I have actually found some grape flavored teas that I’ve enjoyed. But that didn’t stop me from being just kind of “meh” about the announcement of this tea.

All that was before I tried it.

This is good. This tea makes Concord Grape worthwhile.

Thanks. My birthday was actually more than a week ago now, but, I didn’t give Frank a whole lot of notice about it. (less than a week, I believe)

My dear friend in Tennessee and I have invoked the “2 weeks either way” rule on birthdays. If the greeting, card, or gift falls within that time frame, it counts :)

Happy Belated Birthday, and thanks for suggesting the awesome chocolate decadence tea!!! It’s soooo good! Also, I do the exact same thing you do even though I get the e-mail updates telling me what the new tea of the week is. I’m always looking at the site anyway! :)

Thank you tattooed_tea for this sample!
I also got this tea in one of my grab bags that I ordered. So I am glad I liked it!

I cold brewed this.

Whites are my fav, so I thought this was great. Light concord grape taste, maybe a little too light, but good enough for an iced tea. The grassiness of the Bai mu dan comes through a little too. I think the flavours compliment each other well. Nice and light tea on this humid summer day!

I’m clumsy. I just dumped half of my freshly brewed cup onto my lap. It didn’t feel good. On the bright side, it smells lovely…mmm…Concord grape and boiled me. Thank goodness for re-steepable leaves. This tea is too good to waste, not that any tea should be wasted, but this one is super-deelish! The grape and the tea are nicely balanced against each other. It’s light and fresh and perfect for spring/summer when I’m craving the fruity teas. When it gets warmer outside I’m trying this iced! C’mon sunshine!!!

Yeah…I wasn’t fond of the feeling of the hot tea on my lap, thankfully, the burning sensation died down quickly. Smelling like concord grapes all day was one of life’s little silver linings :)

Another sample from Amanda :) And happily, another sipdown as this was a one-cup sample. Pseudo-progress, yes.

Although I couldn’t really get any aroma from the dry tea, the instant the water hit this I was blown away with a delicious grapey aroma. Nom. The tea is very much that artificial concord-y grape juice flavour, with a bit of white tea lurking in the background. Tasty, but not a tea I need in my cupboard, as I have a lovely Grape Oolong from Butiki already, and grape is not a flavour I tend to seek out often.

I discovered DT too late to try it :(

Well this is going with my silly day. I get to wear a princess crown and sip on this wonderful tea. This one will be missed. I only have enough for one more cup :(

I didn’t buy this one for myself I bought it for Lance, he likes it alot except he said it tastes much like a white tea version of the Oatmeal Raisin Cookie also from 52 teas and we both noticed NO GRAPES there was no freeze dried grapes in our bag at all so I’m not sure if we got the bottom of the batch or if it wasn’t mixed well. Anyways Lance is happy with it and likes it still I just wasn’t that impressed with it, to me it has a doughy taste. Long as he likes it tho :-)
Oh yeah, it smells wonderful like grape bubble gum

I’ve spent all day alone, not saying a word to another human being (face to face or verbally anyway). I think I’m crossing the path to loneliness. I hate when my husband has to work double shifts :(

At least I have everyone here to keep me company, and my tea of course. As for my kitties they are having a lazy day on my bed.

This blend looks like Bai Mu Dan that has been broken down into smaller pieces, nothing particularly special by appearance. Then when it comes to smelling the raw blend it’s a different story, sweet, juicy and floral grape is jumping out of the packet. A rummage around and I can spot a few huge dried grapes, I had to have a cheeky taste. So juicy and sticky, pure grape goodness. If the tea tastes like that grape did then this will be great.

I can taste the Bai Mu Dan at first (sweet, floral and dry) before going into a pure, juicy, grape flavour in the after taste. They compliment each other very well, both are delicate but provide enough flavour to be very pleasing. Honestly it tastes as good brewed as it does raw.

It’s almost like a very mild grape flavoured bottled water but much more tasty. I might try this iced next time, need to get a glass iced pitcher from Ikea first. Roll on tomorrow.

I wanted iced tea, but something low on caffeine. Since I had moved this to the kitchen…it was the winner.

I’m not a big fan of grape flavored things. It’s like cherry, where there’s a fine line between tasting like the fruit and tasting like medicine syrups. This isn’t bad though. Since I have no plans to ever take iced bai mu dan and add just a bit of some fresh concord grape juice to it, this works for me. That’s how I imagine this would be. It’s just enough grape for you to know that’s the flavor, and then you can taste the white tea.

I’d like to see how it fares cold brewed, see if that makes it any more grape tasting.

I have found through tastings of other grape related teas, Apparently it is hard to get a nice natural grape flavoring that does not scream artificial. Well Frank has come close to the holy land on this tea. The flavoring is mild and mixes well with the bai mu dan.

Anny, I’ve had a few flavored Bai Mu Dan teas, and they were really tasty. I’ve had a peach & blueberry flavored. I think the key to flavoring whites is to do it so it’s light and mild.

I need to try the blueberry. Could be interesting. Thank you