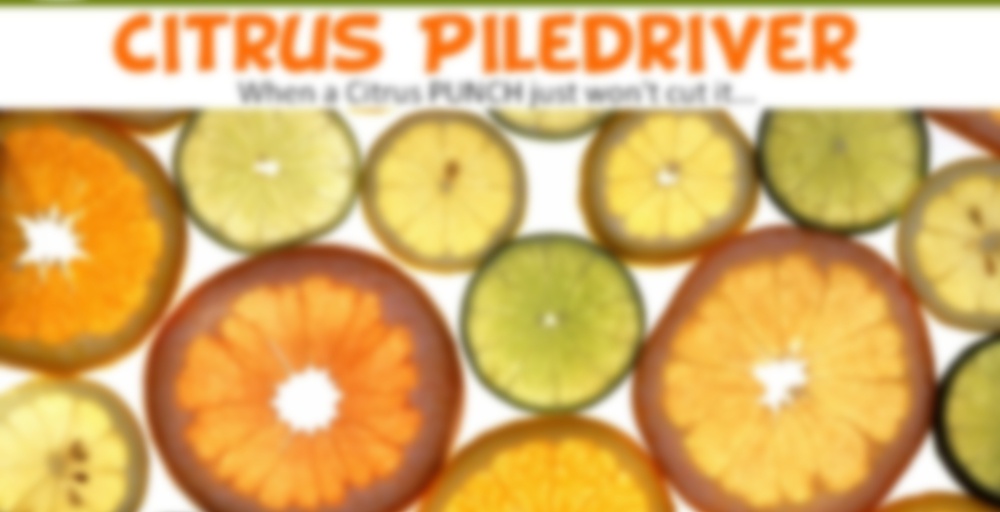 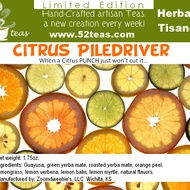 The aroma of this tea is an amazing, eye-opening, “GOOD MORNING TO YOU” and that’s before you even take a sip. We don’t want to say it’s going to make you run like Kenyans*, but yeah, it should get your motor going. Get some today and tell me: Am I right, or am I right?

This is all brand new to me, and I couldn’t resist not giving it a shot because of the name alone.

I’ve never had yerba mate before. Or guayusa. So this is all entirely new but today I really really need some sort of pick me up. I decided to go see my doctor but no of course I have to actually go to a psychiatrist for this and no of course they are not there at work past 4pm. I kind of need some sort of expert written letter to explain my whole lack of a) knowing I had a test today and b) not going to said test… soooo not helpful.

And so I am basically worn out because I don’t want to hear “it will be better” when I have to wait another freaking day and then probably some more. So, something that will prevent me from going to sleep right now it is without resorting to Red Bull.

Since I have no idea what these things taste like, I can kind of get an idea from the tea though. I get grassy and earthy. It’s got both roasted and green mate. Everything goes so well with the orange and lemon flavors. It smells like candy, but it doesn’t taste like it because it’s definitely earthy. The citrus helps reign it in though, because I think by itself this would be a bit much.

So I had no idea how to steep it and used 195* water and steeped for 3 1/2 minutes. I think it worked just fine. I’m sure boiling water is what it’s supposed to be but I’m pretty comfortable with these results.

I wonder if this would work iced?

are you bouncing off the walls?

I was going to say no, but not yet might be the better response.

I’m so tired that it has had no effect on me, lol I always have problems with caffeine usually making me actually go to sleep instead. The only thing that ever can make me a bit hyper is Darjeeling.

aww sorry to hear you are having trouble! I’ve been there, where nothing will help you stay awake! :/

I needed sleep, I slept maybe 2 1/2 hours this morning before there was a cleaning crew in the apartment above me right at 9am, this coming the day after there was a crew trimming trees also right at 9am, I was trying to go back to sleep but they were washing off the windows and the most terrifying thing when you’re half asleep is to hear water dripping down right near your head!

Maybe try earplugs with one of those sleep machines that makes ocean sounds. It might drown out the mayhem.

There’s usually not that much going on, like when the weekly landscaping crew is around, I’m usually already awake or out somewhere. The cleaning above me was not really expected, although it was loud it was also a great sign that I will never have to hear the person who lived there ever again!

Thanks to momo for this one (yes, I have a trend going, haha).

This is another tea where I was curious enough to want to try it, but suspected I wouldn’t enjoy it, so really didn’t want an entire bag. Good decision. I’m not often a fan of citrus in teas, except when there is also creaminess, and I don’t like either green mate OR guayusa… right, why did I want to try this again??

Anyways, it brews up darker than one might expect from a herbal. I think age may have gotten to this one though – the citrus is FAR less of a punch than I was expecting. It’s actually quite decent, in that respect. No cleaner-y overtones or anything. But then… the base. Bleegh. I just don’t like the flavour of either of the base teas (tisanes).

Overall though, it’s really not too bad. Much more drinkable than some lemon blends I’ve tried. However…. still not a fan.

wow you are on a roll with the teas!

That’s only because she usually ignores all her samples….I’m betting she could have her cupboard in order in no time if she just opened up a few of those boxes and drank the 1-2 cuppers lol

I would say that half of my cupboard yes, is probably sample sizes 1-3 cups worth lol. I’ve actually gone through a lot of swap stuff though, I just swapped a lot last year! :D

As this was a blend for my b-day week, I had to give it a shot. Frank, please consider adding this one to your permanent collection too! I love this bright-eyed cuppa! Citrus and lemon flavors mix wonderfully with a light-tasting yerba mate and guayusa blend that just rocks!

Can’t wait to try this one iced! If I have any left, that is… Oh, and I let it steep for the length of the cup, which means the last few sips were super-charged and super citrus-y – which I love.

Frank, this one is a gem. Delish!

Wow! This is fantastic!

It tastes smooth and sweet and yummy, but all the while I can feel it invigorating me! It doesn’t taste bitter or astringent, just sweet and citrus-y, but not too tangy or tart. I like that I taste the peach notes in there, giving the overall cup an almost nectar-y (even creamy) kind of taste.

This is really good!

Another day, another cold brew. And also another sample from LiberTEAS! Every time I think I’m making progress on the wealth of samples from her, I realize that I haven’t at all… and they’ve just migrated to the bottom of my sample box. Seriously, it’s endless samples. More keep popping up that I don’t even remember! This one, though, was one of 2 I requested, so I was thrilled to see it at the bottom of the sample bin, hanging out with a bunch of oolongs. I really need to bust out my gaiwan and get to work on those…

Anyway, cold brewed this for 14 hours with a bit of sugar (I like my iced teas sweet!). I’ve been feeling really sluggish when I get up, so I wanted to see how the day would go with a jolt of caffeine to start it off. I can’t drink blacks on an empty stomach, so I was hoping guayusa and mate would be a nice alternative. It’s already been established that I LOVE guayusa, and this tea just reaffirms my fondness for it. The lemon and other citruses are so bright and warm, but they’re kept from being “too much” by the wonderful forest-y guayusa. With the hint of fruity notes in the background, this makes for a pretty perfect iced tea. Sweet, refresihng, bright, citrusy, fruity, and earthy. Plus I have been wide-awake all day!

I have the exact same problem. A problem I enjoy though. :)

You know, I’m really not getting much of a lemon flavor…

Okay, I kid. This is very lemony. Although, the lemon is done very well, because it still has a… even keel to it. How to put this. There’s a lot of lemon in this here drink, but it doesn’t cause your face to implode due to unwarranted sourness. Nor do you get that twingey thing in the back of your jaw like you just flossed with an electric eel.

Its very lemony, but its sweet, and you can still just taste the grassiness in the background.

I am impressed with this tea for it’s lemony depths, it is quite good. I kind of want to mix this with some straight tea and have the most eye-widening Arnold Palmer ever.

Thank you to Sandy for this sample. It is delicious!

wow – I thought this tea had a lot of caffeine in it, will you be up all night??

Hehehe, what’s wrong with being up all night? IT’S FRIDAY!

I figured now that I’m on a huge tea drinking kick and accustomed to being well-caffeinated, this would be a great time to burn through as many samples as I can.

So thanks to momo for this one!

There’s a lovely earthy grassiness here from the mix of mates and guayasa. It’s very fresh and lemony without being chemical or tasting like cleaning agents. The lemon also a nice sweetness (I guess I’d call it lemon bar sweetness) from the mrytle… and is that pineapple I’m picking up? The aftertaste is very much guayasa-heavy and I’m getting hints of peach.

I’m excited to see how this stands up to cold steeping.

More sample busting tonight. I’m on my nook while watching True Blood, so short notes are appropriate. This is a generous sample from Sandy. Thanks!

This is a very smooth citrus. The other fruit flavors make it creamy. I feel there must be banana and pineapple in here, maybe some peach too. I bet it’s great iced. Great tea!

This was really vegetal – almost like a green tea with zest. I definitely taste the mate but I wasn’t getting much, if any, of the citrus flavor.
Regardless, this was a great tea to wake up with. Our dog this morning (I own a grooming salon) was the sweetest golden… unless anyone touched her front feet! At which point she would try to bite. We took a short break halfway through and I made a matcha shake. The combo was great for staying energized and calm.

Thank you momo for allowing me to try this one! I had this one yesterday. There certainly is no shortage of lemon ingredients in this tea! It’s very fresh tasting… yet doesn’t taste like something you would clean the house with! I’d say the most distinguishable flavor comes from the lemon myrtle which has a sweeter taste and reminds me of lemon sugar that was on a donut I had a few years back. Mostly, this tea reminds me of a beloved tea from Fusion — their Pistachio Lime Mate. Even with the amount of ingredients in 52’s blend, you can’t really beat Fusion for the amazing blends they come up with. So I like the Fusion better, but this one is still very good! (I also love the picture for the label.)