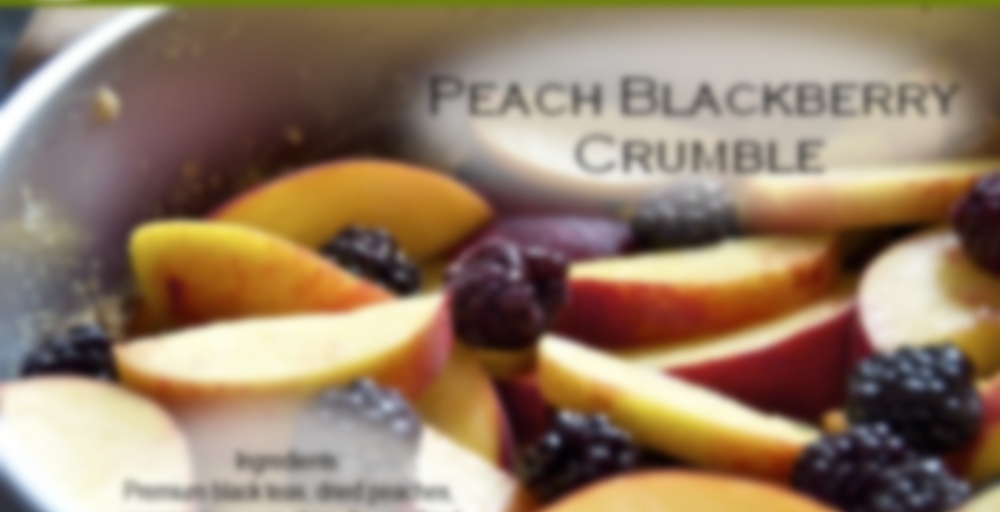 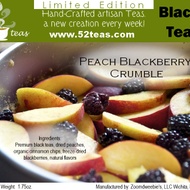 The Art of Tea

Stood up on a date? Screw you, I’m having a latte.

People actually do that? I thought lattes were only in movies. Sorry dear, guys are morons, must have been a coffee drinker.

I was in the mood for a peach tea, and this one sounded dreamy today! I had to open my sample. Also, I must say I can’t wait to get my 52Teas sampler from the campaign! Sadly, they mostly look to be ones I’ve already tried, but I could easily have more in stock of any of these, since all of the 52Teas I have are samples anyway (except for four of them).

First steep// just boiled // 1 min
As I poured, this blend seemed to steep fast and smell automatically peachy, so I went with one minute. I didn’t want the robust assam taking over the flavors! The steep color is fairly dark! Even before tasting, the cup actually smells like a crumble with butter and brown sugar. It doesn’t taste quite like that though. The assam is certainly strong, but I can still taste wisps of equal parts peach and blackberry. I’ve had bad peach and blackberry teas before but this one is nice. I don’t see actual peaches or blackberries in the mix but maybe that is just my sample. The cinnamon is barely making itself known, even though there was plenty of that.

Steep #2 // just boiled // 2 min
The assam is so strong I could probably steep it more than twice. It’s pretty bready. It has lost some of the butter & brown sugar scent this time. The assam fits well with this blend, since it seems that it tastes a bit like blackberry on its own. I did a Steepster search for “52 Assam” and I’m surprised only 16 results came up – considering how many teas they’ve created, I’m surprised assam isn’t used more often. I wish there was more of the butter/brown sugar flavor that makes the fragrance so lovely. Overall, this could be one of my favorites from 52Teas.

Yum! This is really good.

The buttery touch in this is just right, giving it a nice pastry/crumb kind of taste. Yummy!

Yum, thanks to Erin and Jenn for sending me a sample of this tea. I’m lucky, because now I have enough for 2 cups ee!

I’m having this with frothed milk and vanilla syrup, and my first experience with my Ecobam strainer (I’m out of Tsacs!). So I love the strainer. And I do enjoy the tea!

On the sip, I taste mostly blackberry – but I have this great aftertaste going on of real blackberries, a bit of soft cooked peaches and a tiny bit of butter (as well as the Assam of course). So I’m loving it just for that!

This reminded me a lot of Frank’s Cinnamon Roll Honeybush. Strong pastry notes, the strongest I’ve smelled in a tea. I loved the tea base; one of the best I’ve tasted from 52 Teas, make more blends with this base, Frank!
I expected more peach flavor. I’m starting to realize I’m not too fond of artificial/natural blackberry flavors. It just adds an odd, perfumy, unidentifiable fruit note in my opinion. I would have absolutely loved this as just Peach Crumble. More peach flavor and scratch the blackberry flavor.
I do have to say if you removed the blackberry flavors in this tea it would taste to me like Cinnamon Roll Honeybush with instead a black tea base, and I think people would absolutely love it.
The high rating from me is mostly coming from the nice tea base and what this could be!

I’m looking forward to trying this one… probably will wait another week though… I just got around to trying the Lemon-Lime Cheesecake! haha!

Hmm… I can clearly smell and taste what’s supposed to be the flavor of buttery pastry, but it just keeps reminding me of yogurt. I think it’s a personal association more than an error of 52teas’ part, but nonetheless I can’t get the idea that I’m drinking yogurt-flavored tea out of my head.

I like this tea, but I wish it had about twice as much fruit flavor. That’s what I expect from this kind of tea, and I think it would cover up the yogurt-y weirdness as well. It’s a good attempt, don’t get me wrong, and I appreciate that it’s a different approach to dessert teas than I’m used to tasting, but it could be a lot better.

That said, I’m glad I got to sample this! I’m definitely curious about 52teas’ other pastry-esque dessert blends, because I’m sure some of them are wonderful.

I know what you mean about the yogurt flavor. That’s exactly what it tastes like for me; I could just never figure it out! :)

Pleasant. Not amazing but still a nice treat. Tart with warm buttery notes. The blackberry is much stronger than the peach but the peach still peaks through. I would like it more if the fruits were a bit more balanced but enjoyable none the less.

This smells a bit like tea, a bit like berries… but not clearly of any particular fruit.

The taste is rather good. Solid black tea base that’s pleasant in itself and a not-strong but noticeable taste of peach and blackberry mixed -not two individual flavors, but an interesting combined one that is both and neither.

I rather like this and could see me making a second cup.

(These notes are a rough approximation taken from memory; I hope to update at a later time)

Experience buying from @Ashley: I bought this tea from Ashley when she was selling all of her tea. I received the tea quickly through the mail and my package was filled with many surprises. Thank you Ashley!

Packaging: 52Teas packaging is very professional: small silver zip locked bags with a clear front that has a 3” X 3” label on it which has the name of the tea, an ingredient list, and an expertly created picture of the food item that the tea replicates.

Overall: I remember liking this tea, but I don’t remember anything standing out about it. I believe, as with all of Frank’s teas, it held flavor through four steepings and that the flavor in the tea at least roughly matched the name of the tea.

Tasted a little bit like cinnamon? Honestly didn’t get ANY peach or blackberry out of this though. I mean, not bad tasting but just bland and underwhelming. Possibly age, I suppose. Left me just feeling a tiny bit disappointed but mostly quite ‘meh’ about the whole thing.