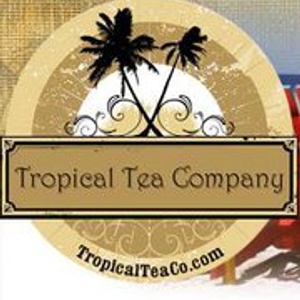 I’ve been meaning to write this for awhile but I completely forgot.

I placed an order when they had a massive discount code and bought several of the $1 an ounce teas, plus one that might have been $5 for 2 ounces. My total was incredibly low, and I figured if I didn’t like some things that would be okay.

When I got my order, the most expensive tea package felt incredibly light compared to the others. I put them on my scale and found that it was an ounce short. I sent Tropical Tea an email and expected to not hear back or just be told something like “it’s by volume.”

I was sorely mistaken. I sent the email on a Sunday. I had a reply at 7am Monday apologizing for it getting through quality control. No questions asked. They were sending my entire order again with a few extras.

Now that is how you keep a customer, whereas I’m dealing with the grocery store near me being terrible, and they want more information like I have the names of all the people who have failed over the past two weeks. I’ve stopped going to a burrito place that has a $4 student special once a month since they always make me feel like a cheapskate liar. Tropical Tea has forever earned my business and I’ve referred many people to their site because of it.

When I am not drowning in tea, I will definitely order from Tropical Tea Company again, especially since they are the ones who have the elusive Blue Mango tea I have missed since I had it at a teahouse.

I put in a sizeable order from these folks due to the combination of their $1.00/oz tea sale, and their 35% off coupon for March being just simply too good of a deal to pass up.

The teas are good, the shipping was fast, and free after $30 worth of purchase (which, at $0.65 an ounce, is A LOT OF TEA). I’m a sucker for free shipping, set a bar and I’ll get there, believe me.

They have a couple stand out selections, such as their Texas iced tea being an amazing example. It’s definitely a tea shop I will purchase from in the future.

. Gypsy Rose
no ratings yet
0 ratings

. The Hydrant Cafe
no ratings yet
0 ratings