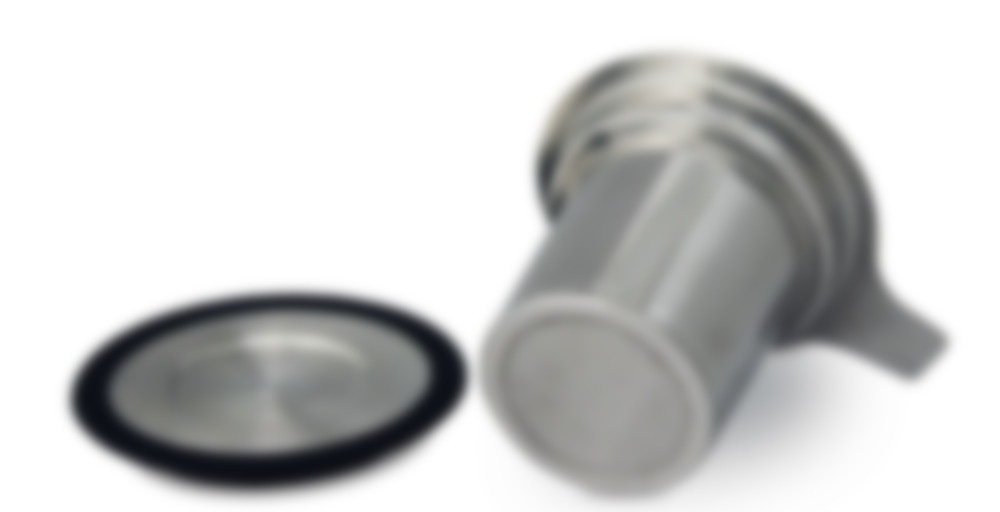 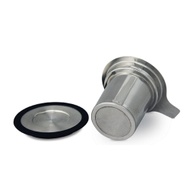 The Brew-in-Mug Extra-fine Tea Infuser with Lid, is complete with an easy grip silicon rimmed stainless-steel lid. The infuser gives you a perfect even brew every time, and enables you to brew fine teas such as Rooibos tea to large whole-leaf teas like Oolong tea.

It fits in American standard mugs. Flip the lid and it works as an infuser holder. With this infuser, brewing your favorite cup of tea is now easier than ever!

Available in 8 colors in acetate package for a single pack per color.

Uni Brew-In-Mug with Infuser and Lid

The People's Mug with Infuser

I’m digging the new features, thanks Steepster! Especially love the “yes or no recommend” option—I’ve pretty much given up rating teas (not Steepster’s fault at all; I don’t think any attempt to give numeric ratings consistently would work for me anywhere) but the “cut to the chase, would you encourage people to try this” I can probably manage most of the time! And the “who owns, who wants” is great, along with the added options for steeping parameters (the option for leaf by weight, more than an assumed standard cup capacity, yes!). And yay, a designated teaware section (there sort of was one before, but making it more official is great…sometimes I think recs for that stuff are more reliable/helpful really as tea tastes vary widely but tea prep priorities rather less so though there’s still some variation of course). I’m sure it’ll take a moment to get my bearings with insta-recognizing what’s-what when using the site, but that’s inevitable. Do wish as some have mentioned that each tea’s description copy was at the top of its page instead of the bottom, but other than that nothing seems amiss/jarring so far. Appreciate you guys and all you do!

As far as steeping baskets go, this is the one I pretty much always turn to. The only tea making gear I use about as much as is my 8oz glass teapot with spout brake (so I can see leaves unfurl for stuff like oolong). I have the Steepster-popular Finum basket too but the dimensions of this work better for all my teapots, teacups, and mugs and offer more room for expanding leaves, and I rest easy knowing there’s nothing but stainless steel touching my tea (I doubt health is an issue on that front with the Finum but I can’t help but wonder if the plastic might eventually absorb and retain odors, and steel just feels more resilient to me in terms of wear and cleaning). I also prefer the lid caddy on this one. It feels more stabilized, less able to be tipped over than the Finums. Still comes in fun colors for the lid caddy lining so competes fine on that front with the Finum’s colorful options too. And the tab on this one keeps me from burning my fingers when lifting the basket out, while for some reason the Finum’s “wings” are less reliable (the tab also works better for me in terms of fitting teapots, etc.; the Finum’s thicker stubbier multiple tabs don’t play as nicely with other lids and wider mugs). It probably lets in a teensy bit more sediment than the Finum does (I don’t remember ‘cause I rarely use it but it appears the Finum wouldn’t let ANYTHING through) but I’m the sort who doesn’t mind some occasional tiny little sediment particles ( just don’t want actual, y’know, leaves in my cup and that’s not a problem). It also eventually stains but I’ve had good luck bringing it back good as new with the usual suspects (baking soda, vinegar, citric acid, etc.) everywhere except the very bottom of the inner chamber. I pretty much never use my Finum (despite it being alright and all) or any of my cute novelty steepers (my ManaTea!) unless I’m doing side-by-sides of multiple different teas all at once. I just like this one that much.

The bulk of my teaware…

The 24 oz teapot is my everyday pot. I love it so much, I bought a back up just in case something should happen…. The 45 oz pot is just for big groups as the infuser does not go all the way down into the pot to make smaller amounts of tea. Just remember to buy the size for the amount of tea you need to make.

The mugs are what we use every day. I don’t often use the mugs with an infuser except when I travel or am drinking a tea that resteeps well, but I do pour from the teapot into the mug. I love the handles. There is plenty of space to put your hand in the loop and not burn your knuckles on your hot cup.

The stainless infuser is perfect for loose leaf tea and easy to clean.

I got this with a forlife mug as a gift. I love it! The mug is nice & tall and the brew basket is large enough that the leaves can really expand. I’m very glad I got this!

It is a little hard to get tiny tea leaves out of the strainer, but it’s a lot better than other infusers I’ve tried. I give this a solid thumbs up!

I like this a lot for brewing a single cup and then reusing the leaves. It’s a little annoying to clean, but so is my other plastic-cloth-style infuser. I thought it would last forever, but after only a handful of uses, there is a cut in the basket. I’m not sure what happened, or if it came that way and I didn’t notice it, but if you get one, assume that it is more fragile than it appears. I might have messed it up in the drying rack or something, I don’t know.

As for the quality of the steep- it does leave dusty particles in the tea, the perforations are tiny and fine, but some bits of tea will be tinier and finer. It doesn’t bother me, I can just play Professor Trelawney with the dust. But if you’re someone who needs crystal clear tea, this infuser won’t make it.

Late edit: After using this for a long time now, I have to amend my earlier assertion that this is a ‘little’ annoying to clean. This thing is really, really annoying to clean. Fragments of tea leaves get stuck in the perforations and you have to really work at it to get them out. The mesh style infusers are vastly easier to clean.

I’ve always used tea-balls but was very frustrated lately with those, as I felt they did not allow for large leaves to really unfold and on the other hand were letting quite a lot of rooibos small parts seep into the pot. When I found this infuser at Dempsey Hill, it just seemed absolutely perfect and I did not hesitate at all before buying it.
I use it generally with my teapot, whose opening is a bit wider than a mug, but the infuser is very stable thanks to the handle. The cover is perfect to keep the water warm during infusion, as my normal teapot cover cannot fit with the infuser in.
The tea leaves have a lot of space to unfold with a cylinder 6 cm long by diameter 6 cm (2 inches 3/8). The quality of the stainless steel and of the seals seem pretty high, and quite up to par with a similar infuser I had seen sold by WMF for 3 times the price.
I’ve used it with different kind of teas and rooibos and am definitely very happy with everything about it. Very easy to use, very easy to empty and to clean, perfect size for my teapot or large mugs, good looking design, no stain on the table thanks to the cover being used as a dish for the user – with the silicon coating on this side, no accident ever when bringing back my tray to the kitchen (and it sometimes feel like I have two left hands…). Last the holes are indeed very very tiny which makes it the best infuser I’ve ever used for rooibos.
On small flaw, if/when I leave the handle above the opening of my teapot and forget to put it on the side, it gets a bit hot, which is not so pleasant to take it off. I never was burned just felt surprised and a bit too hot at the fingers.
And the price is ok, especially for the quality (around 20 USD).
I would definitely buy it again, and may also offer some to my tea-addict friends.

I use this one home but only in mugs, it is a very good infuser

I use something very similar from Cha Cult and like Ysaurella only in mugs. When I’m through with my tea, I throw the wet tea leaves out and leave the strainer on the kitchencounter to dry. When it’s dry you only have to shake it to remove the residu (which by then has become dust). Rinse off with a bit of water and soap and/or put it in de dishwasher occasionally and it’s all prepped for re-use.
I love how easy it is to clean and the room it provides for the leaves to unfurl.

I actually took this out of the Forlife Teapot I had because it is cracked and the infuser works fine. I really like it because it gives my loose leaf tea enough room to dance around. The only reason I gave it a lower rating is because the mesh and holes are too big! It leaves a lot of tea residue in the bottom of my cup. I like a clean cup of tea. I am definitely going to be looking for something new.

Best infuser I’ve used – the very flat mesh is very easy to clean. My favorite way to use this is in the Curve Teapot (http://en.forlifedesign.eu/pour-le-service/curve-teapot-1-3l.html#color=15), which is designed to be exactly the right size with the infuser. Lid fits snugly on the top, tea is nicely infused in the pot, cleanup is easy, I’m happy. I’ve used the infuser in mugs and other teapots with success, but having it exactly fit the Curve pot is incredibly helpful.