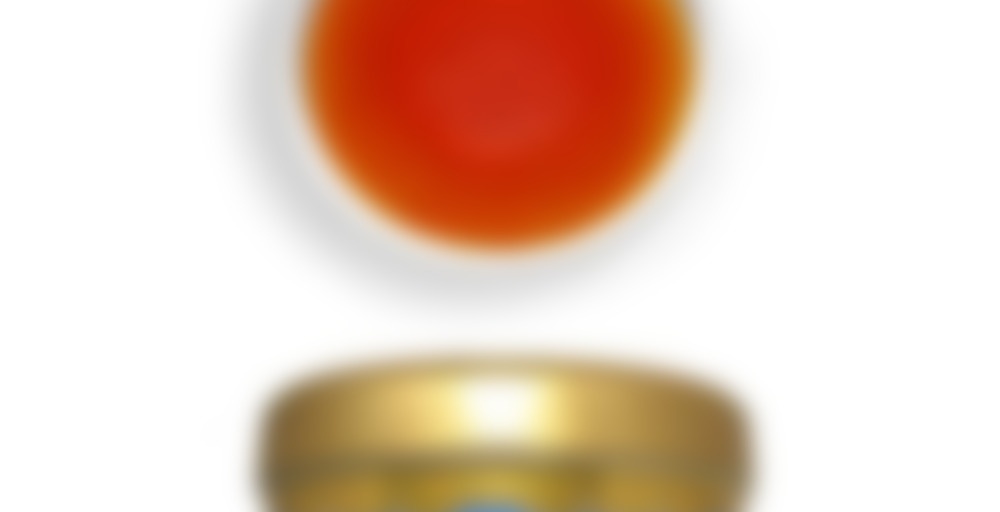 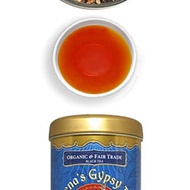 by Zhena's Gypsy Tea
81
You

One of our consistent best sellers, Gypsy King Chai is a unique blend of highest quality Assam leaves and Imperial spices. Steeping, cardamom pods, ginger, cloves and other spices swing into balance with the warm tones of the tea leaf itself. The effect is subtle, nourishing, warming and exotic with the heady aroma of far away places.

I’ve been drinking this all morning while watching the small dog that showed up on my porch. The little guy/girl seems to be quite friendly and socialized pretty well. It’s an older dog but looks like it has been well taken care of previously. I believe it’s a she, and she likes kids. She got rather excited when my daughter joined me on the porch. I really wonder why is she meandering around the neighborhood looking lost. Did someone just drop her off and leave her here? Perhaps she is a beloved pet and got away on a walk about. Any who on to the tea.

Cinnamon, clove and cardamom are well represented with a spicy kick of pepper to top it off. It’s very well behaved. I didn’t find it to be bitter or particularly astringent. I found a sweet flavor that I’m going to blame on the ginger, orange peels or nutmeg. Maybe all three are responsible. This a well balanced chai and made for a comfortable cup.

Love the name of this tea! Gipsy Kings are my faves

lol that would be a good name for s/he.

I’ve mentioned before that I have somewhat insane, uncontrollable shopping urges. It’s what Missy calls ‘bad dog’ moments. This tea was definitely a bad dog moment. I have a ‘medium’ Finum infuser basket, and it’s amazing and wonderful. So, for home use in our large teapot, we bought a ‘large’ Finum infuser basket from Amazon. It was a little less than $10. However, I had a $25 gift card.

And what do you do with extra money on a gift card? Buy a pound of tea. That you’ve never tried before. Bad dog.

I’ve actually known quite a few people who drink Zhena’s tea, and I know that I’ve had some before, it’s just been years and years. Maybe more. This is why I felt justified in sating my consumerist urges.

So, using the Finum basket in our standard teapot, today we have Zhena’s Gypsy King Chai.

The tea brewed to a nice, thick, caramelly color, and gives off a delicious scent. The clove and the cinnamon have the most definitive aroms coming from my cup… and it really is giving me high hopes.

The first sip (ooh, hot!, probably should have waited longer) comes across as clove and black pepper being the predominant flavors. It is a very smokey, spicy introduction to this tea. I think this tea could definitely be too peppery for folks who do not appreciate a little bite in their chai (but for those that do, woo hoo!).

Shortly after, the ginger and cinnamon take their place in the sip, which add a little bit of sweetness to the somewhat spicy profile. Behind that, the very smooth tea base starts to take form, but it is truly shadowed by the spices in the blend. Which… I kind of expect in most chais, really.

If you let the tea sit in your mouth for just a few moments, you can begin to taste a hint of the cardamom and orange rind. Neither flavor is really powerful enough to stand out on it’s own, but they definitely add to the finish of the tea. Maybe the tea would suffer without those, but I’m not sure. Not that it’s suffering with them in, obviously.

All in all I’m pretty happy with this purchase, and at sub-$20 for a pound, it could be a real cheap staple spicy chai. Though, I’m not sure that it’s a good summer tea, as I am now super, super warm. We’ll have to try it iced and see how it turns out. If nothing else, I’ll box it up and save it for the winter :)