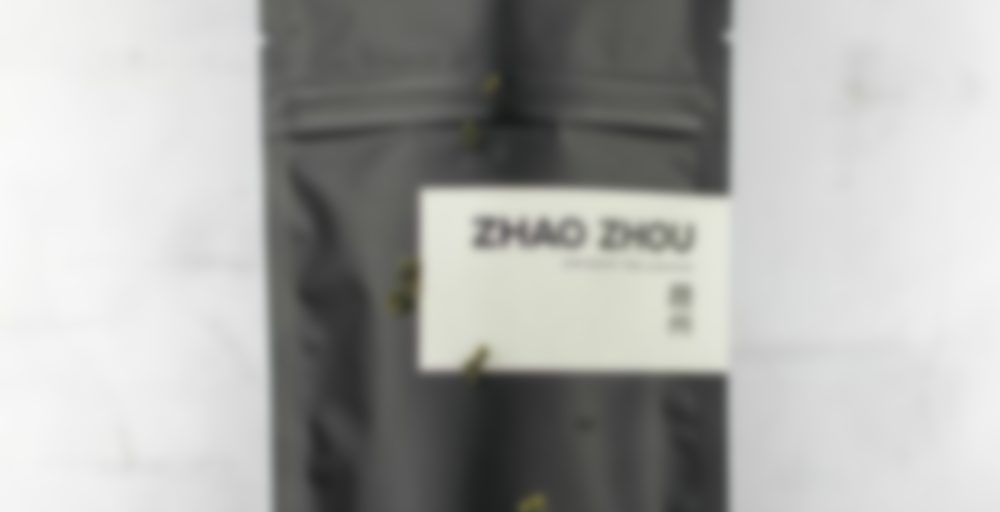 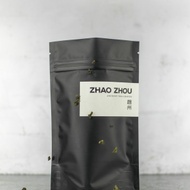 Shan Lin Xi (杉林溪, pine forrest) is a high-mountain green oolong from Nantou county, Taiwan.
The tea’s fragrance provides a refreshing and vitalizing effect. It has a relaxed, deep taste with a hint of vanilla, its texture is smooth and buttery. Later infusions bring out a unique, slightly astringent greenness that settles on the tongue with a very pleasing sensation. With time the tea’s primal taste turns into a long-lasting, rather sweet aftertaste.

Shan Lin Xi, with its altitude of 1400 meters above sea level, is amongst the highest tea-growing areas in Taiwan. The cooler temperature slows the growth of tea leaves thus resulting in smaller and more tender leaves. These leaves, similarly to those of a gyokuro, are richer in both amino acids and caffeine.

I was looking for samplers online to splurge on, and Zhao Zhou had one of the best assortment of oolongs I’ve yet seen. The selection had four different Dan Congs, a Mei Zhan, a Himalayan varietal, and more. This was the only Taiwan based tea they had in it, but still, all of the teas were a few of my favorites, especially this one.

The packaging of the sampler was gorgeous. The inside was decorated with leaves and branches, and the packaging came with a surrealist anthropomorphic dear. The offerings were excellent.

This was not the first one I tried nor is it the last one that I am back logging, but I gotta say that I am impressed with this oolong. The companies description of depth and a vanilla hint is apt. This tea was by no means vegetal, but was predominantly buttery and creamy with a few floral fluxes.

I doad wish I adhered to the companies instructions to the letter for Gong Fu brewing, I am pleased with the results in western style. Instead of doing 3-3-5-7 secs, I did that method in minutes while using 5 grams, 12 oz of hot water (190 F), and nearly 2 minutes and forty five seconds at first. I was able to get five solid cups, and I am trying to rebrew the sixth this morning.

I did rinse the tea before drinking it western. The rinse gave me vaguely floral impressions, so that was when I committed to the way I brewed it. The first cup was subtle, but in no means lacking in flavor or aroma. Hyacinth, butter, lilac, and vanilla permeated from my mug, and sipping it, the liquor soaked my tongue like cream and ended in my sinuses with a desert-like vanilla quality. It was a touch nutty, but I could not put my finger on it yet. The aftertaste was sweet nevertheless.

Steep two at three minutes, macademia immediately came to mind with the same vanilla notes the previous one had. Shan Lin XI’s usually aren’t this milky for me, but I am not complaining about this change of pace. These sips ended with a honeysuckle note, and a honey hint without being overly sweet. It was still as subtle as it had been.

Steep three had much of the same macademia and honeysuckle notes, but the lilac become the predominant flavor that was ended with an almost pineapple like finish. The fruitiness was faint, but it was there. I personally would not call this tea fruity, though, because it was more like a milky confectionery. More fruity notes appeared when the tea was cooled down, however. When my cup chilled to a winter temperature near fifty degrees, I sipped it and got a honeydew like flavor. Florals were still there, and it was sweeter.

Steep four brought out more lilac, mineral, butter, and vanilla hints. It was becoming a little bit more green. Steep five yielded more green notes and a little bit astringency. Some apple notes hinted their way through. Steep six is in progress this morning. I’m probably going to soak it for ten minutes if I haven’t exhausted these stemy bad boys too much.

Now that steep six is finished, it is greener. Taste and texture are creamy as ever, but thinner. Flavor is also vaguely milky, but a little bit floral like osmanthus. There is a little bit of a eucalyptus of spruce feeling in the end that is very faint. It could just be my tongue’s reaction to the mineral and floral notes.

Thus far, this Shan Lin Xi impressed me for its macademia notes and its lack of extreme vegetal notes. The vanilla note was also one of the best aspects of it overall. I could drink this with little issue, and it was complex despite being brewed western style. The overall price was not too bad for it either. It would have been priced at 49 Euros for 150 grams, which is pricey, but reasonable. This particular batch is out of stock since it was 2017 in season, but they do have the 2018 for the same price. The description of that one is a little different, but it still sounds excellent. I highly recommend this company for tea snobs.