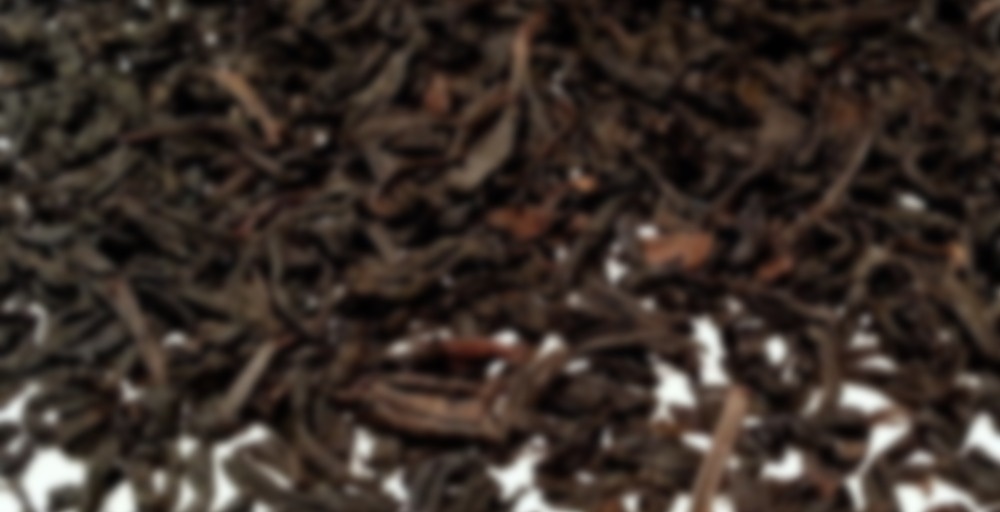 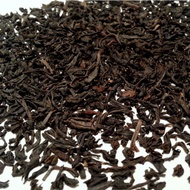 From the mountains of North Fujian. Lapsang Souchong tea has a famously smoky aroma and flavor. Lapsang is distinct from all other kinds of tea, because lapsang leaves are traditionally smoke-dried over pinewood fires, taking on a distinctive smoky flavor. The tea has very unique scent, reminding a smoked bacon, therefore not everybody likes it at the first moment, sometimes not even the second. However, there is a large group of Lapsang devotees, who consider it the best black tea of all.

No ratings for this one yet? Too bad!

I love a good smoky tea. But there is a fine line between the good and the bad smoky teas, I think. This one is delightful! I may have let the water cool too much, as the black base didn’t seem very strong. The cup was a very light brown in color. But the smoke is there. It’s also very sweet and silky. My second steep was brewed for a few minutes just after boiling and it is certainly stronger now! But it still isn’t anything astringent. It’s very smoky! Either cup, the black tea itself is hidden behind the smoke, so yeah, definitely smoky. I kind of liked that the first steep was milder and the second steep had such a kick to it. Certainly the blend I wouldn’t mind representing lapsang souchong in my collection. It’s like a BBQ at a bonfire!

I already mentioned it in the forums, but Zentealife.com has a 30% off sale on their wonderful teas with coupon code Summer2013. They also have a nice rewards program.

I know I have reviewed this before. We are on our third tin of it, yet it isn’t even showing up in my cupboard. Maybe a steepster glitch?

Anyway, I haven’t had much tea lately because the rebound reflux came back with a vengeance and was destroying my esophagus. Today went well, though, so I took a chance. Home flaked oats with maple syrup for breakfast and water to drink, apple slices and Gouda and home baked bread with butter for lunch.

Youngest and I were reading a detective novel (thank you, GMathis, we now have five of the Barker and Llewelyn series!) and a gentlemen’s club was described as having the scent of exotic spices and pipe tobacco. I struck an incense match and made a pot of Lapsang to go with the story so we could enhance the feeling of being right there with them.

Oh my goodness, this is why I have bought three tins of this in less than a year. The liquor is pretty pale but the flavor is oh so good. This is a bacon-y sort of Lapsang if you dare to dip anything in it, a sweet smoke flavor. Good golly it was good, and we made two pots. Finished the novel, too, and the ending was quite satisfying. The dog lived, Mr. Llewelyn recovers, and the bad guy dies without anybody having to knock him off.

You should try some shou at night. It has worked wonders on my reflux.

I think that you probably know this, but Lapsang Souchang was Shelock’s tea of choice.

mrmopar: I was drinking cold Puerh and cold chamomile when I first started this and I need to make more and have it handy. For the first week or two it was the only tea I could drink without feeling the burn. Other teas burned even when I just thought about them. Thanks for the reminder. I will get a pitcher made!

Daylon: Indeed, we were aware! I very nearly ordered a new batch of Baker Street Blend and Black Dragon from Upton last night, but then I reminded myself that we are trying to get the cupboard DOWN, not up! But I expect we will be getting some soon. I often buy it in the fall when school starts back for youngest, who lives on the stuff.

Drinking shou puerh as it’s the least ‘raw’ of all teas. Perhaps rinsing it twice and steeping it at hot as possible helps as well.

Teasenz: we are definitely going to increase our consumption of shou pu!

Well, I have never had Lapsang Souchong. I’ve been reading descriptions about it lately, and see many don’t like it. I was curious about the smoky and campfire description, so I tossed a sample in with my recent Zen Tea order. I’m digging most of the teas I’ve tried from this company.

I opened the bag and took several big sniffs – they aren’t kidding when they say it smells like smoky campfires and the whiff of bacon that has cooked. I like bacon as much as any person but wasn’t sure how much I’d like drinking anything with it’s flavor!

I steeped at a smidge over four minutes in a five ounce cup, poured over with boiling water from the tea kettle.

I really had no idea if I’d like it – first, I’m picky. Second, I’ve never drank anything like this. I’m delighted to say I actually do like it quite a bit. It’s not something I could drink all the time, but the smoky flavor and uniqueness appeals to me. After it had cooled down a little, I found big gulps tasted good. I like the aftertaste. I added a tiny bit of sugar and I find that helps bring the flavor out more. I almost feel the smokiness slightly in my chest and it’s an enjoyable, almost decongestant feeling. The sugar mixed with the smokiness is a great idea for me.

I can picture this type of tea with the woods, campfires, road trips, old fashioned cowboys on journeys, the moon high in the sky with fog. It would be cool to have a woodsland or moon-centered name with this kind of tea. I’m cheesy like that, ok? And I make no apologies about it by this age in my life. :)

As it cools, it tastes even better still warm. Having a cold drink nearby to sip in between makes this even more enjoyable. That’s a weird thing I do when drinking hot tea a lot of the time.

And for some reason I think an addition of blueberry flavor or other dark berry would taste enticing with a Lapsang Souchong.

I’ve been in the mood to have this again, having cravings. Must have been a closet Lapsong addict.

I’m certainly not the best candidate for reviewing such teas. I’ve decided now that I just don’t like the smokiness of certain teas, and lapsang souchong falls under that category. It smells like burning wood! I don’t know, it’s just not appealing to me. It just screams RUN AWAY RUN AWAY!!

Once I can get past the smokiness of this tea though, there is essentially nothing wrong with it… It’s got a nice texturity (if such a word exists). It’s kind of dry on the tongue and yet smooth on the finish. Like an old fashioned bourbon with bitters. Not that this tastes like bourbon at all. Minus the smokiness I’m reminded of when we drove through Avenue of the Giants. Smells like nature and the smallest bit of freeway.

I’ll keep it around for the ‘every once in awhile’, but it’s definitely not top of my list. but I don’t completely dislike it either. I guess it tastes like trees. lol.

On a side note, we won the World Series! Go Giants! Of course it would rain (POUR) on the day of the parade. Maybe the weather is celebrating with us and it’ll signal the end of the drought. A girl can dream?

It reminds me of my childhood and campfires and bonfires with friends.
For me, the smell is so special that I really enjoy this tea. It’s odd how smells really trigger memories. My husband hates the smell of it because it is so strong and scent and he (like you) just thinks it smells like wood burning. He never went to campfires or bonfires so he doesn’t have the good memories.

That makes sense. We never those things when I was a kid. So I learnt to associate the smell with burnt houses, woods, and rubber. Cigarette and cigar smoke really disturb me too. I love the smell of rain, fog and ocean though and I know some people really hate it.

This sample comes from DeleriumFrogs. Thank you!

I had put a Lapsang Souchong on my wishlist when i really enjoyed one of the smokey teas from Yezi. I am glad DeleriumFrogs included this in our swap because it gave me the chance to try this without having to commit too much. Unfortunately this was a little much on the smoke for me. This was like drinking a BBQ pit. I wish I could love them all, but this wasn’t my cup of tea. Thank you for the opportunity to try this type of tea.

I got a sample size and didn’t try it yet.

I think this is my favorite smokey tea, at least one that is currently available for sale. Too bad you don’t like it!

I really wanted to, but I guess not everything can be a favorite right? I hope you enjoy this one boychik, it seems like a really nice tea if you enjoy the smoke.