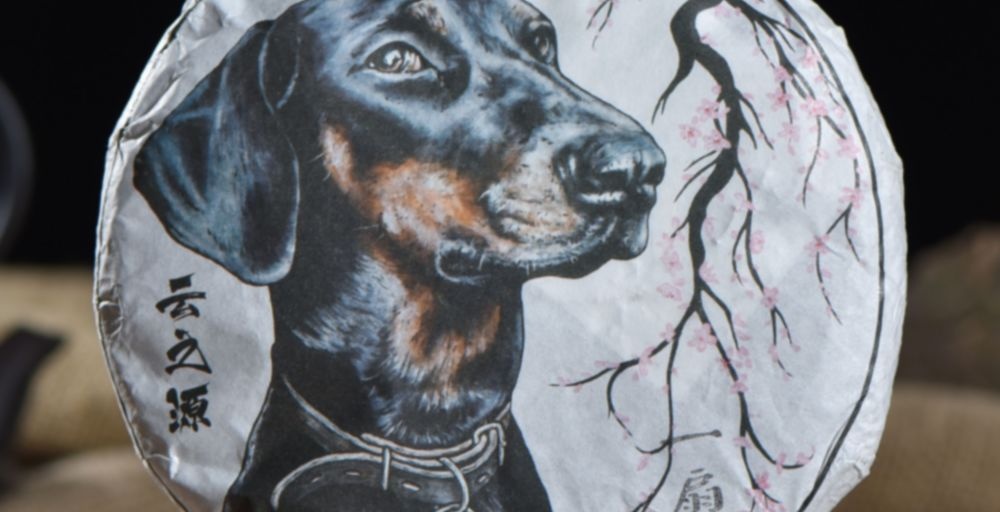 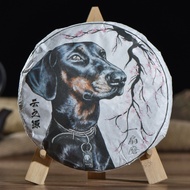 Wrapper Design and Illustration by Jake Knapp of the United States

This tea has been tested in a certified laboratory for 191 pesticides, and is within the EU MRL limits set for those 191 pesticide residues.

This tea teaches you restraint…or makes you broke. On the other hand, it steeps at least 1.5 times longer than most cheaper tea, which I guess makes it cheaper, relatively speaking.

Any tea that makes me crave it 3 months after the only time I’ve had it is a special one…or maybe I’m just addicted to tea.

Actually, I definitely am

We all are addicts here!

Steepster is a safe space.

It’s the tea vendor websites that get one in trouble.

Togo , if only you knew the half of the addiction…..

@Martin, I know right? I mean, come on, which normal person comes back from a jazz concert at midnight and instead of going to bed, drinks tea until 4am :D

Been there Togo! I came from part-time job in 6 am – could not fell asleep, so – let’s brew tea! And then, you stop counting, oh well, I am 40 hours awake? And then you sleep 8 hours and it is still okay? I am still amazed what my body does. But it hurts sometimes.

Ever since trying the Hai Lang Hao 2017 Yi Shan Mo ripe pu’er – and subsequently buying an entire 1kg brick of it – I’ve been somewhat infatuated with this village. Since then I’ve been on a quest to find a raw pu’er that spoke to me as well. Before this I’ve already tried Hai Lang’s 2015 offering as well as Yunnan Sourcing’s own 2017 autumn. The 2015 I’ve already reviewed, but found way too intense for me. The 2017 I drank a couple months ago, but did not write notes for as it did not come across as particularly interesting or noteworthy. I may have simply drunk it too young, a year from now it might be better.

I was probably not the only one knocked aback a little when I saw this and the Xiang Chun Lin listed among the first Yunnan Sourcing pressings for 2018. At 80–90¢/g, I believe these are the most expensive teas Scott has pressed to date. The prices are nothing outrageous for quality old arbor Yiwu, but in Yunnan Sourcing’s catalogue this hits a new price point. Since Scott typically demands a pretty clear correlation between price and quality from the teas he presses, I was interested to try this.

Since some of the past 10g samples I’ve ordered from YS have been clocking at close to twelve grams, I decided to weigh this one just to make sure I wasn’t going totally overboard. My sample was almost precisely 11g and after some deliberation I decided to use it all in the largest gaiwan I had on hand, which was 140ml. That’s a ratio of 1g/12.7ml, in case you are wondering. My sample was virtually entirely in loose form, a mixture of whole, intact leaves, broken bits and a couple minuscule pieces of the cake. I gave the leaves a brief sub-five-second rinse, followed by a ten minute rest while I sipped on the precious nectar that had grazed the leaves. The wet leaves carried the scent of peach and plum. This was carried over to the taste, which was strong, mineraly, with clear notes of peach. I could even taste the stone inside the peach, which was just uncanny. The finish was long and once the leaves cooled their scent became that of sweet, sweet peach tart. Simply amazing.

I proceeded to do a total of eleven infusions, the timing for these being 6s, 6s, 8s, 10s, 15s, 20s, 30s, 45s, 75s, 2 min. and 3 min. Yi Shan Mo started off strong, clean and mineraly, with incredible clarity of the liquor right out of the gate. I could feel a really active tingling sensation in my jaw and tongue of course. The back of the tongue especially, gradually extending back toward the throat. The taste was maybe slightly citric and tart – but the feeling in the mouth and throat was the highlight here.

The second infusion was powerful, but by no means overpowering or anything even close to that. It was clean, delicious, with a strong mineral vein running through it still. There was a touch of acidic tartness to give it the edge it needed. Super delicious tea. The feeling in the body was very notable. I could feel it in my chest, moving downward. When I breathed through my nose, I could taste amazing flavors in my mouth. Even after finishing the infusion, new, amazing, complex fruity notes were emerging on my tongue. Sensations and flavors were radiating from my throat, which was beginning to feel constricted while my tongue began to throb and grow numb. So much to write about one infusion. Based on how it started off, this was one of the best teas I’ve had.

Sold on this tea yet?

Steep three was strong, mineral, slightly tart. Somewhat creamy after you swallowed. Powerful, serene. Made you stop between sips and contemplate. The taste was slightly vegetal and oily, bitter greens one might say. The cha qi was quite prominent, but not overpowering and content in just hanging in the background. I got some huigan after finishing the infusion, maybe some lingering green bitterness as well.

I found the body of the fourth infusion somewhat disappointing. The taste had also devolved into “green leaf juice” with some fleeting bitterness, which was naturally somewhat disappointing after such a good run. The qi was still there, hanging around in the background. Steep five brought back the tartness, along with some sweet, sweet sweetness. The tea was aromatic, with some vegetable/garden/soil notes in the finish. The sweetness only intensified over time, later joined by huigan radiating from my throat. My mouth was left incredibly sweet. I predict this tea is going to develop an incredible sweetness over the years. Along with the sweetness, I felt a growing cooling sensation, expanding from my mouth to my nose. Eventually when I breathed it felt like someone was pressing an ice pack against the section where my nose and throat intersect. While this was going on, a small heatwave also washed over me, making me feel hot and cold at the same time and break into a light sweat.

Steep six was a mix of sweet, bitter and acidic. The body was acceptable and the finish great as always. The tea was quite aromatic if you did a long slurp. The somewhat intoxicating qualities present up to this point were still there as well. The brew that followed was super mineraly. The taste of bitter greens was present and the tingling sensation in my jaw and back of the mouth from earlier in the session made a return. Various aromatics emerged when you breathed out through your nose.

The eighth steep was bold and mineral, but also very singular with no complexity left. There was still perhaps some depth remaining, though. I was also still feeling the tea a bit in my chest, almost like it was telling me, “We’re not done yet.” The following infusion was very clean and acidic. The tea was maintaining good strength, even if the flavors hadn’t developed there yet. This was a nice, easy-drinking brew. Some sensation in the mouth could be observed still.

The second-to-last infusion was sweet and acidic – simple, but with a lot more depth then you would have expected. Even in its twilight, the Yi Shan Mo was surprisingly satisfying. The final steep was really sweet. Apart from the finish, there was virtually no harshness or tartness now, just a nice stone fruit sweetness. The finish was signaling me though that this might be the last good steep, so I decided to call it there.

If it wasn’t clear, I was very impressed by this tea. It’s not the best tea I’ve ever had or even the best Yiwu, but it’s up there. The impression left by this session is that this is a tea that is still really young and needs time to develop, but countless of the quality markers I look for in a good raw pu’er were there. This is why I keep going back and forth between wanting to give teas time before evaluating them and indulging in them early. I don’t drink tea for taste, or I should say that taste ranks fairly far down the list for me, so I’m starting to feel fairly confident in my ability to judge these kind of teas fairly even in their young state. Taste can change constantly, but other factors are generally more consistent over finite periods of time at least.

This is most definitely not a tea for pu’er novices as the price suggests, but fans of high-end Yiwu will find a lot to like. While not without flavor and at times actually quite delicious, at least in its current state I found the Yi Shan Mo much more of an aromatic affair and something fans of aromatic sheng will love. For such a young tea, the level of aroma and the depth and complexity it possessed was impressive. My experience with most young raw pu’ers I’ve had is that they can take some time to develop aroma, but this one is way ahead of the competition. Looking at a different spectrum, I found this tea to have a much heavier emphasis on body feel, sensation and cha qi than mouthfeel, texture and viscosity of the tea soup itself. It’s more about how it makes you feel rather than how it feels in your mouth and going down.

While the price is high, Yi Shan Mo certainly delivers. Quality autumn teas will naturally deliver better value for money, but as far as spring teas go, the price is representative of the quality. I will most certainly be purchasing a cake of this in the very near future and encourage all those who are interested to grab a sample. I’m glad to have finally found the Yi Shan Mo that is for me.