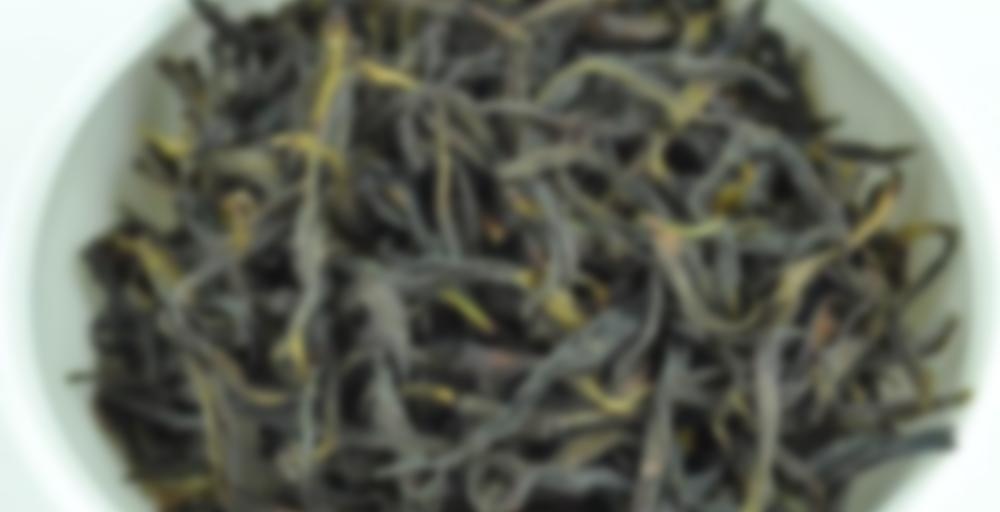 Phoenix Village is the home the to original four surviving “Song Zhong” trees that have been growing there since the Song Dynasty. Song Zhong is a naturally occuring hybrid of Shui Xian (grown in the Wu Yi Mountains). Song Zhong is often called “Sweet Potato Dan Cong” and has a sweet nectar like taste.

While not as premium as our Single Tree “Song Zhong” Dan Cong Oolong Tea this is an incredibly high quality Dan Cong in the “less than $1 per gram” price range. Creamy, vegetal, thick, complex and long-lasting this would be a good addition to lovers of serious Dan Cong Oolong.

This was the last of the spring 2017 Dan Cong oolongs I finished in December, and honestly, it was my favorite of the bunch. Prior to trying this tea, I had never tried a Song Zhong Dan Cong. Even though this offering was not even listed as Yunnan Sourcing’s most premium 2017 Song Zhong, I still loved it. It had a ton of character and was a tremendously enjoyable tea to drink.

An absolutely fascinating and delightful Dan Cong oolong, I can only wonder how well Yunnan Sourcing’s pricier and fancier Song Zhong holds up to it. This tea produced a liquor that displayed great depth and complexity, wonderful body and texture, and respectable longevity. There were a few points where I thought the layering of flavors could have been a little smoother, but otherwise, I had no real complaints with this tea. Check it out if you are looking for an enjoyable introductory/regular Song Zhong at a decent price.