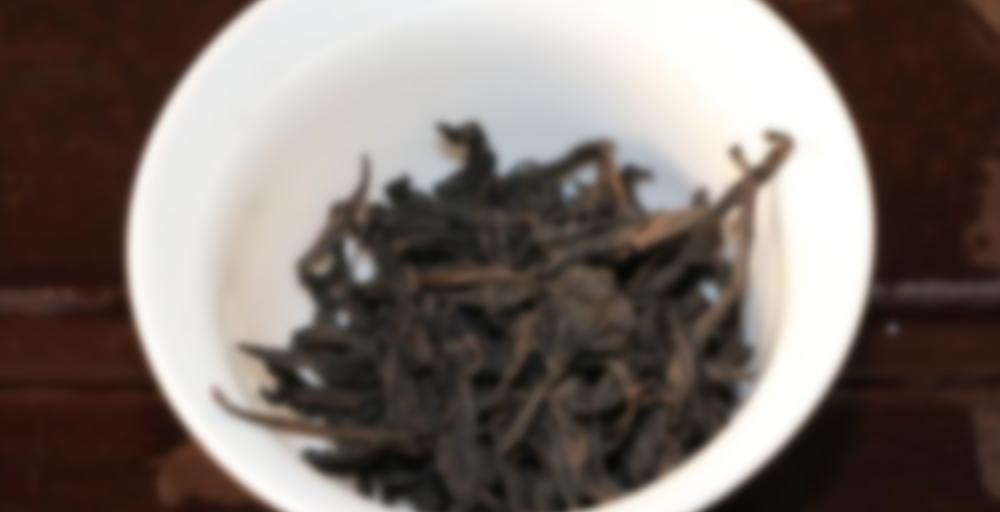 From the vendor: The material of this Rougui is from the rocky valleys, rock cracks where there are layers and layers of rocks and precipices. Special geographical environment provides a unique wonderful natural ecological environment for this Rougui Tea. They are totally processed by hand from picking to roasting.

About a week ago, I had some Ma Tou Yan Rou Gui Zheng Yan Wu Yi rock oolong tea, Spring 2018, from Yunnan Sourcing. I had ordered some Boutique Rougui (harvest unknown) from wuyiorigin.com. I thought it would be fun to compare the two. I ordered 25 grams of each. Both came in a mylar/foil ziplock bag. Examining the dry leaf, they both appear to be identical. Dry leaf smell was very similar, but a slight nod to Yunnan Sourcing. Their rou giu was slightly more aromatic and fruity.

I attempted to keep this as similar as possible. Identical porcelain gaiwans were used, identical glass cha hai were used, and I used a timer for steeping. I alternated which tea was brewed first to account for the slight variation in cooling time after it was poured into the identical cups.

These are remarkably similar teas. I would not be surprised if they came from the same source. If blind tasted 15 minutes apart, one would be hard pressed to say they were different teas. However, tasting back to back, there is a slight difference. The flavor profile is the same. They both have a significant roasted flavor profile. Mouthfeel is identical. Color of dry leaf, wet leaf, and tea liquor is identical. Aroma is slightly fruitier with the Yunnan Sourcing sample. Sweetness is slightly more with the Yunnan Sourcing. Fruity aftertaste lingers more with Yunnan Sourcing. Otherwise, they are as close to identical as twins.

This wasn’t meant to be a contest, but since both teas are so similar, it comes down to two factors for me. I prefer the delicate sweet, fruity note that the YS adds on top of the classic roasted mineral taste. It adds a little something to the rather flat, consistent roasted flavor of rou gui. Second is cost. YS’s 25 gram bag cost $7. WuyiOrigin’s “Boutique” rou gui costs $24 for 25 grams. That’s a big difference for nearly identical tea. I did not detect anything in the boutique sample that made it stand out and justify the extra cost. This was my first sample from wuyiorigin.com, and I have several more samples of their teas to try. I’m looking forward to seeing how their other teas compare.