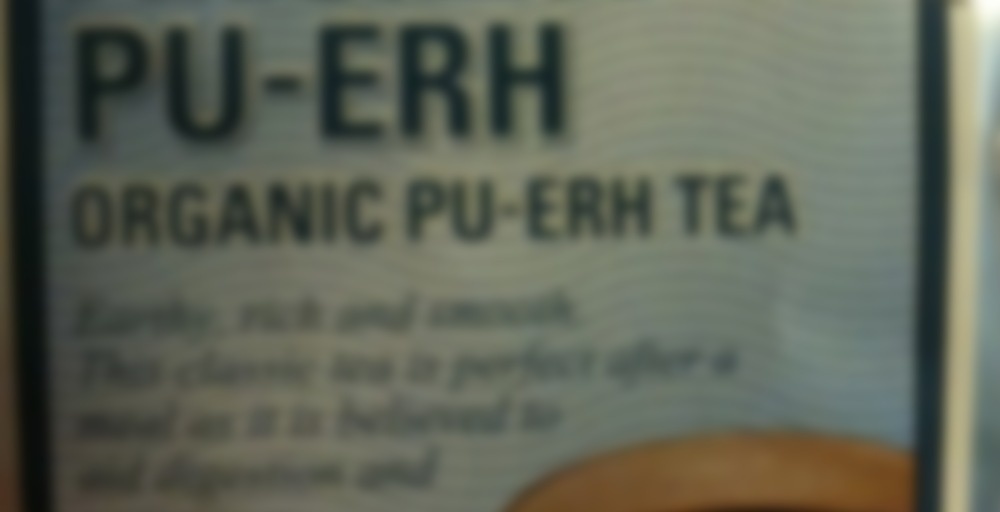 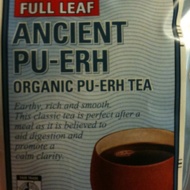 by World Market
76
You

Earthy, rich and smooth. This classic tea is perfect after a meal as it is believed to aid digestion and promote a calm clarity.

Steepster will absolutely not let me log World Market’s Mountain Wulong, under either of it’s listings, I tried several times today. I tried two days ago back when I actually drank it. No luck, I get an error message everytime. I saw that Jason was consolidating duplicate teas and while both show up and I was able to add one to my cupboard no logging. Anywho!

I received Mountain Wulong and Ancient Pu-Erh from my sister for Christmas, both loose leaf. I haven’t tried the pu-erh yet, but was pleasantly surprised with this one. I wasn’t sure what kind of oolong it was going to be but based on the reviews, I was hoping for dark and wasn’t disappointed. Nice wiry brown leaves with some silver mixed in. The scent reminds me of an Oriental Beauty or Darjeeling even though I know its from China. And the taste is nice sweet stone fruit, mineral and herbaceous notes.

It reminds me of the first Oriental Beauty I tried almost a year ago that opened my eyes to a whole other world of tea and led me to Steepster. I’ve had teas more complex and unique in the last year, but this is very nice. A good everyday oolong with enough sparkling moments to make it engaging. See this is me being not snobby. Will try to move the note to its proper page once the issue is resolved. Happy 250 tasting notes to me!

I had no idea that World Market made Pu-Erh along with it’s other teas. When I saw this in the tea section, I absolutely had to try this. What a wonderful surprise to a shopping trip aimed at buying chocolate.

I edited this review to include several separate steepings
-I steeped this tea Gaiwan style, and did 30+ second steeps each time.

Leaf Quality:
The leaves were chocolaty-brown, and several leaf buds were present. Longer leaves (and the name) hinted that this Pu-Erh may have been produced from Ancient Arbors. They smelled very earthy, but also malty and sweet. After “washing” the leaves for 10 seconds, I noticed a great woody aroma. This was very refreshing.

Brewed Tea:
First Steeping: This is one of the lighter Pu-Erhs that I’ve had. It wasn’t as astringent as I had expected for a ripened “Shou” tea. The liquor was a dark, pinkish-brown, and smelled typical of a Pu-Erh. The malt from the dried leaves showed up in the brew, and was quite welcomed, as it made the tea a little more robust (again, this was very light).

Second Steeping: This brew was only slightly lighter than the first. This cuppa was much sweeter, less malty, and more floral. It retained the same earthiness as before. It was a very smooth couple of sips. I also noticed a hint of mushroom in the background. Very nice.

Third Steeping: The tea showed more malt and leather notes this time. I got a slight smell of mushroom, but it wasn’t present in the taste. Very smooth and reminiscent of pine wood.

Fourth Steeping: The tea started getting lighter in color here. Muscatel notes showed up, as well as more Pine flavor. The earthiness remained as strong as it was in the first steeping.

Fifth Steeping: The Pine notes were completely gone, and the tea was only a slight bit earthy. A very floral brew with a hint of nuttiness.

I didn’t encounter the “fishy” taste with this tea, as other reviewers did. I suspect that some didn’t wash the tea first. This tea is great for the price, though I wouldn’t age this tea further.

Good job describing your experience. Did you steep this more than once? If you rinse your puerh 20-30 seconds you might get a richer brew if this is a nugget form.

Thanks! This isn’t a cake or nugget; it’s free leaves. Most of my experiences with Pu-Erh have been from cakes and bricks, though they’ve not been logged on Steepster and were aged from raw tea. I steeped it once tonight (I’ll do more in the morning, as I’ll be up extra early). By the way,do you prefer the aged green, or ripened Pu-Erh’s?

Ah, that explains…and I like loose puerh’s sometimes too, when you can let them steep for a long time like having coffee in the morning. Some are pretty nice.
I seem to like ripe puerh’s best. But, I have lots to learn. I have about 13 ready to be tasted and reviewed right now and that takes some time. It’s not like other tea that you can taste back to back after an hour or two. I can only give attention to one puerh a day. I take hours with it, really pay attention to color, scent, taste. EVERYTHING! I don’t eat or have the tv on. It’s like I went to puerh church, all quiet. There are a few other types of tea’s that take lots of time. A new Oolong might take lots of time. Any unique new tea.
I hope that answered your question. This is just my style. My preference. Taste changes though.

Wonderful insight, Bonnie! I agree that Pu-Erh teas take longer, as their character is more complex. The same goes with other aging teas for me, such as Dark teas.

I edited the tea (Again) to include even more steepings.

My tummy had been slightly threatening all day yesterday, and I have read that Pu-Erh is supposed to be good for digestion, so I thought I’d give this another try.

This tea just isn’t my thing. It has a scent to it that I can only describe as fishy. Do not want! At least not in my tea. I tried it with cream and sugar to see if it would mask that scent, but it didn’t.

On the plus side, it did seem to calm the tummy rumblings, so I would like to try a different Pu-Erh, and see if I can find one without the piscean scent.

Boiling 5 min, 0 sec
Yours I Like This
4 likes
2 comments
Edit

Yes, definitely don’t give up on trying Pu-Erh based on World Market (I haven’t tried it but can imagine). I recommend Verdant and starting off with a shu then maybe trying sheng down the road. They have sample sizes of everything so that’s great. http://verdanttea.com/teas/yanxins-reserve-04-shu-nuggets/ this one is a fave of many, but I also love the Peacock Village (low stock so you might not want to get hooked but its great to show you what shu has to offer). And for a really trip: http://verdanttea.com/teas/cornfields-shu-tuocha/

Thank you, I definitely am going to try another one. Thanks for the recommendations!

This is only the second Pu-Erh product that I have tried, so my realm of experience is very limited. I think it would be unfair to make comparisons until I expand the field some more. I’ll instead judge this one on its own merit.

Since I prefer strong robust teas in the morning, I brewed this tea for the full five minutes at 212 degrees. The aroma reminded me of newly tanned leather. Images of mahogany wood also came to mind. The color was a rich dark brown, like black coffee.

The flavor was not as strong as I would have liked. It had a medium-power malty, earthy, and leathery taste. No bitterness appeared, even after the maximum steeping time.

I said I wasn’t going to compare the two Pu-Erh teas that I’ve tried, but I can’t deny that I found the previous brand (Teavivre) to have a much fuller and more complex flavor. The World Market offering, though, is not bad and is reasonably priced. I will drink the 50 cups that I paid for but will continue my search for better entries in this arena.

The third steep of this tea is a good place for me, I’m liking it a little weaker surprisingly. The smokiness is dissipating and the earthy sweetness is coming out more. It’s much nicer and smoother.

Very smooth and soothing shu. It’s like my chicken soup :)

Okay, I am logging this again because I really really am loving this one. Maybe it’s my mood today (unexpectedly inexplicably giddy), but I am loving this more and more. It was slow at work so I even got to properly time it (only three minutes) and got two steepings in before I went home, enjoying third steeping as I type. :-) It is consistently yummy every time, again woodsy and pastoral. I could also be growing too fond of it because I swear my hair stylist dyed my hair the same dark dark brown with a hint of red color. I looked in my cup and saw my hair. :-D

having never tasted pu erh tea cakes or aged pu erh, I’m just guessing my way through my first bag of this. wash it first before your brew it. I also, strangely, think it tastes good with milk (2%), until its a terra cotta color. I brew the life out of it every time, and it holds up for a different taste every time. a good stand-by, but i’m looking for further adventure in pu erh.

let me add that today I got a new yixing tea pot and dedicated it to this pu erh, and wow, it really makes a difference. I’m on brew 8, and it opens up to real sweetness. hurray.