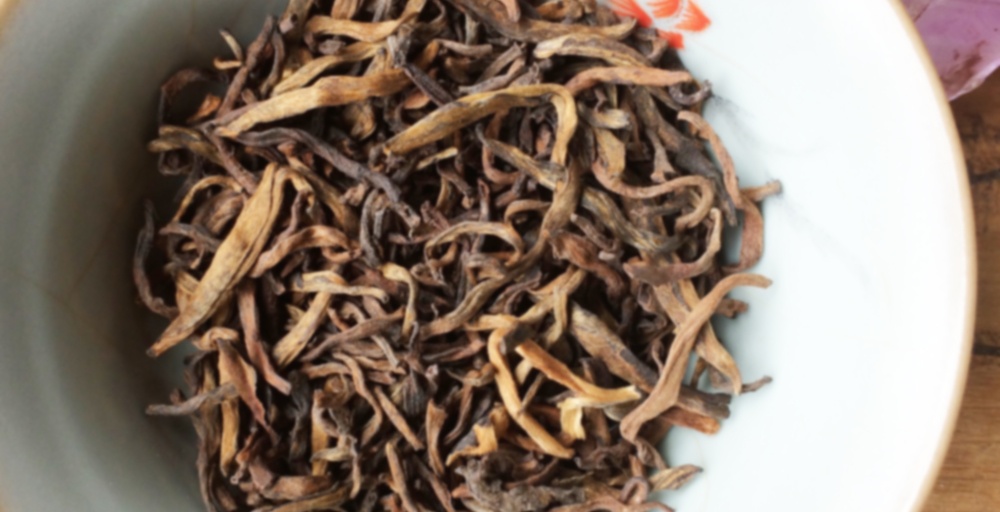 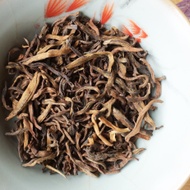 by Whispering Pines Tea Company
83
You

A blend of material from Menghai as well as Bulang Mountain, Lord of the Lakes consists of gong ting, gold needle, and golden pu-erh from 2007 and 2012. The shou pu-erh in this blend is of a light to medium fermentation. This pre-release batch of loose pu-erh is very limited and only 500 cakes are being produced. These 100g cakes will be released in Spring 2016.

I really couldn’t get into this tea. After a 10 s rinse, the first cup tasted extremely bitter, with dirt underneath the bitterness. Second steep was pretty much the same. Third steep, I could detect a bit of cherry, but it mostly tasted like dirt. I’m now suffering from the extremely unpleasant aftertaste.

Brendan included this as a free sample in my order. Thank you so much!

I let the dry leaf sit in the heated bowl for half a minute. That brought out an aroma of milk chocolate cocoa, with loam underneath. After the rinse, the leaf smelled of bread, and somewhat sour. Later in the session had black grapes and earth.

It takes a bit for this shou to come out. The first few infusions taste mostly sour. The liquor is rusty colored. At the fourth, the liquor turns very dark red and is cloudy, but then it clears beginning with the fifth.

It is at the sixth infusion everything falls into place. The texture is thick and soft, and the the body is full. At first I taste cream of mushroom soup, which then develops into a maple syrup sweetness. Seven through nine are sweet with cocoa and earth, with an aftertaste of plums. A heavy feeling. After this point, the shou weakens in flavor and color, but the texture and body remain the same.

I am so happy to be able to try a pre-release tea! This was awesome! I wasn’t able to have as much as I wanted, but I made it work and still had a lovely gongfu session. The maocha consists of a scatted assortment of varied leaf sizes. I can also spot a few golden needles in the bunch. They carry a light fermented scent. I warmed my gaiwan and placed what I had in the bowl. The scent was a sweet musk deepened with some leather. I washed the leaves and prepared for brewing. The liquor started an incredible ruby red. The steeped leaves gave off a savory and summer lake scent. This is not a gross lake smell, but rather a brisk and mossy lake scent. The flavor is amazing! This truly is Lord of The Lakes! The taste is slightly sour with a bit fermented tone. This is a potent drying brew, and it gives a smoothed out wood taste. The after-tones consist of slight fruit and deep peanut. I could possibly taste an almond tone with this maocha. I wasn’t able to pull to many steeping sessions out of this brew. I was able to get about five or so. However, the brew grows increasingly more clear and becomes sweet. The sweetness in my cup is alike sugarcane and maple. It’s a fermented and wooded sweet tone. I will be for sure acquiring a cake or two of this brew. This company is beginning to peak my interest towards Shou…

This is great. I love it with a longer steep. It ’s smooth and a little sweet. I want more, immediately.

It steeps for a very long time. I started this AM, took a break, came back for more. Nice and relaxy. Perfect for when people are working your nerves!

This is really good tea. It had a lot of fermentation flavor in the early steeps. It had a delicious thick tea soup early on, I think that you would use the word creamy. It was slightly bitter in the first two steeps but this did not linger. It was naturally sweet in nature and lasted quite well. I steeped it ten times with only a seven gram sample in a 125ml gaiwan so ten steeps is impressive considering that I’m sure I could get two more steeps out of the sample. I usually use 10g in this gaiwan but I like the way this gaiwan pours so the 125ml it was. I will definitely want to purchase at least one or more of these cakes. I think this might be worth a tong purchase.

This was good, I foresee a tong in my future.

OMG This is Yummy!!
First steep
Very nice, rich and thick tasting with an awesome mouthfeel so velvety smooth and a lingering sweet aftertaste. I get some slight pecan notes and cocoa and slight camphor.
Second steep
Mmmmmm, same notes as steep one but much more intense and this time with a nice unusual earthy note, different than other puerhs, a kinda woodsy earthy note, the aftertaste pretty strong.
Steep 3
I can’t really describe this steep, It’s so nice and warm, like a hug on the tongue.
Steep 4
I wonder these different colored fish food flakes taste different to my fish, he seems to really like the reddish ones or maybe he can just see them better in the water, I dunno.
I’m kinda sweating a bit, whew, I think i’m feeling the Qi now :)
Steep 5
That moment when you are in the NOW,everything else just kinda stops and melts away leaving you there with no worries, no pain, no thoughts really, no thoughts of the future or the past, Just the NOW. Just staring off in bliss sipping your tea with no other concerns. A perfect Tea!

Really looking forward to next spring already so I can get a few cakes of this one :)