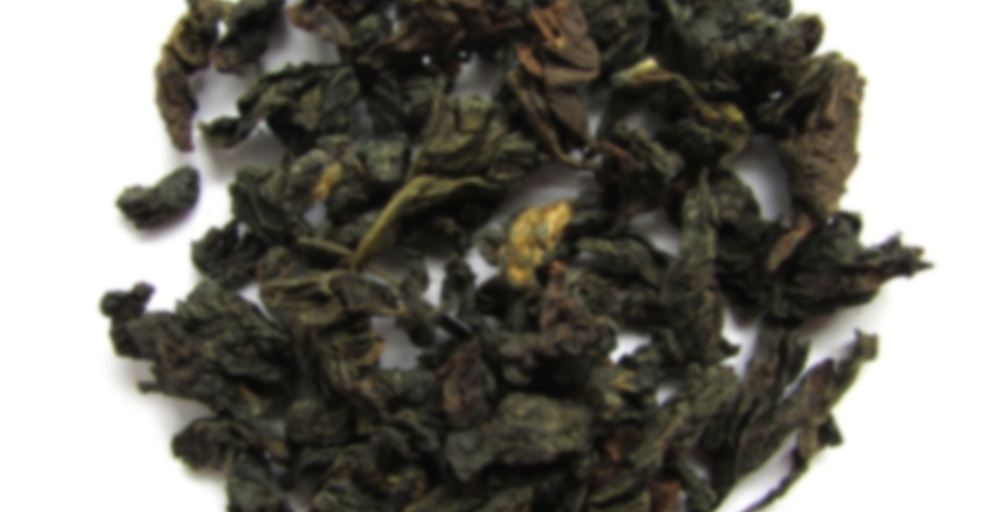 An experimental tea attempting to replicate the rolled Taiwanese style oolongs, it has a sweet creamy floral taste which is typically associated with Jin Xuan oolongs of Taiwan.

People, I have been so lazy lately. My backlog has once again grown due to me not posting anything for nearly a week, and it has not been like I have not had time to get anything done. Truthfully, I have not been feeling well and got to a point where I found myself forcing my way through tea reviews due to lack of energy, motivation, and inspiration. Writing them had turned into something I did not enjoy, much more like a chore than anything else. It was tedious for me. I realized I was forcing myself to stick to such a fixed reviewing schedule more out of a sense of obligation than anything else. So, what did I do? I resolved to take a short break. Now I’m back, and we’ll see how this goes. If I feel good about things after today, I’ll get back to posting things on here a little more regularly, but if I don’t, I will probably end up taking another break. Anyway, this was one of the last teas I finished before my brief rest period. I found it to be a solid oolong that was reminiscent of both some Dancong oolongs and some baked Taiwanese rolled oolongs.

Prior to the rinse, the dry tea leaves emitted aromas of raisin, plum, wood, and black cherry. After the rinse, I found new aromas of honey, peach, rose, and violet. The first infusion introduced candied orange and baked bread scents as well as a subtle aroma of malt. In the mouth, the tea liquor presented notes of raisin, plum, baked bread, malt, cream, and honey before moving on to reveal candied orange, black cherry, rose, and violet impressions on the finish. I also caught some interesting and unexpected roasted almond and pomegranate hints in the aftertaste. The subsequent infusions brought out aromas of cream, vanilla, and pomegranate to balance the amplified floral impressions. There were also some fleeting roasted almond scents in the background. Stronger and more prominent black cherry, roasted almond, and pomegranate notes came out in the mouth along with belatedly emerging wood and peach notes. New impressions of minerals, butter, vanilla, and grass showed up too. There were even some hints of coriander and nutmeg that were most noticeable on the finish and in the aftertaste. The final few infusions offered lingering mineral, wood, malt, grass, and cream notes that were backed by fleeting, ghostly rose, candied orange, violet, baked bread, black cherry, and coriander impressions.

A very nice oolong with an appealing texture present in its tea liquor, I think this was mostly a successful experiment overall. I loved the way the floral aromas and flavors popped, and there was appealing depth and complexity to the tea’s fruity characteristics. This being said, my rating may seem a bit low to some of you, but know that I am grading this tea in comparison to some of the other Nepalese oolongs offered by What-Cha. Though very good, this one did not quite equal such offerings as the Nepal Silver Oolong Tea, Nepal Pearl Oolong Tea, or the Nepal Jun Chiyabari ‘Himalayan Bouquet’ Oolong Tea, and for that, I had to assign it a somewhat lower numerical score.

Once you feel like the reviewing is a sort of obligation, I think it’s a good time to stop at least for some time. Maybe you will find that you don’t need it anymore or that you need to change the way you conduct them if it is certain aspect of the reviewing that you will begin to miss.

Personally, what I value most about writing the reviews is that it increases the mindfulness aspect of a tea session. There are many times when it can be distracting though and I want to just have undivided attention to the experience itself without caring about how I would describe it. Both are valueable for me as far as focused sessions go, although I haven’t been doing much of the latter recently. I mostly just drink tea casually or review it nowadays.

I need to keep this one short. Been busy with student teacher stuff and trying to figure out how to balance my energy levels, be more efficient with grading and paperwork, and maintain some semblance of a healthy personal life-i.e.-working out and seeing friends when I can without losing sleep. #Lifegoals.

Anyway, this tea was pretty unusual. The Jin Xuan similarities that Alistair described were present. Gong Fu brings out more dimension in my opinion because of how it fluxes from a first flush Himalayan tea, Dajeeling or from this general Terroir, in its light sweet florals and nutty roasted body. Western was pretty consistent, though the resteep values were decent and complex.

In general, the body was creamy and floral in some form for every brew, and subtle sweet notes occasionally popped in the background like plaintain. The first three and the last two steeps were the most floral, the middle body no matter the brew had the more light-
medium roasted nutty qualities. Though the oolong is still green, the more leafed sessions nutty notes bordered on the similarities of a first flush black tea, and even a hong cha or hwang cha without cocoa, but instead focused on the nuts, florals, and almost potato-y starchiness. You can still tell that it was an oolong, which is why I should say it is more akin to a light roast Jin Xuan or Dan Cong, but again, it is closer to a Dan Cong and the florals are more like the first and second flush black teas of the same Himalayan terroir.

Though I this tea is not my favorite, it was distinct and very likable. It is a worth while try for any sommeliar who wants to examine something experimental, and as with any Nepalese tea, I think its worth a try because this terroir is not always as appreciated as others. It has enough sophistication to think about and it has the special quality of balancing its floral and roasted character, which is a trait that I’ve seen in half the oolongs I have tried. Other people might be unimpressed and just categorize it as an oolong, or tea while at least noticing some of the florals. Though I do not need more of this tea in my life, it’s one that I am glad that I tried anyway as I get more hope from what Nepal has to offer.

Yay for student teacher challenges! You’ll figure it all out. Eventually. Yeah, those days can be hard.

It’s got the same re-occuring problems we talked about before. Everything has been predictable, as well as every mistake on my part. Time to put in a better prophecy to fulfill. What’s the process like in Cananda?