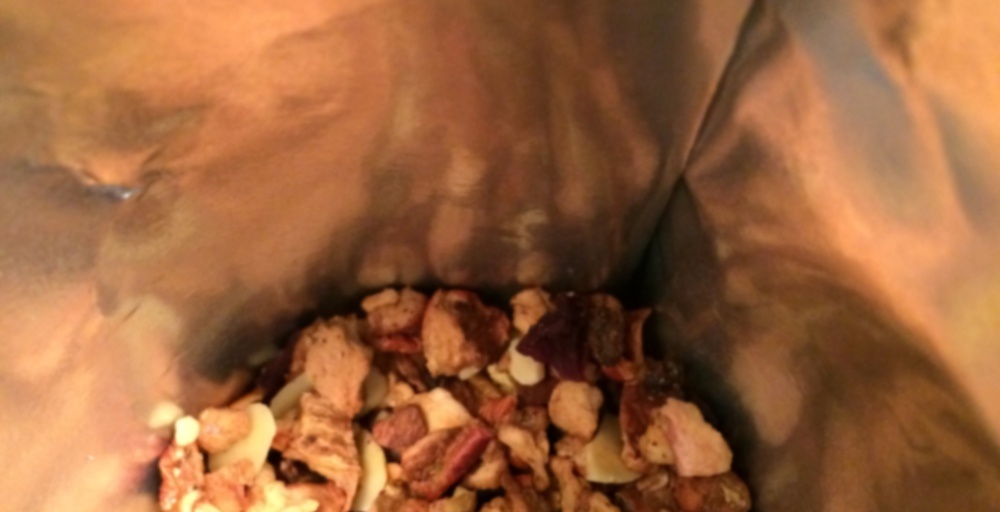 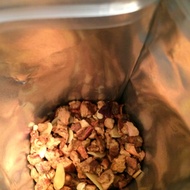 the aroma of this tea both steeped and just in the bag are devastatingly delectable. I mean, it would make a beautiful potpourri, it really smells that good. however, the flavors of the tea after prepared are terribly subtle to my palate unless steeped a bit longer than recommended, which bothers me because I like my tea quite hot. for its aforementioned shortcomings, it still is a pleasant tea. its better in my opinion with sweetener, though I generally prefer teas that do not necessitate sweetener to realize their full potential. If less expensive, I’d probably buy with more frequency. As is, I’ll definitely drink that which remains in my tea cupboard, though I am not convinced I’ll repurchase when I’m out.

On the third day of sipdowns…

The rest of my family had waffles for dinner that smelled EXACTLY like this tea so I fished this out of the sipdown pile. I didn’t notice this before but there is some apple undertones beneath the oatty, nutty, almond flavors. There’s some spices, namely cinnamon that round it out a bit.

I love this tea. It is truly my favorite loose tea because it is good on its own, or I can add a teaspoon or two to a pot of my mate blend to enhance the richness. It blends so well with other teas in my collection, so every flavor becomes more decadent.

So I went to Wegmans today again for soup supplies, and couldn’t resist going down the tea aisle (also, have I mentioned that they sell Republic of Tea cheaper than World Market AND their own online shop – most of the cans are $7.99 or $8.99 – awesome). Sorry, side note.

This is basically Davidstea Forever Nuts which is pretty awesome. BUT it’s only marginally cheaper than the Davidstea version. Davidstea FN is $3.835/ounce for lower quantities and then $3.451/ounce for the larger quantities (plus you get the free tin) and the Wegmans version is $3.125/ounce. Still cheaper, but not as significant as some of their whites or green teas, for example.

Either way, I heard this was seasonal, but the tin at my store didn’t have the seasonal label so that makes me think it’s going to be part of the regular collection which is awesome, and it won’t make me feel guilty about drinking my Tiesta Tea version (and also won’t be nearly as frustrating if they don’t have that sale again this year, though I hope they do!).

Anyway, rambling aside (nm there’s more). I’m about to have 3 free Starbucks rewards and I want to pick expensive good Teavana tea for my rewards. Any recommendations?