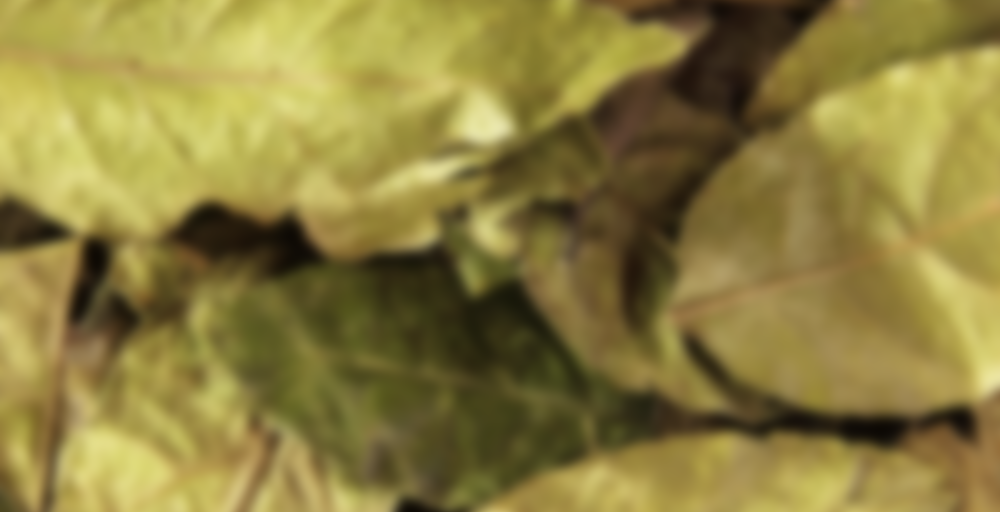 by Waking Herbs
82
You

Our Guayusa ilex whole leaves are wild-crafted by Quechua (Kichwa) people in the primary Amazon jungle in Ecuador. They are shade dried on ceremonial Quechua land surrounded by wild gardens full of sacred plants.

Needless to say that our Guayusa is not treated in any way. The sun dried it, that’s all.

The plants is grown in a chacra, a Quechua forest garden. No fertilizers nor chemicals are used. Basically the sustainable nutrients flow between the species the same way the rain forest contains itself without any human intervention.

The leaves are gathered and dried, then traditionally drunk as a tea in the early morning hours among indigenous peoples of the rainforest, as they recounted their night’s dreams, myths and stories.

Focus – Night Watchman
The I. guayusa has become predominately a cultivated tree, mostly in the regions of Ecuador, Peru and Colombia. Once the leaves have been harvested, they are hung out to dry where the robust earthy flavors develop. Traditionally the Quechua have boiled the leaves in water and drink this decoction for its stimulating effects, which are also considered to bring a clear focus and concentration that is not followed by the typical caffeine crash of other stimulants such as coffee. Known as “The Night-Watchman”, hunters will consume I. guayusa while hunting to maintain alert and focused throughout the night and to sharpen their senses.

Content
Chemically speaking, I. guayusa contains xanthines such as caffeine, along with two other species of the Holly genus, Ilex paraguariensis, or Yerba Mate, and Ilex vomitaria, or Yaupon Holly. It also contains theobromine, found in the cacao bean, L-theanine, found in green tea, glucatamic acid, feluric acid and chlorogenic acid. It also contains 15 essential amino acids and has over 300 antioxidants.

History
According to the Jivaro people, Guayusa is so habituating, visitors to the jungle were warned before drinking the tea. As they believed that once a person drinks Guayusa, they will return to the jungle forever after.

The Quechua have foretold of a story, where their ancestors prayed for a plant that would teach them to dream. They were shown in a vision of the Guayusa tree, which they then took back to their village. It has been enjoyed among their people ever since. Known as a plant to induce visions in the dreamtime, the Quechua would be able to foretell whether hunting expeditions would be favorable.

A very well known ethnobotanist, Richard Evan Schultes found a bundle of I. guayusa in the tomb of a medicine man high in the Bolivian Andes Mountains, which is far outside of its growing environment.
Habitat
Ilex guayusa is a beautiful tree, growing up to 30 meters tall, that comes from the Holly genus, which is native to the Amazon rainforest. Three trees in the Holly genus are known for their caffeine content and I. guayusa is among them. It is native to Ecuador, northeastern Peru, southwestern Colombia, and grows between 200-2000 meters of elevation. It is an evergreen tree, with its leaves being ovate, elliptic, oblong, or lanceolate. The tree also produces delicate flowers that are small and white and eventually produce a red spherical fruit.

This is my absolute favorite tisane and my favorite company to get guayusa from, as I can order by the kilogram as whole leaf. The cherry on top being that it is fair trade from an Amazonian tribe this company works with. They first sent a sample of this tea to me as a gift and since then, it has been an everyday staple of mine for a quick pick-me-up tisane. This tea is a light golden color and has virtually no tannins -meaning that it won’t stain your teeth. It also has a light taste with a strong punch of caffeine and l-theanine, that seems to last for much longer than a tea or coffee buzz. Another interesting fact is that it contains theobromine, just like chocolate, making it great for blood flow. I absolutely love how calm, focused but energetic I feel on this tisane and it never causes me to feel jittery. I tried sourcing this tea from another place, though they only had it shredded and I felt it didn’t taste or hit me as well as this whole leaf provider. I used to share this with the night crew I worked with and all of them loved it as much as I do. Although its rich in caffeine and other beneficial compounds, I can still sleep soundly after drinking this. A very good tisane for circulation and a calm energy.

using mineral water might take care of teeth staining, in relation to shredded/ leaf, i found it makes a difference when you boil some from cold on ultra low heat

That is something I will have to try, thanks Sierge! I found this recipe on empiricaltea.com for water recipes and I also want to take a stab at that when I get the time. It supposedly is formulated for tea drinking, one is called “simple syrup” and the other is called “Truth Serum”