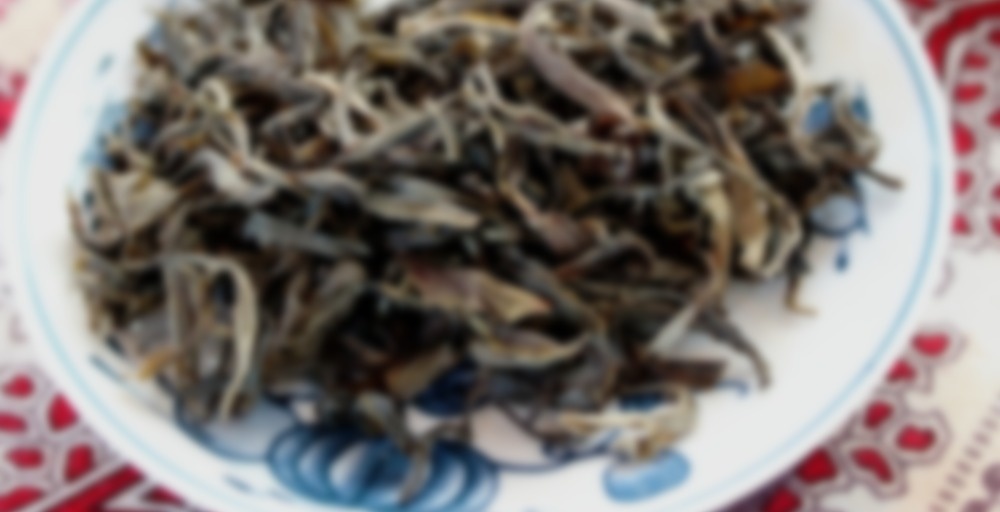 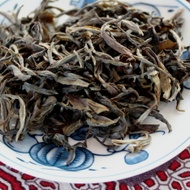 by Verdant Tea (Special)
77
You

Master Han picks wild tea trees in the Qianjiazhai region of the Mount Ailao National Forest Preserve, Yunnan. He takes the utmost care to “let the leaves speak,” pressing each batch of leaves differently to bring out their best, either as a looseleaf sheng, a black tea or a pressed cake or ball of tea. After such positive reception to Master Han’s 10 year aged sheng and his wild-picked black tea, we asked him to pick something out this month himself, something that he was especially excited about.

He chose to share this younger wild picked sheng full of silver buds. Made from larger bud and leaf material compared to his aged and pressed cakes, this sheng highlights the wild nature of Master Han’s home in Qianjiazhai. Master Han is a man of strong opinions- refusing to make shu pu’er for example because he doesn’t think it suits the leaves from his plot of the forest.

We were surprised when he sent us a younger sheng for the reserve club- until we tried it. You can almost imagine standing among the wild tea trees in Yunnan just from smelling the dry leaf. When I first met Master Han, it was clear how proud he was of his home. He may be quiet, but I know that he thinks that he is making some of the best pu’er out there, a kind of pride I can respect when he backs it up by carefully tending his trees, hand picking every leaf and bud, and treating every harvest uniquely in processing.

The aroma of this tea is packed thick and concentrated. I imagine taking shelter under one of Master Han’s tea trees in the rain on a warm summer day and smelling the steam rising off the wet bark and soil.

The early steepings immediately grab my attention. If the crackled blue of Ru Kiln porcelain were a taste, this would be it. Like the coolness of stone, the sweetness of powdered sugar, and the citrus of early spring mandarins.

The next steepings introduce a creamy thick savory element closest to almond butter on wafer crackers. The mineral, citrus and nutty elements blend together in a way that feels like the taste a Dragonwell would have if it were made into an oolong.

Keep steeping this out all the way- later steeping are so soothingly sweet and smooth with a green bean heartiness that carries forward. Tasting the story of this tea change over many steepings is a prelude to the longer story ahead as this tea smooths out with age and grows darker and richer. A wonderful testament to the value of traditional wild picking and processing that Master Han is devoted to.

Well I was going to finish off one of the green oolongs gongfu today but I appear to have forgotten them at the office. So I figured, well, maybe I will sit down with one of those shengs.

I chose this one first because it is not aged long and I wanted to try a relatively “fresh” sheng before I move on to the aged one. I am unsure of whether I have had a sheng; I’ve certainly had shu puerh before, but the smell of the dry leaf is familiar to me, so maybe I have. The dry leaf smells very vegetal but also kind of mossy and then also warm like yeasty bread.

When the hot water hits the leaves I am struck by an intense leafy aroma, a little like cooked spinach. The liquid from the rinse smells familiar to me, but not as a tea; more like fresh, damp earth. The actual early steeps (3 seconds) have more vegetal notes in the aroma. They also have a distinct scent of puerh that is hard for me to couch in any other terms. It is a bit treeish, that is both leafy and woody. A little bit of cedar, a little bit of oak. The flavor is slightly minerally and woody, with a bit of cooked greens to it as well. A few steeps in I got an intriguing floral aftertaste of osmanthus that was subtle but present. Hmmm, unexpected!

I never got almondy notes that have been noted before, but I did really enjoy the later steeps. This was a pretty good experience and I look forward to trying my other shengs.

I’m still fairly early in the steepings of this, but it’s putting me the perfect taichi frame of mind. I’m ready to go move some energy, if you know what I mean.
I’ve written a much better review than this one previously, & I stand by it. This is a lovely textured sheng, light & savory, with hints of lime, unglazed clay, & a creamy vanilla feel that is coming up now. I’ll have to return to this one later, as I brave the pollen count to drive to class.

I know, lol. I just re-read my description, & it’s funny how we will perceive tastes & textures that we normally wouldn’t seek out, & yet we enjoy the tea anyway! Anyway, this one is definitely not earthy. The clay taste/texture is clean, mineral, kind of like a brand new yixing.

Revisiting this one some more today, & I’ve sipped through a limestone kind of taste & texture, not to be confused with the earlier lime fruit qualities.
My current cup is creamy, but also kind of fruity & bright.

I’ve been drinking this for the latter part of the day and haven’t made notes for an in-depth review, but it is pretty delicious. Started out pretty sweet with honey and apricot notes, and melding to a slightly bitter, green tasting flavor. Short steeps and 2 rinses for this one. Fresh and good! Will rate later as on my phone.

I’ve been sipping on this one most of the afternoon. It’s another really refreshing, light puerh. The first few sips were clean, slightly like spring water… as i had subsequent steeps, it became slightly nutty and then trended towards green tea/vegetal like :)